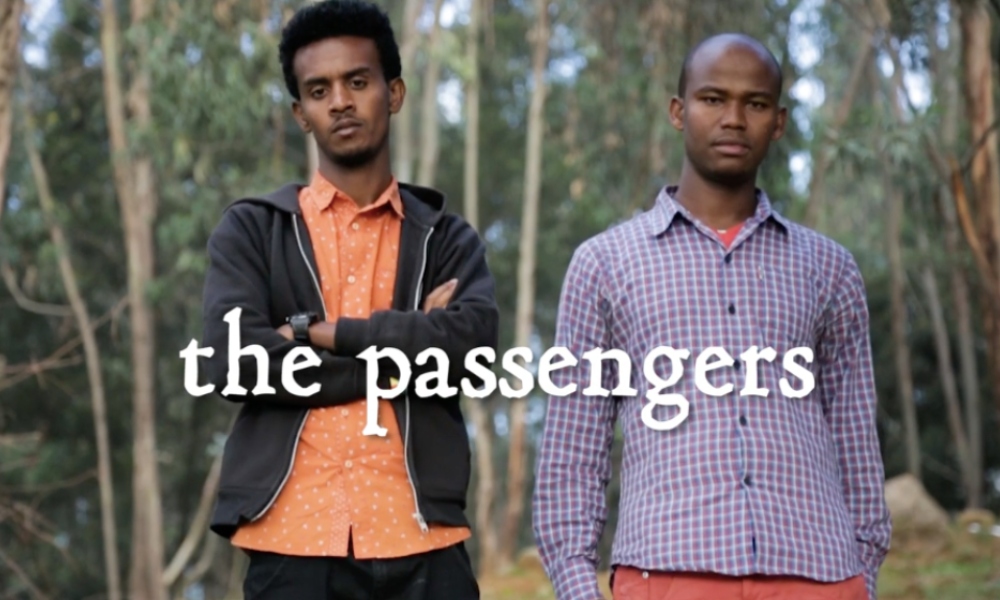 In 2013, David Elcott, Taub Professor of Practice in Public Service and Leadership at the Wagner School of Public Service at NYU Stern School of Business, and his wife, Rabbi Shira Milgram, flew to Ethiopia to visit the last remaining Falash Mura. As he describes that visit, in this touching film, The Passengers, “We walked into this Jewish compound and it was almost impossible to describe. You walk in and you go ‘this is my people.’” Elcott turned to the young man next to him and asked him, in Hebrew, when he was emigrating to Israel. The response, in Hebrew, from Demoz Deboch was “I’m not on the list.”

The Passengers documentary tells the story of Elcott’s attempt to organize a campaign in the United States to put pressure on Israel to allow the last 9,000 Jews left in Ethiopia to make aliyah and reunite with their families.

Why are these remnants of the Ethiopian Jewish community left behind? Because some believe they are not Jewish at all and have no right to immigrate to Israel. In the late 19th and early 20th centuries, a group of Ethiopian Jews converted to Coptic Christianity to escape social, educational and economic discrimination. In Amharic, Falash Mura means “person from a foreign land.” Conversion gave precious little relief from prejudice and their descendants ultimately reverted to their Jewish faith. Many of them lack one Jewish grandparent which, under Israel’s Law of Return, is the requirement for people to go on aliyah. Avraham Poraz, former Israeli Minister of the Interior is intransigent in the film: “They aren’t Jews in any sense,” and Ze’ev Elkin, one-time Minister of Immigration and Absorption pronounces “They aren’t Jewish and aren’t a part of the Law of Return.”

And yet, as we see, these people admirably cling to their faith—celebrating Jewish holidays, observing the sabbath, keeping kosher and learning Hebrew. Most of those left behind have sons, daughters, parents and cousins who have already immigrated, and they now survive on the money sent from Israel.

In the fall of 2015, Prime Minister Benjamin Netanyahu acknowledged the obligation to bring “our brothers in Ethiopia” home to Israel. But within months that promise lapsed—the excuse being a lack of budget, despite funds being readily available to bring immigrants from Russia, Ukraine, France and the United States. Protest demonstrations in Israel did not persuade the government to reconsider.

The most thought-provoking part of the entire documentary is where, in 2016, Demoz, and his best friend, Gezahegn ‘Gezi’ Derebe, arrive in the U.S hoping, with the help of Elcott and other supporters, to persuade American Jewry to mobilize in a similar vein to the effort that led to the emigration to Israel of Soviet Jewry—25% of whom, it is estimated, were not Jewish by the standards dictated in the Law of Return. Demoz and Gezi, two eloquent, English-speaking, twenty-somethings, travel across America meeting the leaders of major Jewish organizations—including Hillel, Jewish federations and the Shusterman Foundation. Sadly, they are met with polite concern—but precious little action. Elcott rightly observes “advocacy campaigns are always tricky” and U.S. Jews, fighting on so many fronts, are exhausted.

At the close of Ryan Porush’s film, Demoz Deboch is finally put on the list to emigrate, along with 1,500 others who have family in Israel. Ecstatic scenes of an emotional airport reunion with his family in Tel Aviv are tempered by the fact that Gezi is not listed and remains one of 8,000 Jews left “in limbo, in purgatory” in Ethiopia.

Ryan Porush and Elcott took part in a recent post-screening Zoom discussion held by the EDCJCC JxJ Film Club. And they were joined by Gezi—from Jerusalem. He has now been reunited with his family in Israel—but has many friends and relations, including one sister, left behind in Gondar still waiting to make aliyah. He is enrolled in a pre-university course and hopes to train as a nurse.

Elcott says the fact that Ethiopian Jews are still stranded “is unconscionable for the entire Zionist enterprise.” As he rightly points out, Israel is the only country in the world that has brought black Africans to their country and made them citizens. At this point in time, with media attention so strongly focused on the Black Lives Matter movement, “what great PR that would be,” he points out, if the remaining few Falash Mura could be brought home.

As they continue to languish—there is cause for hope. In August, Israeli Aliyah and Integration Minister, Pnina Tamano-Shata, herself an immigrant from Ethiopia, announced plans to bring the final tranche of Ethiopians to Israel. They would become citizens under the Law of Entry, which allows for family reunification, the ultimate decision resting with Interior Minister, Arye Deri.

Because experts say their claim to being Jewish is based on patrilineal descent, they will have to convert under Jewish law once in Israel. If Tamano-Shata fulfills her pledge, The Passengers and Elcott will have played their part in highlighting the heartrending plight of Ethiopian families split apart by foot-dragging politicians and bureaucrats as well as the unbending stance of strict observers of Halacha.

The Passengers Trailer (2020) from Ryan S. Porush on Vimeo.