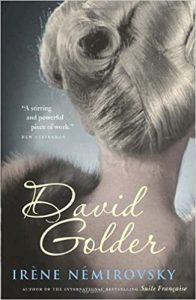 Set in the 1920s, this novel offers a searing depiction of the eponymous Russian Jewish émigré to France—a ruthless financier who accumulated incredible wealth but sacrificed everything else in its pursuit.

This is a brilliant, and indeed prescient, portrayal of the fragility of wealth. When the book was published in France in 1929, its author, Irène Némirovsky, was astonishingly just 26 years old.

Her vivid depictions of Golder and his family (Gloria, his bitter, grasping, unfaithful wife, and Joyce, his beautiful manipulative daughter—likely not Golder’s biological child), alongside those of assorted business partners and competitors, with their pampered existences, sumptuous homes and moral vacuity, illustrate the emptiness of their inner lives and personal values.

Némirovsky was deported to her death in Auschwitz in 1942.  Her most famous work, Suite Française, a novel about the fall of France in 1940, was published in 2004. —Dina Gold, Senior Editor 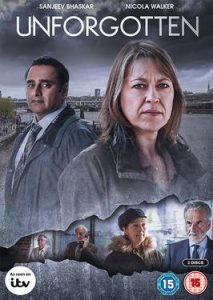 Season four of Unforgotten is an addictive British show featuring Nicola Walker and Sanjeev Bhaskar as a pair of cold-case detectives with a lot of unsolved mysteries in their own personal lives. The accents are a bit thick, and therefore the dialogue is on occasion a bit hard to follow. But the more you watch, the easier it gets! The plots are intricate and fully satisfying when all the puzzle pieces fall into place at the end. Season four (no spoiler alert needed) begins with a body stuffed inside a junked refrigerator. It’s missing its head and hands. The hunt for the victim’s identity and perpetrator starts from there. In addition, Unforgotten features travelogue-quality cinematography of England’s countryside and small towns and villages. And the gritty urban scenes have an intriguing quality of their own. —Dan Freedman, Senior Editor 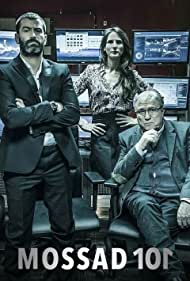 Courage, commitment and challenges abound in the fictional Netflix show, Mossad 101. We see recruits of all types (let’s hear it for strong women characters of a certain age!) participate in the intense training program of Israel’s spy school. In addition to clever plot twists, humor and a bit of romance are woven into the episodes. What more can you ask for as an alternative to today’s harsh news? —Diane Heiman, Senior Editor 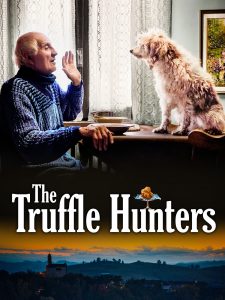 The Truffle Hunters, directed by Gregory Kershaw and Michael Dweck

When the business of life keeps me distracted, Gregory Kershaw and Michael Dweck’s The Truffle Hunters transported me to the relaxing Italian countryside. This slow paced documentary style film, filled with love stories of old men and their dogs, kept me engaged, laughing and crying throughout the entire 1 hour and 24 minutes it was on the screen. I fell in love with all the characters. The film also displays a nuanced commentary of the perils of the high-end food industry. Sit on the couch with your pup and enjoy the magic of foraging in Italy.  —Bella Levavi, Intern 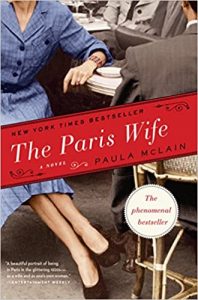 The Paris Wife, by Paula McLain

The Paris Wife is historical fiction about Hadley Richardson, Ernest Hemingway’s first wife, when they were newlyweds in 1920s Paris. I would have liked to run a Beshert by Hemingway. He would definitely stick to the 400-word limit. It would start like this: “In the evening, I went to Kenley’s party. It was a fine Chicago night. She was there with Kenley’s sister. She was nine years older than me. We danced. The next night, we went to a Greek restaurant on Jefferson Street. I didn’t show her my scar from Italy but I knew I would. It felt beshert.” —Pam Janis, Editor of Beshert and Moment Memoir 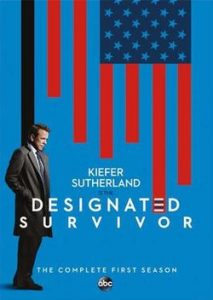 In this show, the Designated Survivor is a Housing and Urban Development Secretary who was just fired from his position. The Capitol gets bombed by terrorists and the country is in shambles. Throughout the seasons, the show covers a wide range of issues, from home-grown terrorists, border/immigration, assisted suicide, foreign coups, rights for transgender people and much more. The new president is a moral Independent with no experience and the show tracks him as he deals with personal and governance issues, and his battle with morality. —Debbie Sann, Director of Community Affairs 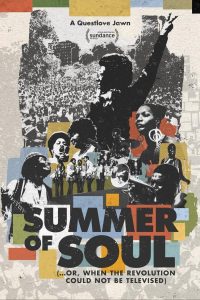 Shooting Midnight Cowboy: Art, Sex, Loneliness, Liberation, and the Making of a Dark Classic, by Glenn Frankel; Summer of Soul, directed by Questlove; “The National Memorial for Peace and Justice,” in Montgomery, Alabama

I have multiple recommendations this week! I just finished reading Shooting Midnight Cowboy: Art, Sex, Loneliness, Liberation, and the Making of a Dark Classic (by Glenn Frankel) and what a fabulous ride it was. To be honest, I don’t recall seeing the movie (I was too young for it when it came out), but the story of the film is a portal into New York in the 1970s. The city is a restless, gritty, conflicted, hot mix, and Frankel’s reporting paints a portrait of the vibrant still-underground gay artistic community against the homophobia of the psychiatric community and media. Also, the new Questlove film Summer of Soul, about the Harlem musical festival of 1969, is a must-see. The tapes of this amazing festival, featuring artists such as a 19-year-old gorgeous, transcendent Stevie Wonderful, Sly and the Family Stone, The Fifth Dimension, Mahalia Jackson, the Staples, BB King and so many more languished in a basement for decades, even though the sheer power of artistry and significance rivaled another festival held that same year—Woodstock. This book, the film and the Lynching Memorial in Montgomery, Alabama, which I visited during a Civil Rights Tour I did this summer, have awakened me to histories I simply did not fully understand.  —Nadine Epstein, Editor-In-Chief & CEO

END_OF_DOCUMENT_TOKEN_TO_BE_REPLACED

One thought on “Staff Picks: Hunters, Hemingway and Harlem”