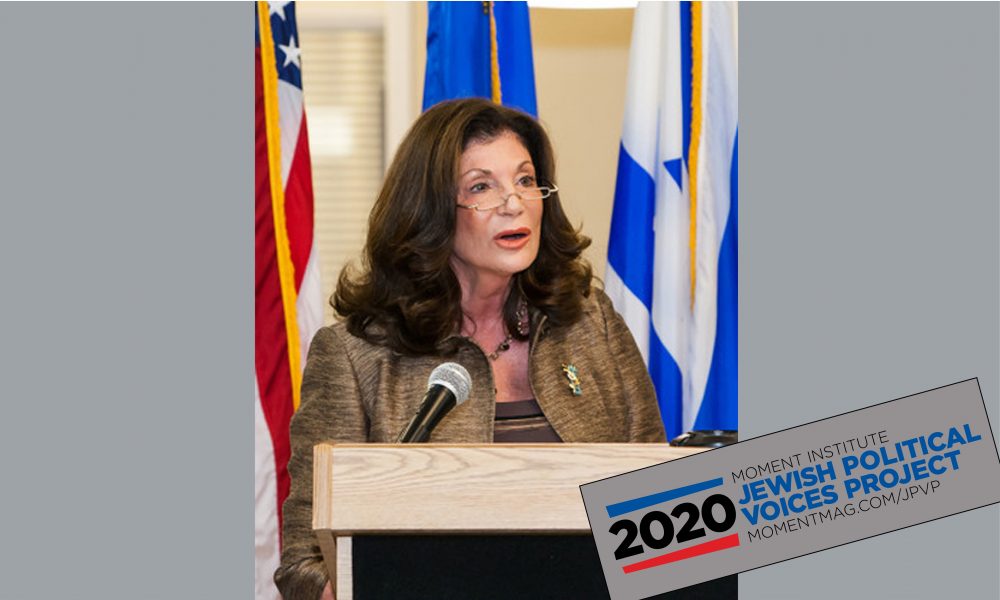 Shelley Berkley (68), a Democrat from Las Vegas, NV, served in the U.S. House of Representatives for seven terms (1999-2013), representing Nevada’s 1st District, which includes Las Vegas. In 2012, she ran unsuccessfully for the U.S. Senate. While in Congress, she was an outspoken supporter of Israel. At Touro University, Berkley oversees two medical schools—in Nevada and in northern California.

Yes. I did not believe that he had the knowledge, ability, character or temperament to be a good president. His behavior has validated my concerns. He is much worse than I expected.

He is obsessed with dismantling anything and everything that his predecessor initiated and in that, he is succeeding. His continued obsession with immigration and building a wall has done extraordinary damage to thousands of people and the reputation of our nation. When he promised to eliminate burdensome regulations, I am certain that people did not realize that he would roll back important environmental regulations that ensure that the air we breathe and the water we drink are clean and safe.

I worked and campaigned with Joe Biden when I was in Congress. What you see is what you get. He is the kind of candidate I expected him to be.

What does Donald Trump need to do to win?

I believe he has a chance to win a second term. He needs to keep his mouth shut, start listening to his medical experts and stop with Twitter.

Stay in the basement.

He is incapable of bringing this country together. He has neither the skill set, interest or desire to do so.

He needs to listen to the experts and get this pandemic under control and reach out to our traditional allies to begin repairing the damage that Trump has done. He also needs to provide a blueprint for economic recovery and, dare I say, “drain the swamp.”

Yes. I worry about other countries interfering in our election, misinformation spread through social media and the U.S. Postal Service becoming so politicized that mail-in ballots are not handled properly and legally.

Should in-person voting be required in November?

No. In-person voting should be available to those who wish to exercise that option. But it is too dangerous during a pandemic to insist that all citizens vote in person.

Do you think Donald Trump’s handling of the pandemic and Black Lives Matter protests will affect voter choices?

Yes.  Trump’s handling of the pandemic and the protests have punctuated his inability to lead this nation.

The Nevada Legislature has just authorized mail-in balloting for this 2020 General Election. People will vote in large numbers in Nevada.

I love early voting in person but due to the pandemic, I shall be voting by mail. Nevada voted largely by mail for our primary and there were zero incidents of voter fraud in this State. I am confident that Nevada’s general election vote by mail will yield the same successful result.

Numbers of cases of the virus are increasing. Deaths continue to rise. Nevada’s economy based on tourism and travel has been seriously compromised. Unemployment is high.

There is no good option. I believe in-person learning while the pandemic is raging would have devastating consequences for our children, families and teachers. While distance learning is very difficult and challenging, for the immediate future it is the only option.