Romney and Iran: The Ties That Bind 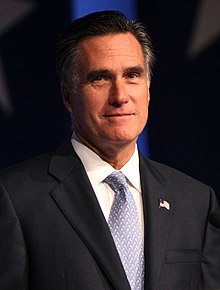 The National Jewish Democratic Council is going on the offensive in the final days before the election with the launch of a site that documents what it calls “the troublesome economic ties Republican presidential candidate Mitt Romney has to Iran.”

The microsite, romneyandiran.com, was launched yesterday and allows users to explore Governor Romney’s personal investments in companies that do business with Iran, despite the sanctions in place. It also details investments made by the Massachusetts pension fund when Romney was governor.

“Jewish voters deserve to know the numerous financial ties Mitt Romney has with Iran,” NJDC President and CEO David A. Harris said in a statement.  “Governor Romney often talks a good game when speaking about preventing Iran from acquiring nuclear weapons, but when he had the opportunity to act — both as governor and with his personal investment — he came up far short.”

Companies on the list include China National Offshore Oil Corporation, Gazprom, and BNP Paribas, as well as the AXA Group and Barclays.

The site includes links to various articles documenting the alleged ties, including an Associated Press report which found that “some of the largest stock trades made by the Romney trust involved companies that have operated in Iran.”

“Romney has urged toughened sanctions and military steps against Iran and has called for strategic divestment of firms that do business there,” according to the article. “In 2007, his trustee said he had sold off Romney investments in French and Italian energy companies with business ties to Iran.

“But between mid-2009 and mid-2010, the Romney trusts made large investments in securities from BNP Paribas, a French bank with long-standing operations in Iran. The bank halted new business in Iran in 2007 but is still trying to terminate outstanding loans there. In all, Romney’s family trusts bought more than 2.6 million shares, which were all sold in late 2010 for about $2.5 million. Romney’s trust for his grown children also bought and sold shares in China North Oil, recently named by the Congressional Research Service as a likely violator of the Iran Sanctions Act, and in Intesa Sanpaolo, an Italian bank that has been under investigation by U.S. authorities for handling of Iranian funds. There were also trades in stock of Gazprom, Schlumberger, Komatsu and Unilever — all firms that have had business in or with Iran. Many of those companies are included among an extensive list compiled by United Against Nuclear Iran, a bipartisan group urging pressure on firms with business in Iran.

Romney has consistently said that his investments are in a blind trust.