Reflecting on My Nation of Islam Scoop—30 Years Later 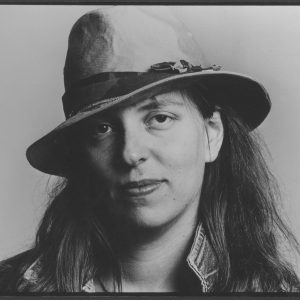 In 1985, I was a cub reporter at the City News Bureau of Chicago. I was sometimes assigned to cover the Nation of Islam, which was headquartered a neighborhood or so away from my South Side apartment. One day I stumbled across an intriguing story. NOI’s charismatic leader, Louis Farrakhan, had received a $5 million interest-free loan from Libyan dictator Moamar Quadafi to finance People Organized and Working for Economic Rebirth (POWER), which would sell toothpaste, soap mouthwash, skin care and other personal care products to black Americans through churches and the NOI, allowing them to pour their money back into their own community—as well as NOI’s coffers.

As a reporter I routinely visited Chicago’s most impoverished, gang-ridden minority neighborhoods, and I understood the need to boost their economies. But the source of the financing—a foreign dictator—and the bigoted and anti-Semitic beliefs of Farrakhan himself (and many of the people around him) gave me pause. I investigated, and after several months I published a story on POWER, which appeared on the front page of Crain’s Chicago Business in September of 1985. The article exposed the project and named the companies that had agreed to work with the NOI to manufacture the toiletries. The principal one was Chicago-based behemoth Johnson Products, Co.

It was major scoop. All the major networks and newspapers called me and ran with the story, and I was overwhelmed by the attention. I was young and idealistic, and I felt conflicted: Even though I had written the story, I saw the project’s positives, and I was sad that my article could (and did) lead to its demise. I dodged most of the calls and instead got very drunk, the drunkest I can ever remember getting.

During this process, the fact that I was Jewish never once crossed my mind. I was just a reporter going after a story. Only later, when a Chicago Reader article identified me as a Jewish woman based on my last name, did I understand that I had been perceived as a Jewish person taking on the NOI. I was horrified. If I remember correctly, I went out and had too much to drink yet again.

I hope I haven’t lost all of my youthful idealism, but I no longer feel conflicted by the NOI. Little has changed between then and now, and the NOI’s hateful rhetoric remains a constant. I don’t need to be the editor of a Jewish magazine to know that Farrakhan and other NOI leaders continue to be intent on whipping up anti-Semitism, and that there are far worthier organizations helping poor minority communities that deserve our attention and support. Although I am now immune to it, I understand the appeal of the NOI and the ways in which it inserts itself into contemporary debates to enhance its influence.