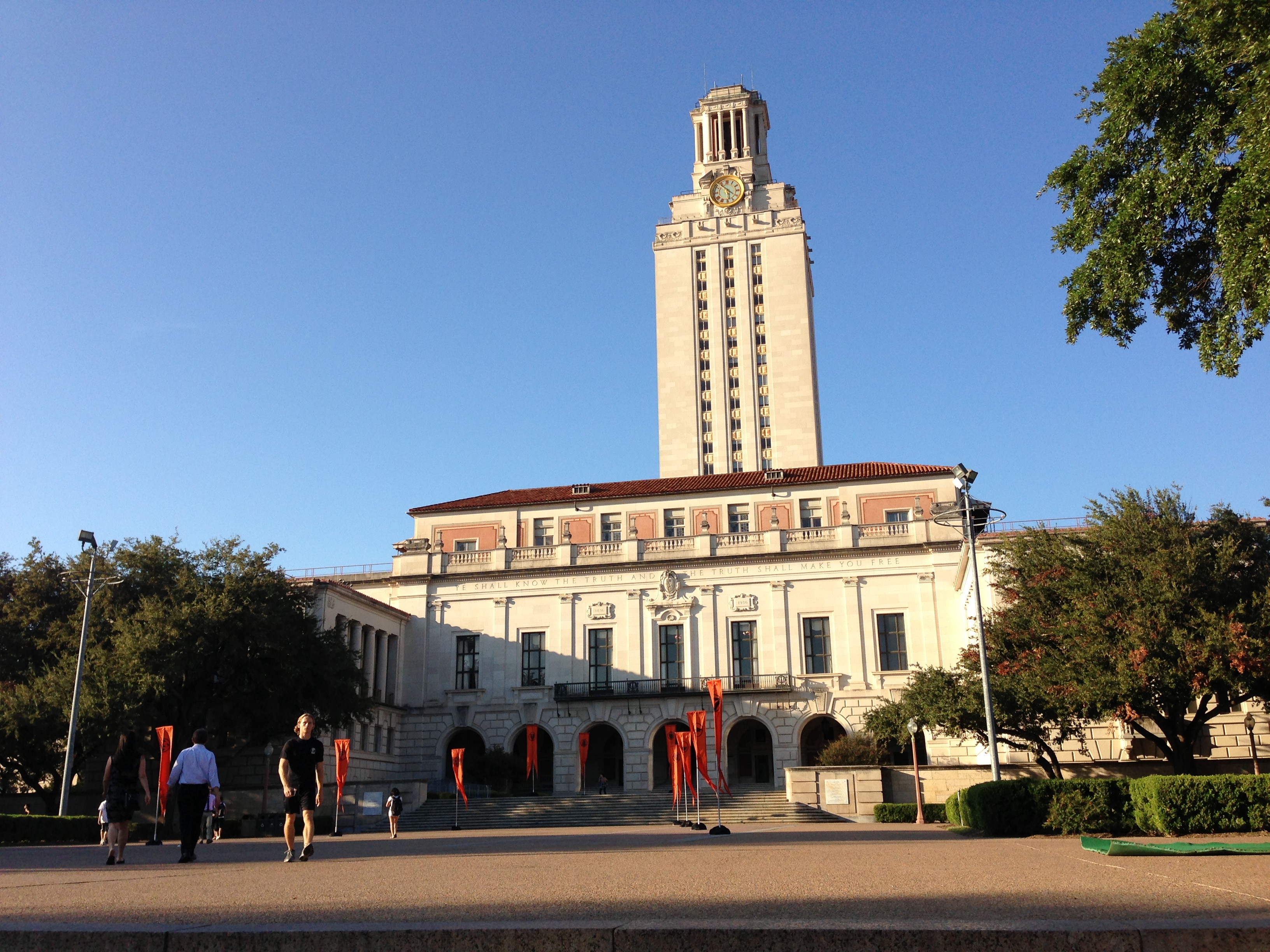 The debate over the role of race-based affirmative action in American college admissions is raging anew with the return of Fisher v. University of Texas to the Supreme Court. As the high court considers altering or ending affirmative action as we know it, Moment speaks to Sigal Alon, associate professor at Tel Aviv University and the author of Race, Class, and Affirmative Action, about her studies of various affirmative action programs, and what we can learn from the Israeli model.

Israel has a unique race-neutral, class-based affirmative action policy in place at four top universities —Tel Aviv University, Hebrew University, the Technion and Ben Gurion University. How did it come about, and why?

It started in the mid-nineties, a very local program at the Tel Aviv University law school. One of the professors noted that there was no diversity in his class. Most of the students were Ashkenazi, from affluent neighborhoods in Tel Aviv. So he started to look for a way to increase diversity, and it evolved into a large-scale program where all four elite universities are participating voluntarily.

Why did they decide to participate?

There was quite a lot of pressure on them to do so. After the program started at the Tel Aviv law school, there was an attempt to expand it to the entire university. And then the senate of Tel Aviv University objected to this proposal, and then it went to the press, and then some Knesset members started to get involved as well. And I think at that point, they understood that they’d better implement this policy voluntarily rather than deal with a law forcing them to.

Why was the policy designed to be class-based rather than race- or ethnicity-based?

There is no definitive answer to that. I read some of the descriptions of how the policy started, and there was no mention of any consideration of a race-based or ethnic-based policy, or giving preference to Arabs or other minority groups in Israel. I think that they were trying to avoid political discord—very similar to what we have today in the U.S. In Israel, it may have been even more debatable to implement an ethnic-based policy, because it also touches on a national antagonism against Arabs. I think that they just wanted to skirt the issue of persistent ethnic inequality in Israel, and they just were trying to focus in a different direction. But I’m not sure that there were deliberations to that effect. I think it was a more understandable or natural way to go. It’s not that the other policy was put to a vote and they decided to go the other way.

What are the benefits to the Israeli affirmative action system?

The first one is that it is relatively simple to implement. This should not be taken for granted, because in the U.S., when there are talks today about implementing class-based affirmative action, most people are referring to what we call socioeconomic-based affirmative action—basing eligibility on individual socioeconomic status. To do that, you have to go and get information about the family—income, wealth, home equity, other aspects of socioeconomic disadvantage. And this is a very complicated process, because all the information needs to be verified.

The Israeli program is relatively simple because it is targeting students coming from poor neighborhoods and poor high schools. This information is on public record, and assessing it and verifying it is relatively straightforward. So in that respect, it’s a policy that is similar to race-based affirmative action. When you start comparing the affirmative action that you have in the U.S. to other alternatives, then you realize how implementing race-based affirmative action is simple. You just need to ask the applicant to state their race or ethnicity, and it’s also typically visible. So relative to the alternatives, I think that the Israeli policy would be the most straightforward to implement — with, of course, modifications, because in the U.S., the higher education system is different.

The second advantage of this policy is that it is race-neutral. This is quite an appealing aspect if, for example, the Supreme Court decides that colleges and universities in the United States cannot consider race in their admissions.

The other advantage is that it is creating quite a wide-ranging diversity dividend. This policy basically infuses elite universities and the most selective majors within them with students coming from the geographical periphery, from development towns both in the south and the north, with socioeconomically disadvantaged students. It also increased the level of ethnic diversity.

But if Israel had chosen an ethnic-based policy, giving preference to Arabs or Mizrahi Jews, then the level of ethnic diversity would be much higher.

What are the drawbacks?

Why does class-based affirmative action not boost ethnic diversity as much as some might think?

The answer is simple. It’s about the demography. If you look at people who are poor, for example, lots of them are not black or Hispanic. Most of them are white. It is true that blacks and Hispanics are more likely to be poor and socioeconomically disadvantaged, but they are still a minority within that group.

It makes sense that class-based affirmative action may not yield a boost in ethnic diversity in Israel. But what about in the United States, which is more ethnically diverse than Israel to begin with?

The results are so similar. For example, in Israel, if we look at those who were admitted through this class-based program, only about half of them—to be precise, 55 percent—belonged to one of the ethnic minority groups in Israel, either Arabs or Mizrahi Jews. In the U.S. simulations that I’ve done, if American institutions move to a class-based affirmative action, the share of minorities altogether—that is, blacks and Hispanics—will decline by about a third, and the share of blacks will decline about 50 percent. It’s based on a statistical simulation, but we get the same result. This is why I think the Israeli program is so important. We have an opportunity to study class-based affirmative action. So far, people are just saying it will do this and that. But these are just speculations, assumptions.

In your New York Times op-ed, you discuss basing eligibility for affirmative action on both race and class. What would such a system look like in the United States?

Based on the evidence, I think I’m in a position to suggest several directions. One of the solutions, I think, to this debate, and the consistent discontent with racial preferences in the U.S., is to move to a class-based affirmative action and give preferences to applicants coming from socioeconomically disadvantaged backgrounds. But if Americans still think that racial and ethnic diversity is important, then one of the criteria that are considered within the class-based affirmative action should be race and ethnicity. There is still discrimination in the U.S., and minority kids are still growing up different circumstances than white students. They’re not only facing discrimination, but also stereotypes and other disadvantages that prevent them from succeeding academically. One option would be to move to a class-based affirmative action and have race and ethnicity be one of the criteria that institutions can consider.

I tested this option, and what I saw in my results is that if American institutions implement this policy, then the decline in the share of ethnic minorities would be the smallest among all class-based affirmative action. I call it the “race within class” model. If you compare this to other class-based affirmative action models that are race-neutral, this policy would result in the smallest decline in racial and ethnic diversity. There’s still a decline, because of the demography. But if we just give a little bit of an advantage to minority students, then we can increase their share a little bit.

You have criticized the concept of diversity as a motivation for an affirmative action policy. Can you elaborate on why you think diversity as a concept shouldn’t be the goal?

I’m not saying that diversity shouldn’t be the goal. I’m saying that the process, how the rationale for affirmative action changed over time, is quite interesting. Maybe we should step back for a moment and see why this rationale changed so dramatically. In the 60s, when affirmative action started, the rationale for it was reparations and equal opportunity and correcting past wrongdoings and the legacy of slavery and discrimination. But the [Regents of the University of California v. Bakke] case changed the rationale to diversity. And since the Bakke case, the only legally permissible justification is the diversity rationale. Today, when there are deliberations and oral arguments about the Fisher case, the University of Texas at Austin can’t say that they want to use affirmative action because of persistent racial inequality or because minority students don’t have the same opportunities as white students or because of discrimination.

The other thing that they can say today is that they want affirmative action because it’s good for the entire student body, which is mostly white. I think that removing the real rationale for affirmative action out of the debate basically has changed the debate to another direction. So today, we cannot even talk about the fact that there is discrimination. People kind of forgot that. It went out of the discourse, and the discourse essentially became race-neutral, because the core root of why we need racial preferences–we cannot mention it.

So I’m not saying that diversity is not important. And diversity may be a good rationale. But, you know, in the hearings last week, Chief Justice John Roberts asked specific questions about diversity–the quote is, “What unique perspective does a minority student bring to a physics class?” If the rationale for affirmative action would have been correcting discrimination or reparations for slavery, then this question is irrelevant. He would have asked, does affirmative action actually improve opportunities for minority students? That’s a completely different line of questioning.

Should affirmative action in Israel be more race-conscious?

In the U.S., the situation is different, because right now we have a race-based program, and we are accustomed to a certain level of minorities at elite institutions. And in the U.S., you don’t have the same kind of natural antagonism against blacks and Hispanics.

I think some people might disagree with that assessment.

I think it’s not on the same level, because the reasons for it are different. The animosity is based on different root causes than in the U.S.

Generally speaking, should we be aspiring to race neutrality in the college admissions process?

I don’t think it should be a goal. I think that we should judge it by the situation. There is no one solution. I think every society has different complexities, and we should consider them when we think about solutions. I treat race and ethnicity like I treat socioeconomic status. This is why I think we should start thinking about hybrid design, and not focus on rigid prototypes. When we say race-based or class-based or race-neutral or race-sensitive, we’re talking about very rigid prototypes. And I want to keep flexibility when we’re thinking about a solution.