Opinion // Why Women Are Still Not Heard 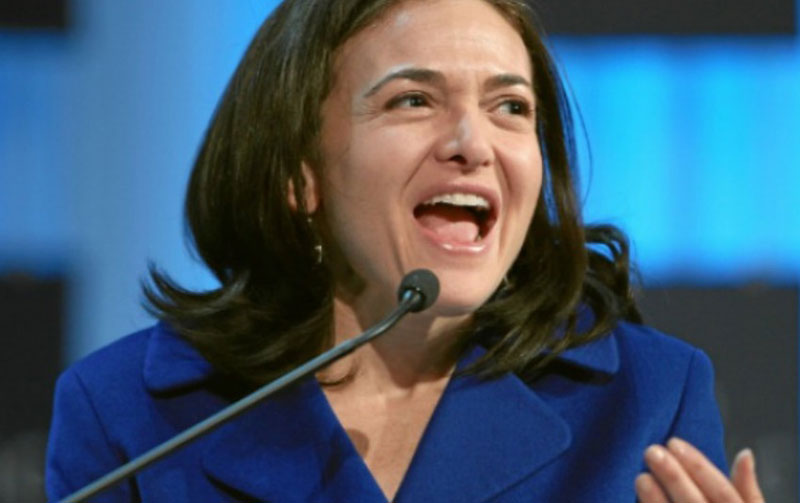 Opinion // Why Women Are Still Not Heard

Even today, many Jewish women leaders are afraid to speak out with self-assurance.

Women have proliferated lately in the top ranks of Jewish leadership. They’re leaders in synagogues, Jewish communal organizations and media outlets. Four out of the five national Jewish publications are run by women. And yet I just left another meeting where I observed too many women whose actions are admirable and effective—as volunteers, lay leaders, committee chairs and philanthropists—but whose words often are weak or self-abnegating. They give generously of their time and money and work hard behind the scenes, yet when they speak at a meeting or mount a podium, especially in mixed-gender settings, what they say and how they say it diminishes their message.

More than 40 years since feminism first raised our consciousness about such self-defeating behaviors, I still hear women starting their remarks with an apology: “It’s probably only me, but…” “This may not be on point, but…” “I may not be the right person, but…” I hear them ending their sentences with a tonal uptick that makes a statement sound like a question, coming across as more tentative and less authoritative and articulate than their expertise suggests they should.

I notice that they’re seldom among the first to raise their hands. And on subjects about which they feel less than fully informed, they don’t speak at all, whereas men who are equally unversed express their opinions without hesitation.

I checked these impressions with several women who are known as strong leaders and powerful speakers. Rabbi Elka Abrahamson, president of the Wexner Foundation, which trains future Jewish leaders, concurs. “When the subject is spirituality, women speak. But in political conversations it can take six men before one woman raises her hand, and on conference calls about Israel, no women speak.”

Nancy Kaufman, CEO of the National Council of Jewish Women (NCJW), says men’s presence changes women’s behavior. “The men talk first, and a lot. They have a sense of entitlement women don’t.” And Ruth Messinger, president of American Jewish World Service, notes that many women have no experience projecting their voices from a podium: “They mumble, say um, er, ahh. They use their hands inappropriately.”

Obviously, all women don’t do these things. Businesswomen who want to advance in their field learn to “lean in” and be assertive. Women in politics either speak clearly and forcefully or lose their elections. Younger women, in general, tend to be more confident. Yet in this supposedly third-wave feminist era, too many girls and women are still presenting their thoughts without enough gusto, certitude and self-assurance.

Tweet this: Even today, #Jewishwomen leaders are afraid to speak out with self-assurance ow.ly/DEfWE

Post this to Facebook: Even today, many Jewish women leaders are afraid to speak out with self-assurance.

NCJW’s Kaufman recalls a meeting she attended at the White House with 20 other invited Jewish leaders, of whom only three were women. When President Barack Obama opened the floor for questions, five of the male participants spoke—at length. Finally the president interrupted, “Let’s hear from the women,” and called on Kaufman, who used the opportunity to comment on how few women were at the table.

It’s possible that, despite all our progress, many of today’s women have inherited the gender role indoctrination my generation grew up on: that of the feminine ideal as selflessly nurturing, deferential and supportive. Maybe they’ve internalized these old stereotypes and hence are afraid to sound too assertive, as if power, by definition, is masculine, and verbal boldness would de-sex them.

How can more women learn to command a room and speak eloquently? Some of it is simply technique and training. “Videotape yourself giving a speech,” advises feminist icon Gloria Steinem. “Then you’ll see if you’re embodying the attitude, ‘I’m probably not worth listening to.’” Abrahamson’s Wexner Foundation offers workshops with feedback and practice. Being at the podium, she tells young leaders, means that “everyone in the room has a million things they could be doing right now, so I’d better honor them by having something thoughtful to say and saying it well.” Such training should be far more widespread in Jewish organizations that want to give women a voice.

The volunteer nature of many of these leadership roles may be part of why women don’t take their self-presentation more seriously. Most Jewish professionals try not to offend the volunteers and lay leaders they work with. Alisa Doctoroff, president of UJA-Federation of New York, says, “My style is to critique what the woman said, not how she said it.” But what if the problem is how she said it? Replies Doctoroff, “It can only benefit an organization to train women to be forceful, authoritative and articulate. Then programming people will reach out to them to be speakers or serve on panels.” Shifra Bronznick, founding president of a group called Advancing Women Professionals and the Jewish Community, says volunteers should treat their activist and philanthropic commitments like jobs: “Professionals who fear offending volunteers are not taking them seriously.”

While continuing to challenge societal sex stereotypes, women must do their part. For any woman in public life, learning to connect, captivate, educate and inspire her listeners should be a priority. And the institutions to which she devotes her time and resources should offer programs that expressly develop her capacity to speak for the cause. If Jewish organizations can rely on a woman to raise money, they ought to be able to help her more effectively represent herself and the issues she cares about.