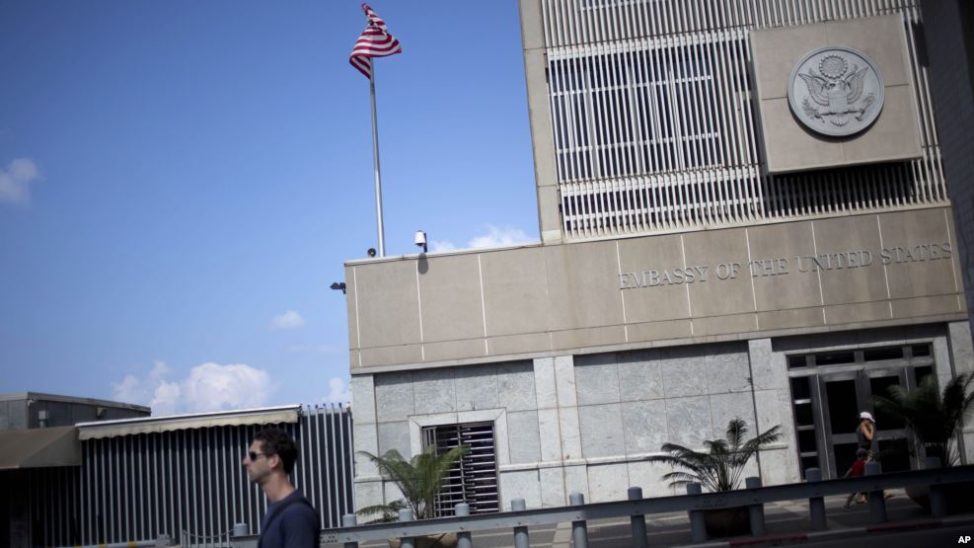 The pro-con debate has grown tired.

The United States embassy in Israel is located near the beach in Tel Aviv, and thus it is an office building in a prime location, and also a symbol. For an office, a Tel Aviv location is much better than a Jerusalem location. With apologies to my Jerusalemite friends, I must insist: Tel Aviv is nicer, cleaner, more vibrant and more fashionable than the capital, and it has the beach. With apologies to my Washingtonian friends, I will make the obvious comparison: Tel Aviv is better than Jerusalem in the same way that New York is better than Washington.

As a symbol, the Tel Aviv embassy represents the United States’s refusal to accept that Jerusalem is the capital of the State of Israel. It is a symbol of a problematic concept: not that parts of Jerusalem are under dispute, not that Jerusalem ought to be a topic of negotiation, not that someday Israel might need to divide the city and share it with someone else. The absence of an embassy sends a more blatant message: Israeli jurisdiction over Jerusalem is questionable.

This raises many questions, the first of which is: Why even have an embassy in Israel? If an area whose final borders are not yet established should be off-limits, then having an embassy in Tel Aviv makes no more sense than having one in Jerusalem. Sure, Tel Aviv is going to remain Israeli—but is this not also the case with West Jerusalem?

U.S. administrations thus far have ignored the illogic of this rationale for keeping the embassy in Tel Aviv. When confronted—and I have some experience with doing that—officials quickly shift the conversation from symbolism to practicality. What if the embassy is moved and, as a result, there is terrorism against the United States? What if demonstrations erupt all over the Arab world? What if a third intifada begins?

All these are good questions, unlike “Won’t it ruin the peace process?” (The answer is clear on that one: A Tel Aviv embassy did not do much to guarantee an everlasting peace.) Taken together, they are all really one question: What is the price that Israel and the United States are willing to pay for moving the embassy to Jerusalem?

Because there is no sense in not recognizing Jerusalem as the capital of Israel unless one does not accept Israel itself, every discussion of moving the U.S. embassy to Jerusalem must begin with the United States saying that the right place for the embassy is Jerusalem. In fact, the U.S. Congress did just that in 1995 when it passed the Jerusalem Embassy Act, declaring it strange that the United States “maintains its embassy in the functioning capital of every country except in the case of our democratic friend and strategic ally, the State of Israel.” Only then, having settled this, should the United States delve into the question of whether now is the right time to move. Alas, administration after administration has chosen to use a “waiver” and postpone the relocation.

So, is now the time? We can make a list of whys and why nots.

But there are also “why nows.” Why now? Because the argument against moving the embassy (peace process, etc.) got tired. Why now? Because the Arab world is in such chaos that it will barely have time to pay attention to the moving of a building. Why now? Because Donald Trump vowed to be unchained by inexplicable traditions of past administrations—and this is a good way for him to demonstrate his unshackled authority. Why now? Because it’s time for Palestinians to understand that threats of violence are not going to stop Israel, nor the United States, from advancing their policies.

The two lists are long, and they can be made longer if one goes to the trouble of considering them seriously. They do not end with one definite conclusion that everybody can agree on. The nature of such practical calculations is such that priorities and ideology affects one’s weighing of the options, and geography affects one’s weighing of the facts.