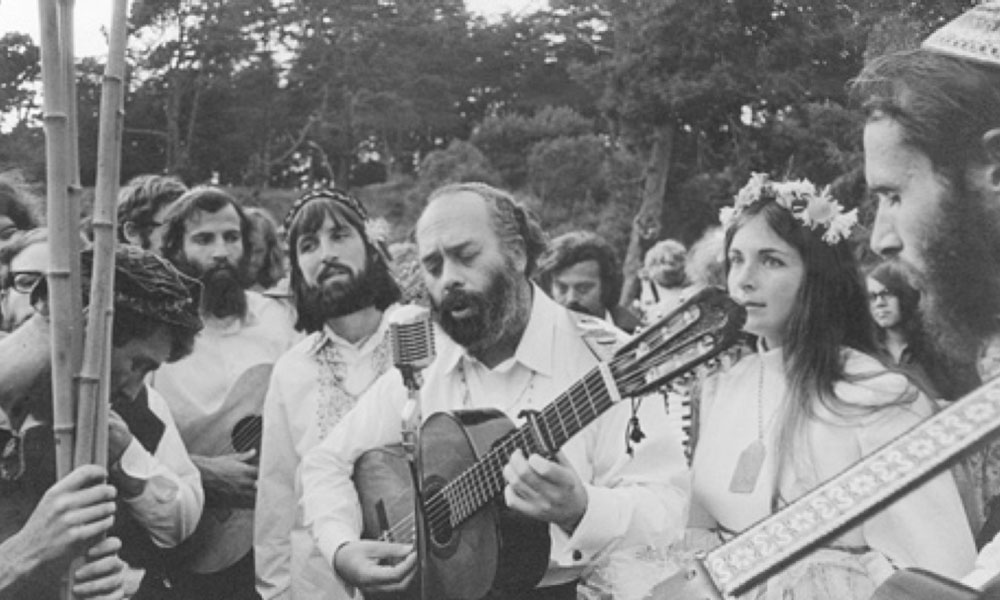 The famed rabbi’s ‘shadow side’ demands attention in the #MeToo era.
by Letty Cottin Pogrebin March 8, 2018 in 2018 March/April, Arts & Culture, In the News
0 Comments
0 Likes

It was the maydeleh’s #MeToo movement 20 years ahead of its time.

In 1998, a report in the Jewish feminist magazine Lilith quoted women who alleged that they had been sexually abused by the late Shlomo Carlebach in multiple incidents dating back to the 1970s. You had to be brave and deeply scarred to level such serious accusations against Reb Shlomo, the charismatic rabbi who died in 1994 and whose music has been the soundtrack of Jewish life for decades. Not only are his liturgical melodies familiar to congregations of all denominations—he composed such universally familiar tunes as “Am Yisrael Chai” and many of the most popular and soulful melodies used in Friday night services—but his advocacy for women’s expanded roles in Judaism was a major mitzvah back when Jewish feminism was still traif.

Yet testimony about his “shadow side” kept mounting, and women’s mutually corroborated accounts of his “inappropriate behavior,” including with girls as young as 12, were as ugly and chilling as anything we’re hearing today. The Lilith article quoted multiple women—including two by name, a rarity at the time—describing incidents in which the rabbi fondled them or rubbed himself against them to climax.

In the 20 years since the Lilith article, more women have spoken out, and defenders of the rabbi have pushed back, either because they disbelieve the accusers or because they feel it wrong to indict a man who can’t defend himself. With the arrival of #MeToo, Jewish communities that had avoided examining their relationship to Carlebach and his music have begun to confront it. Some have distanced themselves from his influence, while others are reluctant to shun a man from whom they have drawn spiritual inspiration. But until now, one voice was conspicuously absent—that of his daughter.

Then, in January, Neshama Carlebach, a singer herself and the prime keeper of her father’s musical flame, published a blog post in The Times of Israel publicly acknowledging the pain caused by her father. Its title: “My sisters, I hear you.”

Because she is in no way responsible for what he allegedly did, I expected her to simply express sorrow and empathy and affirm that her “sisters” experienced what they said they experienced. And indeed, she writes, “I accept the fullness of who my father was, flaws and all. I am angry with him.” She goes on: “And I refuse to see his faults as the totality of who he was.”

But her essay, though heartfelt, falls into some of the traps we’ve seen in so many other half-measure responses to #MeToo accusations against otherwise beloved cultural figures. Understandably tortured by the cognitive dissonance between her daughterly adoration and her father’s reported behavior, Carlebach reminds us of her father’s music, his “acts of radical love,” his feminism. She evokes “a soul who saw sisters and brothers cut down by the Nazis, who jumped straight from the insular yeshiva world of his childhood into the boundaryless free-love world of Berkeley in the late 60s.” She stirs our pity for her own suffering. (“I am in this conversation. I am also broken.”)

I feel for this blameless daughter as I do for all the children of all the powerful men currently accused of sexual assault who are also suffering anguish and humiliation.

Still, I can’t help being troubled. In the guise of hearing her “sisters,” she enumerates her father’s positive attributes in ways that suggest the good ought to neutralize the bad. When she asks “all of us [to] work to heal from what has happened,” the vagueness is galling, as if sexual molestation “happens” without a perpetrator; as if it’s the victims’ job to help “us” heal. To my mind at least, underscoring her father’s virtues and her own anguish subtly casts doubt on the testimony of those who have come forward. “I do not recognize the version of my father that some people describe,” she writes. “To me, he was the kindest, most respectful, most loving person to my friends and me.”

No child should have to answer for a father’s sins, but neither should our empathy for shamed children be exploited to exculpate the sinner. I’m sure it has been agonizing for Carlebach to witness her father’s posthumous fall from towering spiritual icon to serial predator. Nonetheless, the rabbi’s accusers, and other women with #MeToo grievances, must not be guilt-tripped into muting their voices to protect the families of men who, while groping women, presumably never gave a thought to their kids.

In a compelling and compassionate sermon in January, Rabbi Angela Buchdahl of Central Synagogue, one of New York’s largest Reform congregations, offered a strategy for reparations, explaining why, after struggling long and hard with the issue, Central Synagogue decided to declare a one-year moratorium on using Carlebach’s music. Other synagogues and summer camps likewise are debating whether and how they can sing beautiful songs now besmirched by countervailing, often repugnant images.

As I see it, the music should not be permanently banned or burned. Rather, like the monuments to Confederate heroes, Carlebach’s legacy should be reframed and annotated. It should become part of a deliberate campaign of consciousness-raising about abuse by religious authorities and respect for women’s truth. It should be prefaced in synagogue songbooks by asterisks and captions and in the pulpit by clergy who provide context, encourage abuse victims to come forward and announce where they can go to get help.

Letty Cottin Pogrebin is working on her 12th book, a personal exploration of shame and secrecy.