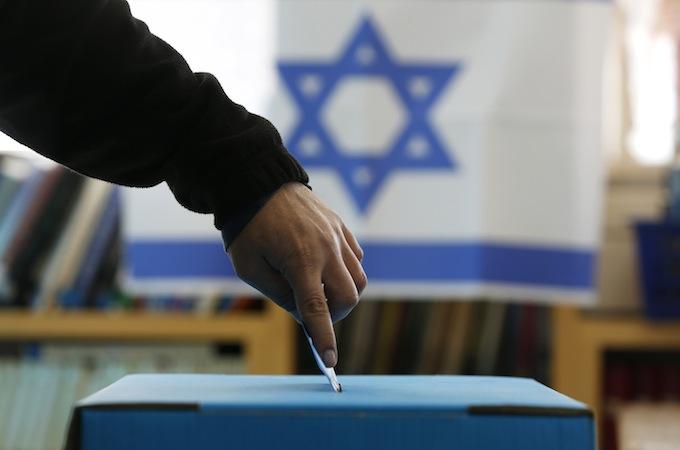 The right is not a shoo-in, but increased polarization is likely.

Israeli elections? Didn’t we just do that? Isn’t this remarkably quick? Doesn’t it prove how unstable Israel’s political system is? Doesn’t the breakup of Prime Minister Benjamin Netanyahu’s coalition with centrist parties show that, yet again, Israel is moving inexorably rightward? That Netanyahu is a shrewd politician, and decided to go to the voters when his popularity was high?

No, actually, to almost all of the above.

The time between the last Knesset election and the upcoming one—just under two years and two months—is indeed the second shortest in Israeli history. The only time the country went back to the polls more quickly was in 1961, when the incumbent Knesset had served less than two years.

Contrary to a vast amount of reporting, the only surprise should be that Netanyahu’s coalition lasted as long as it did. The breakup was a symptom not of right-wing power but of gridlock between the right and the center-left. In contrast to a common American perception of the Israeli political system, early elections as a solution to gridlock are a feature of parliamentary democracy, not a bug.

It would be foolish to forecast how the election will turn out. But so far in the campaign season, the picture is one of polarization. It is not that the electorate as a whole is shifting rightward but that the political right is getting more extreme.

Let’s review: In Israel’s 2003 election, right-wing and religious parties won 69 of the 120 seats in the Knesset. In 2006, the right-religious block sank to 50 seats. In 2009, it bounced back and won 65 seats, returning Netanyahu to power after a 10-year hiatus. In January 2013, the right and religious parties lost four seats and dropped to the thinnest possible majority, 61 seats. The only pattern here is a lack of a pattern.

During the 2013 campaign, though, the standard story in the foreign media was that the right was on a roll. To be fair, what was happening within the right helped create that impression. In the Likud, a well-organized extreme faction had an outsized impact on the choice of Knesset candidates, and moderates were pushed off the ticket. Meanwhile, the religious nationalist Jewish Home party under Naftali Bennett was siphoning off Likud voters.

Somehow, the Israel-tilting-rightward story survived the 2013 election results. The narrative has been more popular than mere facts. A few of these facts: In a parliamentary system, the size of a majority matters, and Netanyahu’s had shrunk. Even worse for him, the fault line between the ultra-Orthodox parties and Jewish Home over military conscription made it impossible for them to join the same coalition.

So Netanyahu formed a coalition of the center and the radicalized right, a team of enemies, doomed from the start. The centrists, especially Justice Minister Tzipi Livni, advocated a two-state agreement, while Bennett called for annexing most of the West Bank. Netanyahu gave the powerful Finance Ministry to Yair Lapid, head of the centrist Yesh Atid party, then feuded with him over economic policy. The only force that held the coalition together was fear of facing the voters.

The breaking point, in November, was the Jewish nation-state bill, created by the coalition’s hardliners but fully embraced by Netanyahu. The purpose of the law was not to reduce the rights of non-Jews, be they Arab citizens or African refugees. It was to protect existing discrimination from challenges in court. When Lapid and Livni rejected Netanyahu’s demand that the entire coalition support the bill, the government collapsed. Put differently, the prime minister—fortunately—lacked sufficient support in parliament for his assault on democratic norms.

Netanyahu wasn’t cleverly seeking new elections. The timing wasn’t optimal for him; his favorability ratings have been dropping since the end of the Gaza War last summer. But his reported backroom effort to recruit the ultra-Orthodox parties and Yesh Atid backbenchers to join a new coalition failed. With all ways to form a government blocked, the Knesset voted to end its own term.

The nation-state bill is responsible for what may be the only accomplishments of the outgoing government. For one, it finally pushed mainstream Jewish organizations in North America, such as the American Jewish Committee and the Jewish Council for Public Affairs, to openly criticize a proposed Israeli policy that didn’t just involve their own concerns about the status of non-Orthodox Judaism in Israel.

More important, the bill provided political clarity in Israel. It brightly illuminated the political space that has opened up between the dangerously radicalized right and even the most hesitant of centrists. It placed the identity of Israel on the election agenda: Are “Jewish” and “democratic” opposing or complementary terms? Does “Jewish state” mean one committed to the purported privileges of Jews as a group, which take precedence over civil rights, democratic norms and respect for non-Jews? Or, in fact, must the state protect equality and human rights in order to be Jewish?

This election isn’t a referendum on one issue. It will turn on personalities, organization and the amount of cash poured into the campaign, much of it from Jews abroad. It will be affected by the price of food and by the glibness of promises. One election is unlikely to determine the country’s identity. But the crisis that brought the election has already shown how politically divided Israel is—and how far it is from the misleading descriptions of a single mass shifting ineluctably in one direction.