Opinion | Can You Be a Zionist-Feminist?

Narrowing definitions on campuses have created a no-win climate.
Home / Issues / 2017 May-June / Opinion | Can You Be a Zionist-Feminist? 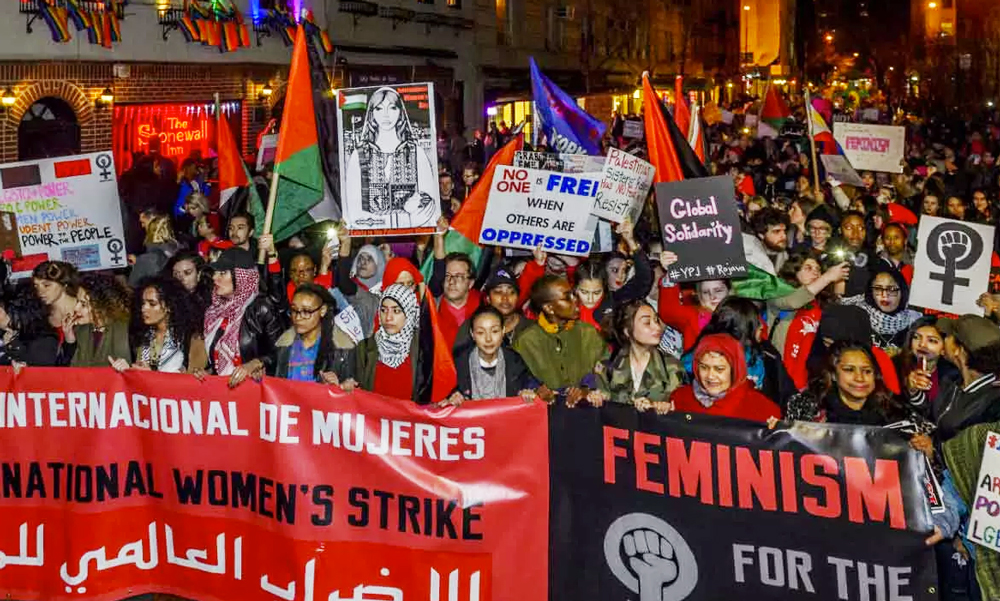 Opinion | Can You Be a Zionist-Feminist?

Narrowing definitions on campuses have created a no-win climate.
by Liat Deener-Chodirker May 10, 2017 in 2017 May-June, Politics
1 Comment
0 Likes

Ever since mid-March, when organizers of the International Women’s March suggested that Zionism was incompatible with feminism, the same debate has rippled across college campuses, including mine: Can one identify as both a feminist and a Zionist?

On campuses, the critique starts with the narrow state of current feminism. The feminist movement has come under harsh criticism in the past few years for failing to acknowledge the experiences of women of color and for prioritizing the experience of white and cisgendered women (that is, women who are born female). There is a growing awareness that if feminism is to create powerful change, it must be an “intersectional” movement—one that acknowledges different forms of oppression experienced by women of diverse identities.

Why would this conflict with Zionism? It shouldn’t—except that Zionism, too, suffers from narrow definitions. Today’s mainstream Jewish community often asserts a Zionism that emphasizes unconditional public support of Israeli government policy, refuses to acknowledge or show concern over the immorality of the occupation and does not allow for meaningful engagement with those who hold different, critical views.

As the feminist movement evolves under the influence of a new generation of activists and leaders, it has heightened its emphasis on fighting for the rights of all women, and that includes Palestinian women. If Palestinian women are oppressed by the Israeli occupation, then, logically, standing in solidarity with Palestinian women requires one also to oppose the occupation.

A person identifying as both a feminist and a Zionist must therefore ask challenging questions: Is there room within my Zionism to fight for the rights of Palestinian women alongside those of Israelis? Is there room in my feminism to act in solidarity even with those I disagree with on Israel?

At universities, progressive campus organizations, including feminist groups, increasingly create coalitions to work together in support of each organization’s particular cause, leveraging their partnerships to create greater positive impact. They include pro-Palestinian organizations, whose rhetoric and stances may feature fierce criticisms of Israel and Israeli policies. Just as these coalitions work together on campaigns to establish gender-neutral bathrooms on campus and support undocumented students, they also sometimes support the initiatives led by anti-Israel groups such as the Boycott, Divestment and Sanctions (BDS) movement.

While it is true that within these coalitions there are students who are anti-Israel, the vast majority simply care about the human rights of Palestinians. For many students like myself, it’s clear that in that case there is no contradiction between being pro-Israel and caring about Palestinian rights. The Jewish community, however, is sometimes quick to place all of the blame on progressive students for their criticisms of Israeli policy, without considering the genuine issues and values that motivate students to feel that way.

Too often, Jewish communal organizations favor a narrow definition of defending Israel at the expense of all other considerations. Rather than thinking about the content of a program that might be fighting for greater equality for women, supporting LGBTQ rights or standing up against Islamophobia, the Jewish communal institutions on college campuses evaluate such a program based on the answer to a single question: Are there parties who are anti-Israel involved in this event? By using this prism, the campus Jewish community (and its funders) disregard the possibility that greater engagement on issues of mutual concern can lead to stronger relationships and mutual understanding—and even, down the road, a more nuanced conversation about progressive Zionism.

Hillel International’s Standards of Partnership go so far as to ban affiliated Jewish student groups from cosponsoring any event, on any subject, with any organization that supports BDS or is deemed anti-Israel. As a result, pro-Israel Jewish students are forced to make a painful choice between standing with the Jewish community or standing with the progressive community.

Forcing students to make that choice leads only to disillusion and disengagement. It gives strength to the false argument that support and love for Israel is somehow inconsistent with support for human rights and dignity for all people.

There is a flip side to this as well. Unfortunately, in many progressive spaces on campus, the very word “Zionism” now is understood as connoting a racist and imperialist power that violently oppresses another people. This is a vast oversimplification of the history of Zionism, Jewish trauma and the current conflict. And this oversimplification often results in pro-Israel students feeling the need to hide their Zionism in order to be accepted into progressive spaces.

Progressive spaces that define Zionism and pro-Israel as inherently negative terms fail to recognize that it’s possible to support Israel and also oppose the occupation. This failure, too, is unacceptable.

For feminism and Zionism to coexist without contradiction, we must truly embrace a feminist movement that includes the lived experiences of all women, and we must expand our understanding of Zionism to include supporting the rights of both Israelis and Palestinians. Most important, we must engage in meaningful work with those with whom we may strongly disagree about Israel.

Liat Deener-Chodirker is a senior at the University of Maryland and J Street U Vice President for the Southeast.