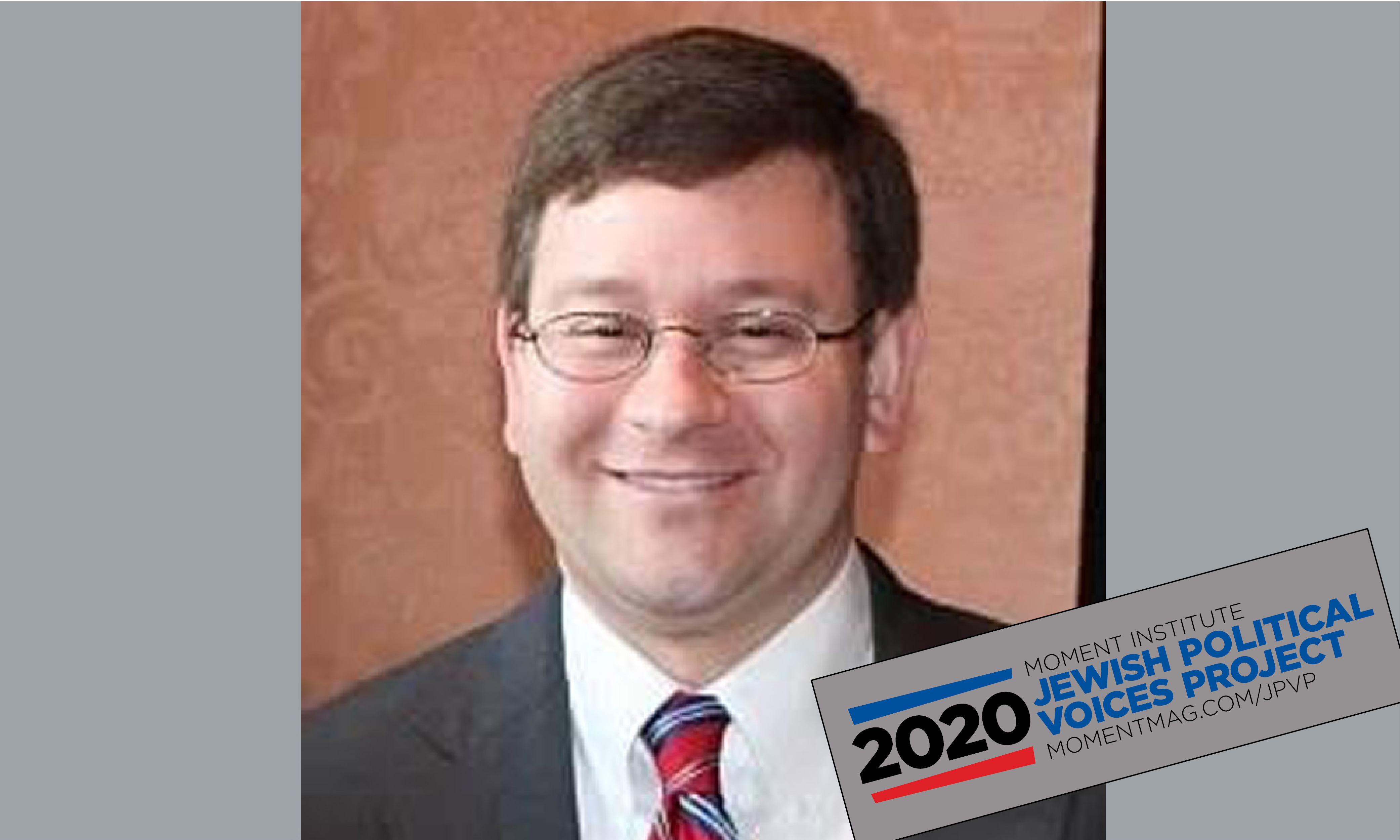 Michael Ginsberg (45), a Republican from Centerville, VA is an attorney and aerospace engineer. He is vice president and deputy general counsel for CACI International, an information technology company that contracts with federal defense and intelligence agencies. He is a leader of the Suburban Virginia Coalition, which aims to improve Republican standing in suburban communities that have “taken a hit over the last several cycles.”

Yes, it has. I believed several of his major accomplishments—revising the tax code, appointing conservative judges, and changing the dynamic of the Middle East peace process—have happened. It is about what I hoped for and expected.

Yes, he has. I think he is a placeholder for a Democratic Party that has a lot of tensions between different factions and represents a compromise candidate.

He needs to have a disciplined message, not get caught up in esoteric disputes, and contrast what he is doing with what Democrats are promising to do.

Find common ground on something with the Democrats, if possible. Pass some kind of bipartisan legislation. Maybe multiple small pieces of legislation rather than major legislation. What foreign policy folks might call “trust-building steps.”

Find common ground on something with the Republicans, if possible. Pass some kind of bipartisan legislation. Maybe multiple small pieces of legislation rather than major legislation. What foreign policy folks might call “trust-building steps. (Yes, this is the same answer I provided in 6. That is deliberate.)

I believe neither party is prepared to accept losing, and one side or the other will be irreconciled to the outcome. Both parties are stoking this fear and it should stop. It is a dangerous development for a democracy.

No. There are too many people legitimately afraid of COVID to prohibit mail-in voting. But I believe the scope of mail-in voting should be limited more narrowly to defined at-risk populations.

Yes. Though I don’t think the underlying issues are the president’s fault, I don’t think his handling has demonstrated the kind of empathy and concern voters want to see.

Yes. I think in-person voting will be lower, and people making mistakes in mail-in balloting will lower the overall turnout.

Yes, because not everyone will vote by mail correctly, or they will lose their ballot, or some states will require voters to request a mailed absentee ballot and voters will fail to do so.

It’s not bad in Virginia. We have reached a steady state.

I think we need to do it. Kids are regressing badly and they need the social interaction.