A tree now grows in the arid soil of Kibbutz Ketura in southern Israel. A subspecies extinct for nearly a thousand years, this Judean date palm was resurrected from a tiny 2,000-year-old seed found in an ancient clay jar unearthed in 1963 by archaeologists excavating around Herod the Great’s palace at the ancient fortress of Masada. Radiocarbon dating found that the seed, one of six preserved in the jar by the arid climate, dated from sometime between 155 BCE and 64 CE. Dubbed Methuselah for Noah’s grandfather, who lived to the age of 969, the palm represents the oldest verified germination of a seed assisted by a human.

Date palms once flourished in the Judean Valley and were an important source of food, shelter and medicine. The palm’s fruit—the honey of the “land of milk and honey”—was large, dark and seductively sweet. Able to survive for long periods in storage, the dates were suitable for export and were used to make laxatives, aphrodisiacs and life-prolonging tonics. There were even claims that the dates could increase fertility, ease labor and act as a defense against infections and tumors. The tree itself, which was praised in both the Bible and Quran, was featured on ancient coins. Today, a reproduction of an early coin picturing a date palm and two baskets full of dates appears on the front side of Israel’s 10-shekel coin. In the Bible, King David named his daughter Tamar, the Hebrew word for the palm.

When the Roman Empire invaded ancient Judea, thick forests of date palms covered the valley from the Galilee in the north to the Dead Sea in the south. One of the earliest domesticated tree crops, the palms were later grown in plantations in the area. Over the centuries the Judean palm was decimated by years of war and foreign conquest. The crowning blow came some 800 years ago, when Crusaders destroyed the last remaining specimens, rendering the plant extinct. 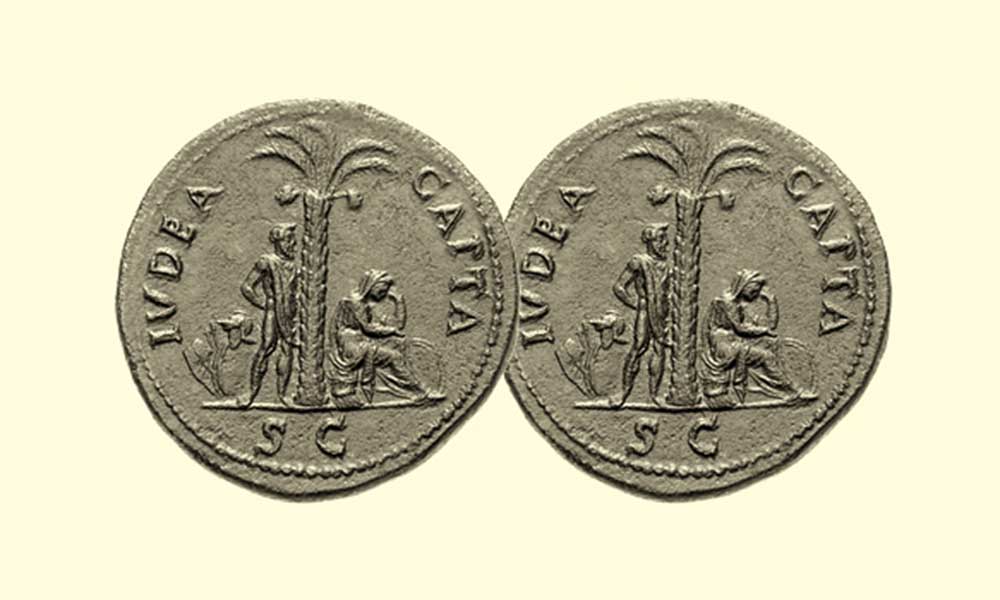 But then came Methuselah. The seeds found at Masada were preserved and stored at Bar-Ilan University in Tel Aviv. More than 40 years after they were discovered, agriculture expert Elaine Solowey, from the Center for Sustainable Agriculture at the Arava Institute for Environmental Studies, decided to try to resurrect three of the seeds. She first soaked them in hot water to activate absorption, then immersed them in a nutrient-rich solution and fertilizer made from seaweed. On January 25, 2005, Solowey planted the seeds. In a few months, a crack in the soil appeared, and then a single sprout. The first leaves looked sickly, but the sprout continued to grow.

By 2010, Methuselah had reached a height of six-and-a-half feet. But it was not clear then whether the palm was a male or female. In November 2011, Solowey planted the tree at Kibbutz Ketura. When it flowered that year, it was determined to be a male—destined to bear pollen but not fruit. By 2015, Methuselah had produced pollen that was used to pollinate contemporary female date palms. Recently, Solowey and her colleague Sarah Sallon, a doctor at Jerusalem’s Hadassah Hospital Medical Center, have grown more Judean date palms from other ancient seeds found near the Dead Sea. (The low elevation of the sea provides a thick layer of atmosphere that protects seeds from potential damage from cosmic radiation.)

Sallon is interested in determining if the ancient date palm has unique medicinal properties not found in today’s varieties, and Solowey is intent on finding Methuselah, now a prolific pollinator, an age-appropriate mate. As of 2019, they had planted 32 seeds found in the area of the Dead Sea. Six Judean date palm saplings have survived and have joined Methuselah at Kibbutz Ketura. Because several of the saplings are female, it is hoped that Methuselah’s pollen can be used to successfully pollinate one or more of them. In defiance of time, Methuselah, now 2,000 years old, may yet become a father.