It feels like Mayim Bialik is everywhere. She is talking about mental health on her new podcast “The Breakdown with Mayim Bialik”; she is hosting a seven-minute Passover seder and leading a Shavuot vegan blintz cooking demo on her YouTube channel that has over a million subscribers; she is giving parenting advice on kveller.com or in one of her many books; she is on the omnipresent reruns of The Big Bang Theory, playing scientist Amy Farrah Fowler, and on her new FOX show Call Me Kat, where she plays the owner of a Louisville cat café; and, most recently, she has been a guest host of Jeopardy! Moment spoke with the actress-neuroscientist-author on being an observant Jew in Hollywood, the origins of Jewish humor and if rumors of a Blossom reboot are true.

Your new show, Call Me Kat, recently finished its first season. What drew you to this show and the character of Kat in particular? Jim Parsons approached me after The Big Bang Theory and told me his company had the rights to the BBC show Miranda. He said if anyone could pull off slightly annoying and adorable, it was me. That was enough to sell me on working with him on this show! I also like playing a goofy woman who is still figuring her life out, even though she’s at an age when most people assume you should have already figured your life out. She’s quirky, sometimes clumsy and sometimes vulgar. But she’s a lot of fun to play with. 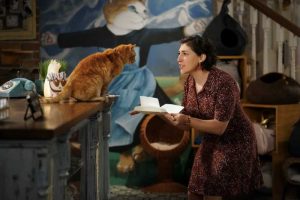 In your new show, you do a lot of physical comedy—pretty different from your work in The Big Bang Theory. Is that something you enjoy? I enjoy anything that works for the character and makes people laugh. And in this case, I do love physical comedy and have enjoyed the opportunity to show some of my literal flexibility! 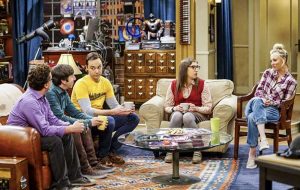 Do you think Jewish humor is distinct? Do you bring it into your own work? I don’t just think that Jewish humor is distinct; I know that it is! I don’t know I can distinguish my humor as a Jew from my talent as a comedian since being Jewish and my style of comedy are just a part of me. A lot of it depends on the writing, and I think my character has many things about her that have the rhythmic nature of Jewish humor. We have a dialogue coach on our show, Ren Bell, who, among other incredible things about him, has studied Yiddish theater. It helps to work on the script with him since he knows so much about my natural Jewish sensibility and phrasing and has ways to massage it appropriately for a public audience! I should note that my first language is Yiddish, and I grew up with a tremendous amount of Yiddish woven into my English. That plays into my sense of humor because it changes the rhythms I speak in and even some of my grammar.

You have been pretty open about becoming more observant. Can you describe that journey? That journey was a long process, and it began when I walked into the doors of UCLA Hillel and met Rabbi Chaim Seidler-Feller. He was the first modern Orthodox Jewish person I had interacted and learned with. I also began meeting with a study partner through the organization Partners in Torah when my first son was born. The training I received from Rabbi Chaim, combined with studying with my partner, Allison Josephs, led me on a beautiful journey, which has not always been linear, but which brings me closer to the person I believe I was placed on this planet to be.

Does being an observant Jew in Hollywood make you feel like an outlier? Have things changed over time—or do you find yourself explaining Sukkot over and over again? I definitely am an outlier in many ways, and my observance is strange to a lot of people, even Jews. I am still explaining Sukkot over and over again and likely will continue to do so. 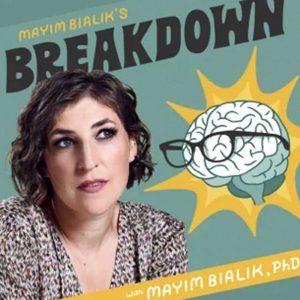 Your new podcast focuses on mental health. What prompted the podcast, and what is your approach to mental health in general? When we were quarantined, I realized how many of my friends were struggling with mental health who had never struggled before. And for those of us who already had anxiety and fear and were prone to depression, COVID just intensified these things. Add a very tumultuous election, the Black Lives Matter movement becoming part of our national and global consciousness, and the time seemed right to finally do a podcast. My partner, Jonathan Cohen, and I decided to put our heads together and share what works for us and what doesn’t and talk to others on their own mental health journeys. It’s been a wonderful experience, especially for us as a couple.

You have always been frank on your YouTube channel, talking about certain topics—divorce, body image, eating disorders—before most people were. Why do you choose to address issues that are often seen as taboo? My general rule is I only share things if I have a different perspective on them than what most people usually hear or if I feel I could help people. I don’t believe that every celebrity needs to vomit everything in their head onto the internet, but I do try to present a relatable side of me that I hope can be helpful to others. And I guess my Jewish sensibility tells me that the work is not mine to complete, but neither am I free to abandon it.

Are there specific Jewish thinkers who influence your work? I am a student of Rabbi David Kasher and Rabbi Sharon Brous at IKAR here in LA. The teachings of Rabbi Chaim guide my life in general. Shep Rosenman happens to be my lawyer, but before that, he was my mentor, and he’s one of my closest teachers and advisers. It’s strange to say I’m a big fan of Rabbi Aryeh Kaplan and Rabbi Akiva Tatz, but I am. Rabbi David Fohrman and Immanuel Shalev at Alephbeta.org are thinkers I learn so much from. Reb Mimi Feigelson, Rabba Sara Hurwitz and Rabbanit Alissa Thomas-Newborn and Yaffa Epstein are some of the women who inspire me as well.

Mara Wilson, a child star in the 1990s (think Matlida and Mrs. Doubtfire), recently wrote about what she referred to as “The Narrative,’’ the idea that anyone who grew up in the public eye will meet some tragic end. Is that something you have thought about? I thought about it, and I don’t think it’s a surprise to anyone that placing children in an environment where their worth is determined by their compliance and lack of having needs leads to trouble. In addition, being human is difficult whether you are in the public eye or not. There is an absolute complexity to involving children in an adult industry and an adult business. My heart goes out to those who did not have the support for what, in many cases, were mental health problems that went unchecked and unaddressed and unsupervised. 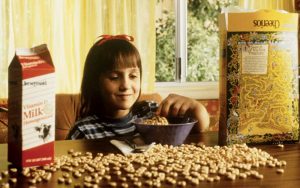 What has it been like guest-hosting Jeopardy? It was absolutely amazing to be on the Jeopardy! set and to be a part of such an iconic show. My brain is wired for that kind of work, so I found it enjoyable and thrilling and stressful, which made it even more exciting.

Lastly, is there a Blossom reboot in the works? Don Reo, who created Blossom, has written a beautiful reboot that is not of the sitcom variety. We have had a tremendous amount of difficulty convincing anyone to let us make it. I have finally started talking about it after working on it for several years, with no one able to give us the green light. While we respect all of the sitcom reboots out there, we think that our show would be much more meaningful for people to revisit as a drama, and we hope someone will agree. 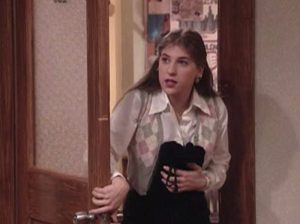