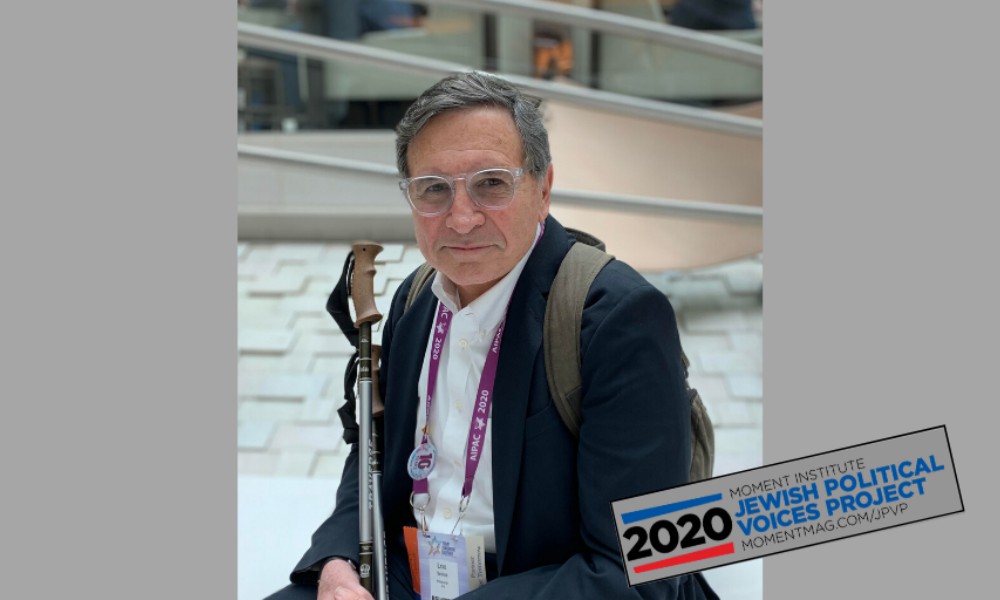 Lou Weiss (63), a Republican from Pittsburgh, PA, grew up a Reform Jew in a “McGovern liberal family” in Pittsburgh. His conservative political views took hold in a college freshman political science class. Today, he belongs to four synagogues. He was president of Congregation Or L’Simcha, the synagogue that merged in 2010 with the Tree of Life congregation. He occasionally writes op-eds for The Wall Street Journal.

Many of his policies have been great. His comportment is inexcusable.

Israel Policy, deregulation, more school choice, employment and economy (till COVID) all good and good for the country.

Yes–He has blown with the political winds in the past and continues to do so. My expectations were low and he has not exceeded them.

He has a chance despite the polls because people that support him are afraid to say so.

Yes—He will be totally shielded by the left-wing media. As long as they keep pitching softballs, he will be ok.

Resign in favor of whoever is his VP.

Move to the center.

I used to have a general and free-floating anxiety at the quality of both candidates.

Yes. Hundreds of thousands of mail-in ballots and waiting days for final results are a recipe for disaster.

Nonviolent protests were moving and warranted. Rioting is a disaster and will only help Trump.

Assume a lower turnout. I know of folks that will crawl across broken glass to vote against or for Trump.

Most of the long lines and voter confusion seem to be in big cities almost all of which are run by Democrats both as elected officials and election supervisors. This is almost never explained in the media.

Really a mess. Trump has been terrible and the medical policy establishment has been horrible as well. When the science/political/media establishment is inconsistent about where and when it condemns public gatherings, it invites skepticism and cynicism.

The pediatric leadership is in favor of school. The national number of deaths (CDC website) from the beginning of COVID-19 for children under 14 last week stood at about 40. In that same time period, about 300 kids under that age died of unintentional drowning. Kids under 14 rarely die of the virus. In fact, the numbers under age 45 are pretty low. Teachers over 65 or with comorbidities should stay away from school. There are costs and benefits that need to be accessed at every step. If I had kids that age—based on the numbers and the science—I would send them to school.

As I mentioned earlier, I was despondent about our presidential choices. I have decided to turn my frown upside down. While I will probably make my second consecutive Presidential write-in for my wife, the whole election has become win-win for me. If Biden wins, we will no longer be subjected to the depredations of Donald Trump. If Trump wins the radical left which holds the Democrat party in its thrall will be denied the same access to the levers of executive power that it has so ruinously abused in almost every other aspect of American life.