This article has been updated to reflect ongoing developments.

Ye, formerly Kanye West, has placed himself amid yet another cycle of conspiracy theories — this time against Jewish people.

This month, Ye—a well-known rapper, business owner, and cultural icon— made several antisemitic comments in television clips and on social media regarding Jewish “control” of media and finance. The comments have caused backlash from celebrities and Twitter users, both Jewish and not.

A pioneer of “introspective, melodic rap music,” according to Complex, a pop culture media outlet, Ye, who is also an artist, entrepreneur and ex of Kim Kardashian, has a large and loyal following and a net worth of approximately $1.8 billion.

Ye has a long history of drawing headlines. During a live fundraiser for victims of Hurricane Katrina, he highlighted the systemic racism in George W. Bush’s handling of the emergency, stating that “George Bush doesn’t care about Black people.” In 2009, he infamously interrupted singer/songwriter Taylor Swift during her Video Music Awards’ acceptance speech and stated that Beyoncé should have won instead. Four years later in 2013, Ye wore a patch of the Confederate flag on a jacket, and in 2019 he tweeted that he would wear a  “Make America Great Again” hat at all of his future performances until music artist GLC had a “heart-to-heart” with Ye about not wearing it.

Some believe it important to put Ye’s comments in context of his bipolar disorder. Psychiatrist Allison Young wrote in Everyday Health that there is a distinction between hateful words from someone with a mental illness and without.

“And while mental distress is certainly no excuse for hate, when hateful words or behavior stem from an actual mental illness such as bipolar disorder, it’s a bit different than when it’s coming from someone without a mental illness,” Young wrote.

Then, in a pre-recorded interview with Fox News’ Tucker Carlson which began airing on Oct. 6, Ye claimed that Jared Kushner only sought to normalize relations between Israel and Arab countries for the money, pointing to another antisemitic trope that Jewish people control international finances, Vox reported.

More antisemitic comments from Ye were edited out of the Fox interview, wrote Anna Merlan, senior staff writer at Vice, including one where he said that he wanted his children to learn about Hanukkah in school because “at least it will come with some financial engineering.”

Fox has a large following for these comments. In July, the channel had over 2 million viewers, outpacing other cable news competitors, according to Forbes.

This instance and others — like Ye alluding to Jewish people “controlling” other industry artists’ decisions (which Instagram restricted his account for)— led up to the worst of it. Close to midnight on October 8, Ye tweeted that when he woke up he would go “death con 3 on Jewish people.” Ye most likely meant the term Defcon 3, which is a phrase used in the military to signal high alert. In the tweet, Ye also wrote that Jewish people “toyed with [Ye] and tried to black ball anyone whoever opposes your agenda.”

Piers Morgan, a British broadcaster, gave Ye an opportunity to apologize for his antisemitic tweet during an interview this week. In a preview clip from the interview, Ye said he did not regret the tweet and only apologized to the individuals and families who did not cause “the trauma [he] had been through.”

“Whether it’s through us wearing a Ralph Lauren shirt, or it’s all of us being signed to a record label, or having a Jewish manager or being assigned to a Jewish basketball team, or doing a movie on a Jewish platform like Disney,” Ye said on the podcast. The video of the podcast was subsequently removed from the platforms it was posted on.

In an interview this week with Chris Cuomo, host of News Nation, Ye continued to play into antisemitic tropes about Jewish people and the media.

“We are not going to be owned by the Jewish media anymore,” Ye said during the interview.

Cuomo interrupted Ye’s comments, but Ye continued on to say that “every celebrity has Jewish people in their contract. This is not hate speech. This is the truth.”

Celebrities and organizations have come forward to make comments against Ye’s recent statements.

“The Black and Jewish communities must stand together through incidents like this to make clear that trafficking in hateful stereotypes is unacceptable & that the words of one entertainer do not reflect the views of an entire community.”

Weird how all these “free, independent thinkers” always land at the same old anti blackness and anti semitism.

The holiest day in Judaism was last week. Words matter. A threat to Jewish people ended once in a genocide. Your words hurt and incite violence. You are a father. Please stop. pic.twitter.com/8iFuKwwspw

Stop telling Jewish people to get over what Kanye said and that he’s mentally ill and not serious. Stop telling Black people his t-shirt was a joke. Antisemitism is real. Anti-Blackness is real. Words matter. Words are what start unwarranted hate towards people.

Holocaust Museum L.A. also invited Ye to the museum in an Instagram story that read “Words matter and words have consequences Ye. We urge you to come visit us at Holocaust Museum L.A. to understand just how words can incite horrific violence and genocide,” Billboard reported. 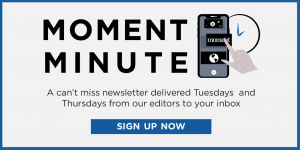 The fallout has continued. On October 23, Jessica Seinfeld, the founder of Good+Foundation, an organization that helps address poverty, and wife of Jerry Seinfeld, started a shareable Instagram post that reads “I support my Jewish friends and the Jewish people.” The post got several shares from A-list celebrities including Khloe Kardashian and Kris Jenner.

Kim Kardashian also posted a statement on her Instagram story on Oct. 25 that read “Hate speech is never OK or excusable. I stand together with the Jewish community and call on the terrible violence and hateful rhetoric towards them to come to an immediate end.”

In the weeks following Ye’s comments and actions, numerous brands have also expressed their dissent to his remarks.

Adidas, which has partnered with the artist on his Yeezy brand since 2013, cut ties with Ye last week, saying it “does not tolerate antisemitism and any other sort of hate speech,” according to CNN.

Other companies, like Balenciaga and Gap, have also parted ways from their brand collaborations with Ye following his statements.

A statement from Gap reads “anti-semitism, racism and hate in any form are inexcusable and not tolerated in accordance with our values. On behalf of our customers, employees and shareholders, we are partnering with organisations that combat hate and discrimination,” Vogue reported.

Avid fans have weighed in on Ye’s remarks on Reddit pages like r/kanyewest, provoking the question — is it possible to separate the art from the artist?

“Overall, it’s impacted my view of him and my listening experience for his music quite a bit, but I don’t plan to remove his music from my playlists or avoid revisiting his past projects or anything,” wrote user Kyakh.

“Hiphop has always been a reflection of the greater culture, the good and bad at its most extreme. I don’t see any difference between Kanye West and Donald Trump.”

Why Antisemitism Flourishes in Election Season