Richard Spencer, Jason Kessler, Christopher Cantwell and a number of other white supremacist and neo-Nazi leaders were found in violation of Virginia civil rights laws, NPR reports. The rally brought hundreds of protestors from white supremacist and other extremist groups to Charlottesville in 2017. On August 12, neo-Nazi James Fields drove a Dodge Charger into a crowd of counterprotestors, killing one woman, Heather Heyer, and injuring more than a dozen others.

Several of those hit by the car were plaintiffs in the lawsuit, called Sines v. Kessler, which has been in the works for several years. But while the Virginia jury agreed this week that the defendants engaged in a conspiracy to commit violence, violating state law, they did not come to a decision on two federal conspiracy charges.

The co-lead counsel for the plaintiffs is Roberta Kaplan, who Moment interviewed about the case last year. “I think this verdict is a message today that this country does not tolerate violence based on racial and religious hatred in any form, and that no one will ever bring violence to the streets of Charlottesville, Virginia, ever again,” Kaplan told The New York Times.

The federal charges hinged on the little-known Ku Klux Klan Act of 1871. “It was intended to prevent the newly forming Ku Klux Klan from effectively re-enslaving the recently freed slaves in the South,” Kaplan told Moment last year. “If you organize a conspiracy to commit what’s called ‘racialized violence,’ then you violate the statute. It hasn’t been used all that often—or used successfully, I should say—in our country’s history.”

Going forward, Kaplan’s team plans to refile the federal claims, according to BuzzFeed News. “We think the facts were established,” Kaplan said. “We think that the finding of liability in count 3 showed a conspiracy.” 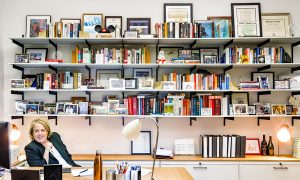 END_OF_DOCUMENT_TOKEN_TO_BE_REPLACED

Facebook Twitter Pinterest linkedin Telegram
We look forward to seeing you at our 2022 benefit and awards gala! It will be virtual with a VIP reception in Washington, DC. We are ...