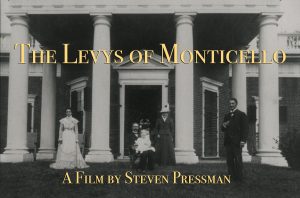 Thomas Jefferson started building Monticello (“little mountain” in Italian) in 1769 on the plantation he inherited from his father. But when he died in 1826, his daughter sold the property to pay off his debts. The Levys of Monticello, Pressman’s riveting new documentary, explores how Uriah Phillips Levy and his nephew, Jefferson Monroe Levy, rescued the property from bankruptcy and restored it for posterity. Today, it is the only American residence designated a UNESCO World Heritage site.

Pressman (Holy Silence, 50 Children: The Rescue Mission of Mr. And Mrs. Kraus) is a history enthusiast and great admirer of Jefferson; he says he loves telling “great Jewish stories no one has ever heard of.” The story of the Levy family was right up his alley: They owned the iconic Monticello for 89 years, from 1834 to 1923, longer than the former president and his descendants. While The Levys of Monticello is about one illustrious Jewish family, Pressman also widens his lens to, as he puts it, encompass “a story about antisemitism in the U.S. and how it has never gone away.”

That the Levy family’s rich contribution to American history has been buried for so long is a travesty, and Pressman’s film deserves great credit for exposing it. Using archival photos and documents, readings from historical letters, and interviews with an array of academics, authors, curators, historians, Levy family descendants and the great-great-grandson of Monticello’s former gatekeeper, Pressman vividly illustrates how racism and prejudice are woven into the nation’s narrative.

Born in 1792, Uriah Phillips Levy was a U.S. Naval officer who endured ongoing antisemitism— which he described as “the most inveterate and unyielding prejudices”—throughout his career. Nevertheless, Levy rose to become the U.S. Navy’s first Jewish commodore. He is also remembered for his role in eliminating the practice of flogging, which he abhorred. A fervent believer in Jeffersonian principles of religious freedom, he bought Monticello in 1834, hiring a property manager to restore and maintain the house. (Levy purchased the home from James T. Barclay, who had bought it from the Jefferson family just two years before.) 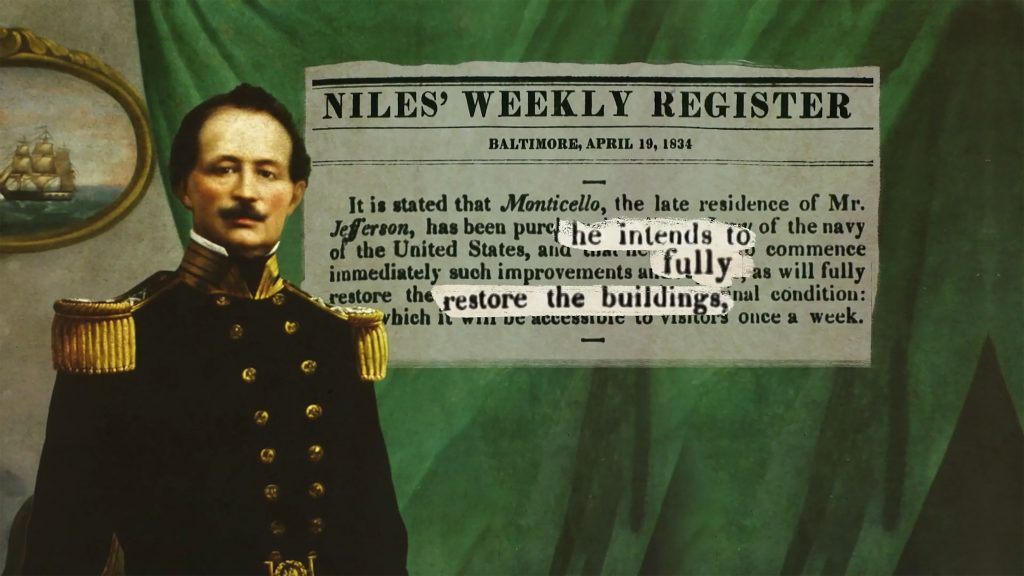 Uriah Phillips Levy, at the time a lieutenant in the US Navy, is shown with a newspaper article reporting on his purchase of Monticello in 1834. (Credit: PerlePress Productions)

“Uriah Levy’s preservation of Monticello is really the first moment in historic preservation in America,” Susan Stein, Monticello’s senior curator, says in the film. As Jonathan Sarna, professor of American Jewish history at Brandeis University, wrote in The New York Times, Levy explicitly stated that “the homes of great men should be preserved because of the lessons that visitors might learn.”

That a Jew acquired Monticello did not go unnoticed at the time. “People would write things that they probably didn’t even consider antisemitic, but they certainly were, and they weren’t even trying to hide it” Marc Leepson, author of Saving Monticello: The Levy Family’s Epic Quest to Rescue the House that Jefferson Built, says in the film.

When Uriah bought Monticello he also purchased some 12 slaves, and that number grew to around 20 during his tenure. Niya Bates, senior fellow of African American history at the Thomas Jefferson Foundation, says it is a contradiction that a man who revered religious freedom—and who was able to practice his faith partly thanks to Jefferson’s championing of religious freedom—“could also want to disparage other people because of the color of their skin.”

This contradiction has deeply troubled younger descendants of the Levy family. “That’s something that has dampened the appreciation of his role in this whole matter,” Richard Lewis, Levy’s great-great nephew, says in the documentary. I ask Pressman why he thought Levy had owned slaves. “There is nothing in the records about it,” he says. “It was probably just part and parcel of the culture.”

Uriah Levy died in 1862, three years before the end of the Civil War. In 1879, Monticello eventually passed to his wealthy New York nephew, Jefferson Monroe Levy, a stock speculator and businessman who served three terms in Congress. He spent a fortune on the upkeep and renovation of the property, filling it with imported furniture, and enjoyed throwing lavish parties and entertaining dignitaries, including Presidents Grover Cleveland and Theodore Roosevelt. 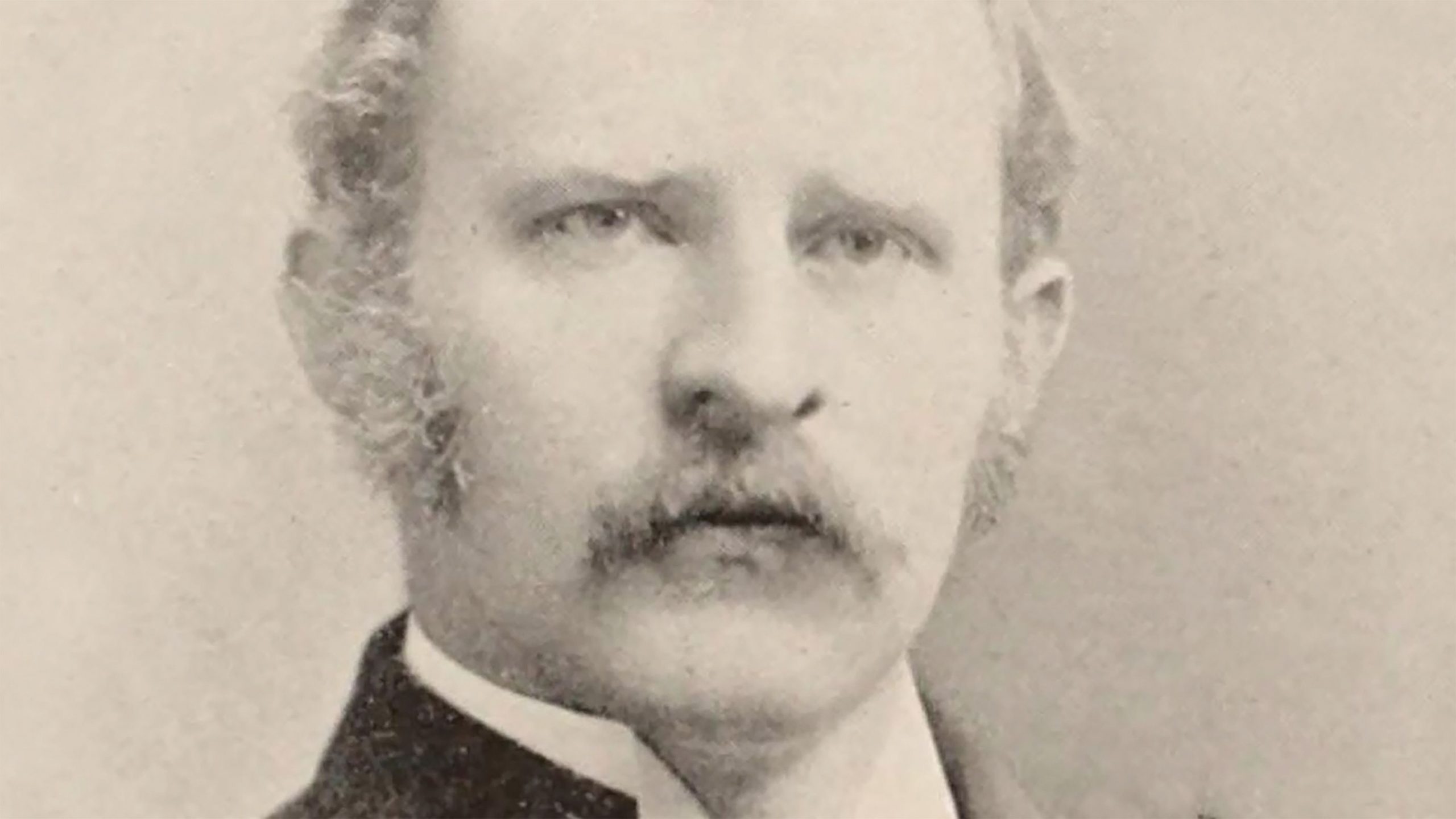 Jefferson Monroe Levy also became a target of antisemitism—particularly from Maude Littleton, wife of Congressman Martin Wiley Littleton. After the Littletons attended a dinner held in the mansion in 1909, Maude wrote: “I did not get the feeling of being in the house that Jefferson built and made sacred…Somebody else was taking his place in Monticello—an outsider, a rank outsider.” Thereafter, she mounted a national campaign aimed at turning Monticello into a privately-owned property, like the Mount Vernon Ladies’ Association, or a government-owned historic property.

Levy held out, refusing to part with Monticello, until financial pressures forced him to sell. After the property was purchased in 1923 by the nonprofit Thomas Jefferson Memorial Foundation, its Jewish links were effectively erased. It was not until 1984, with the appointment of Daniel P. Jordan as director of the Foundation, that matters started to change. We owe him a debt of gratitude for listening to his Jewish friends who, upon hearing of his new job, told him about the Levy family; he had never heard of them. Fortunately, Jordan believes in the importance of telling “the whole story…the good, the bad, the ugly; that’s part of our heritage. We need to engage, we need to learn from it.”

Pressman brings the history of prejudice right up to the present with stomach-churning footage of torch-bearing white nationalists chanting “Jews will not replace us” as they marched on the grounds of the University of Virginia in the summer of 2017, the night before a Unite the Right rally. These neo-Nazis, who surrounded the statue of Jefferson in front of the university’s Rotunda, were unaware that it was the creation of a Jewish sculptor, Moses Jacob Ezekiel, the first Jewish cadet at the Virginia Military Institute. For Pressman, Charlottesville was a reminder that antisemitism is still with us.

In February, The Levys of Monticello deservedly won the AJC Building Bridges Jury Prize at the 2022 Atlanta Jewish Film Festival. This award is given to honor the film which best fosters understanding among communities of diverse religious, ethnic and cultural backgrounds. Rabbi Noam Marans, a member of the jury, praised “this well-researched documentary” for compellingly using “the history of Thomas Jefferson’s cherished home as a window to examine the history of Jewish and Black Americans.”

Check your local JCC film festival schedule, educational venues, foundations, synagogues, human rights organizations and museum programs for viewing dates and times. Due to the requirements of filmmakers and distributors, the virtual viewing of some movies is limited to certain geographical areas. Restrictions vary but it is worth checking each title on the internet. Most virtual films are only available for a few days.