Jenny Slate – A Star in the Making

Home / Latest / Jenny Slate – A Star in the Making

Jenny Slate – A Star in the Making 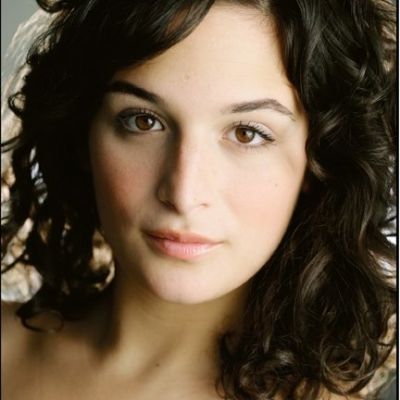 Many Jewish ladies in Hollywood are known for, or at least get their starts, in comedy. Gilda Radner and Sarah Silverman (an honoree at Moment’s 35th Anniversary Symposium) are just two well-known names. However, here’s a name that you should expect (and want) to hear more of in the future – Jenny Slate.

Slate is most well-known for letting the f-word slip during her first appearance on Saturday Night Live. Her contract with SNL was sadly not renewed for the upcoming season of the show, but during her breakout year she brought a few memorable characters to life. One example would be when she and Kristen Wiig teamed up again for a Today Show skit, where Slate played host Hoda Kotb and Wiig played Kathy Lee Gifford. Her most notable character, though, may be Tina Tina Cheneuse, a doorbell saleswoman who Slate portrayed with a somewhat nasal take on an Eastern European accent. Watch a clip here. [Disclaimer: clip is rated Mature on hulu.]

The cussing accident occurred during a skit with co-star Kristen Wiig, where both were playing biker-chick talk show hosts. Sure, it was an “Oh my goodness!” moment and the shock factor made it funny, but SNL producers weren’t exactly thrilled. There weren’t any repercussions for the accident, and SNL edited the word out for the West Coast airing of the show. But, Slate should hardly be judged for this when she has so many other comedic achievements under her belt and has many more to come.

Slate joined the cast of SNL after starring in her one-woman show “Dead Millionaire” at the Upright Citizens Brigade Theater, an improv theater co-founded by SNL alum Amy Poehler. According to an interview with Boston Magazine, Slate has appeared as a pop culture expert on cable music network VH1 and CNN Headline News. She has also co-starred with her comedy-partner-for-life Gabe Leidman in “Big Terrific” and “Gabe & Jenny.” Regarding their relationship, Slate said, “We like to play with the fact that he’s gay and that I honestly think he’s my boy friend.”

All is not lost, though, now that Slate is off Saturday Night Live. Anyone who wants more Jenny Slate after catching up on her SNL clips can see her in Bored to Death, an HBO series also starring Jason Schwartzman, Zach Galifianakis and Ted Danson detailing the life of a writer who moonlights as a completely unlicensed private detective. Slate plays Stella, a food co-op member (and pot smoker) who became Schwartsman’s character’s love interest last season. The cast alone makes this show worth watching.

Finally, anyone interested in seeing more of Slate’s comedic skills should know about Marcel the Shell with Shoes On. Marcel is a tiny shell who tells the audience about his life, and his teeny size is the source of the classic humor. One example – Marcel: “Guess what I wear as a hat…a lentil!”

According to an interview with USA Today, Slate and comedic partner and friend Dean Fleischer-Camp invented the character after Slate started using the voice after a friend’s wedding. They started writing down phrases and then Fleischer-Camp animated, edited and directed the video. Slate gets a lot of satisfaction when people enjoy watching Marcel, because she said she feels he is somewhat of an extension of herself. “But I’m really so happy that people love Marcel, because I love him, too. And he’s a little piece of me, so it makes me feel good,” Slate said in the interview.

And if her ever-growing laundry list of comedic accomplishments truly isn’t enough to pique an interest in Slate, she was voted one of the top 10 hottest Jewish women in Hollywood by www.mademan.com, a Web site dedicate to men’s lifestyle and entertainment.

Slate is a Columbia University grad originally from Milton, Massachusetts. She is a 28-year-old comedic genius who is just getting started in her career, but she’s already well on her way to making a name for herself in the world of comedy.