The Cameri Theater in Tel Aviv recently announced a new play, titled It’s Me, featuring songs by popular Mizrachi artist Eyal Golan, bringing familiar social tensions back to the forefront in Israel. The announcement has sparked public outrage due to past allegations against Golan detailing inappropriate sexual behavior by the singer.

Golan’s standing as the most prominent Mizrachi artist in the country’s history—still highly popular among the Israeli public—has turned this #MeToo reckoning into another episode in the feud between cultural institutions and politicians, toeing the line of Israel’s delicate Ashkenazi-Mizrachi power-laden identity politics. In Israel, favoritism toward art, and artists, of European descent has been heavily linked to the Ashkenazi-dominated establishment that ran the country for most of its early history. Similar to the climate in the United States, while most recognize the need to fix historical imbalances between racial groups, many disagree on how it should be implemented. 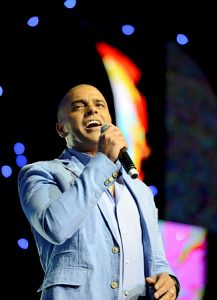 The play, written by Maor Zagouri, will tell the fictional story of the Toledano family—a father and his three daughters—who together manage an Andalusian orchestra in Jerusalem. Following continued public criticism, theater management has decided to stand by the production while pushing back its debut to March 2019 from the original opening date of December 2018.

Allegations and Rebuke in the Age of #MeToo

In November 2013, allegations against Golan and his father, Dani Bitton, claimed that the pair engaged in a disturbing pattern of sexual relations with minors. Following a three-month investigation, Israeli police recommended that both should be indicted. In early 2014, the prosecution announced it was closing the case against Golan due to a lack of evidence. Bitton agreed to a plea deal, accepting charges of forced prostitution under aggravated circumstances, exploitation of minors for prostitution, disruption of court proceedings and destruction of evidence. As a result, Bitton was sentenced to two years in prison and ordered to pay three of the accusers 50,000 shekels (around $14,000) each.

Despite the fact Golan has not been found guilty in the case, many across Israeli society and the theater community have rebuked the Cameri Theater for its decision to bring Golan’s music to the stage. Yair Ashkenazi, a theater reporter for Haaretz, says that the decision is emblematic of the Israeli theater community’s avoidance of the #MeToo movement. “At a time when [Pulitzer Prize winner] David Mamet is writing a play about Harvey Weinstein and #MeToo, the fact that an Israeli theater chooses to work with Golan raises some questions,” he says. “As a public theater, it is offensive to the public’s feelings, especially those of male and female sexual assault survivors.”

Kulan, an organization dedicated to promoting feminist discourse in Israeli society, addressed the issue via a lengthy May 29 Facebook post: “The social ability to accept Eyal Golan as the ‘national singer’ shows how normal and reasonable it is in the eyes of Israeli society and culture to go about as if nothing happened,” it read. “This is rape culture.”

Dror Keren, a veteran actor and playwright of the Cameri, issued a critical public letter addressed to the theater’s management. “In a year where men in key positions, who used women just because they could, are being denounced and disgraced, they seem to be given the royal treatment here,” he wrote.

Following continued public outrage, the theater released a statement attempting to clarify that the play is not about Golan, blaming the media for distorting the facts: “It’s Me is an original play written by Maor Zagouri. The plot does not have anything to do with Golan,” it said. “Golan’s songs, written by some of Israel’s foremost songwriters, are merely the soundtrack.”

Responses to that line of defense portray this statement as a cheap attempt to sidestep controversy in the name of potential profit. “They are trying to disconnect the man [Golan] from the play and the substance,” Ashkenazi says, adding that most of the audience will probably buy tickets to the play due to Golan’s songs—not Zagouri’s work.

While Zagouri has become a rising star in the industry after writing a number of successful plays and television shows, his fame cannot be compared to Golan’s. With a career spanning over 20 albums—most of which certified platinum—and as the first Mizrachi artist to earn Artist of the Year and Song of the Year honors from Israel’s public radio agency, Golan is arguably the most successful Mizrachi artist in the country’s history.

Kulan was sharper in its rebuke, saying that this response by the Cameri is simply “normalizing his image and legitimizing the creep.”

While Golan has not escaped criticism due to the scandal, his career has continued relatively unscathed. In a poll conducted by Yediot Aharonot in celebration of Israel’s 70th birthday, Golan was named the country’s most popular artist by its readers. Aside from his standing as the most successful Mizrachi artist in the nation’s history, the singer has long been enjoying institutional support despite the allegations against him. More specifically, he has curried the favor of right-wing Likud politician Miri Regev, Israel’s Minister of Culture since 2015.

Since entering office, Regev has made it her goal to, as she claims, promote “social justice” by diverting both funds and public attention toward Mizrachi art. In an interview with Israel Hayom concluding her first year in office, Regev said that while many people have been afraid to tackle the Ashkenazi cultural elite—the Cameri theater included—she will not hesitate to “move their cheese.” 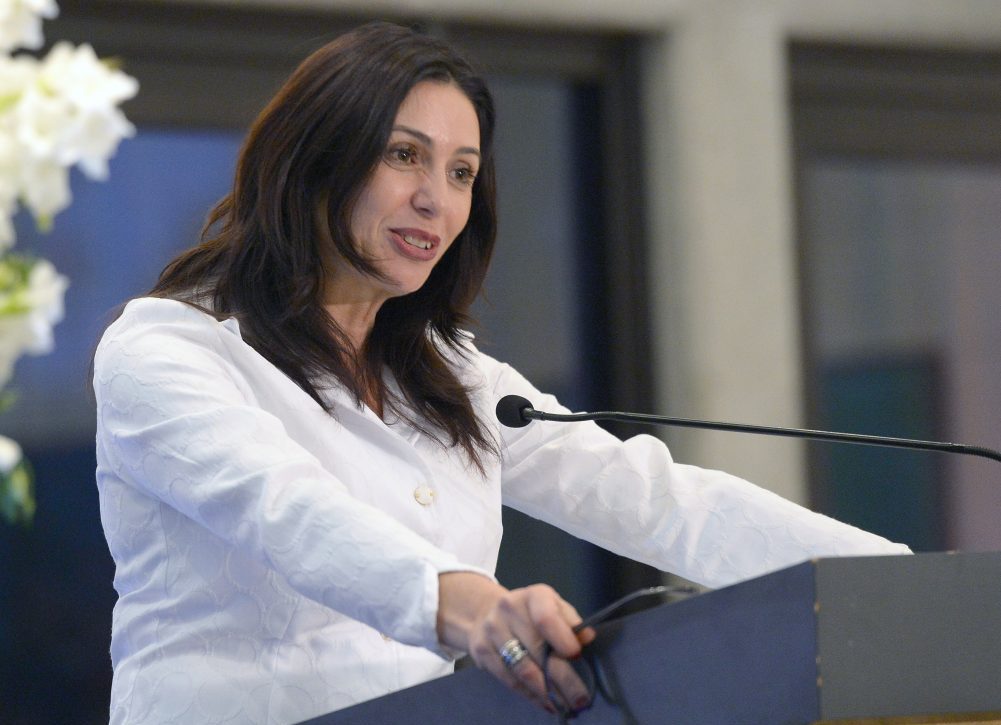 The fact that the Zagouri, Golan and the premise of the play are all part of Mizrachi culture quickly mobilized Regev to their defense. “I look forward to watching the play,” she said in a public announcement. “I am happy that my vision of putting the Mizrachi Israeli culture in the front of the stage is seeping through to our cultural institutions,” she added. “The production of It’s Me is a blessed step for the Cameri Theater and a huge step towards fulfilling the vision of cultural justice. It’s not just It’s Me but also first and foremost ‘it’s us.’”

Critics like Keren counter that the goal of increasing Mizrachi visibility in the public sphere should not take precedence over other important issues such as sexual assault. “This isn’t Mizrachi affirmative action as the Minister of Culture said, and it’s not ‘turning to new audiences,’” Keren wrote. “It is first and foremost a spit in the face of Eyal Golan’s victims and the face of everyone who thinks this is wrong.”

Ashkenazi mentioned a long list of original Mizrachi plays—such as Bustan Sephardi, a semi-autobiographical play written by former President Yitzhak Navon which includes Ladino songs—that could have served as better flag bearers for social equality in the Israeli arts scene. “If she [Regev] says she wants affirmative action, it can be done, and it existed before as well,” he says. “If you do it in a deep, substantial way, it’s good. But here it looks both very commercial and very provocative.”

Yochai Greenfeld was subjected to conversion therapy in his Israel. That process, and his recovery, is the subject of ‘It Gets Bitter.”

END_OF_DOCUMENT_TOKEN_TO_BE_REPLACED

Toward the end of World War II, an increasingly paranoid Adolf Hitler worried about poison. To protect himself, he required young women—girls of “good German stock”—to taste his food before each meal.

END_OF_DOCUMENT_TOKEN_TO_BE_REPLACED

Joshua Harmon’s new play Prayer for the French Republic draws us into the life of a French Jewish family struggling to decide whether it is safe to remain in the country they have called home for generations.

END_OF_DOCUMENT_TOKEN_TO_BE_REPLACED

Theodore Bikel’s The City of Light with Aimee Ginsburg Bikel

END_OF_DOCUMENT_TOKEN_TO_BE_REPLACED

Going back to his early line drawings, you can see that Sendak liked to populate the world with Sendaks.

END_OF_DOCUMENT_TOKEN_TO_BE_REPLACED

Rebecca Traister is angry. She is angry, and every day strangers criticize her rage, or tell her she sounds like a fool, or that attractive women should not get angry.

END_OF_DOCUMENT_TOKEN_TO_BE_REPLACED

Opinion | The Many Gradations of #MeToo

In the year since the Harvey Weinstein case hit the headlines and the #MeToo movement exploded in every direction, I’ve felt increasingly distressed by the number of prominent Jewish men among the accused. Aside from the obvious names—from Senator Al Franken to conductor James Levine, from actors and journalists to Judge Alex Kozinski—one that particularly troubles me is scholar-macher Steven M. Cohen, the sociologist whose in-depth surveys have helped American Jews understand ourselves better, and who happens to be my long-term acquaintance.