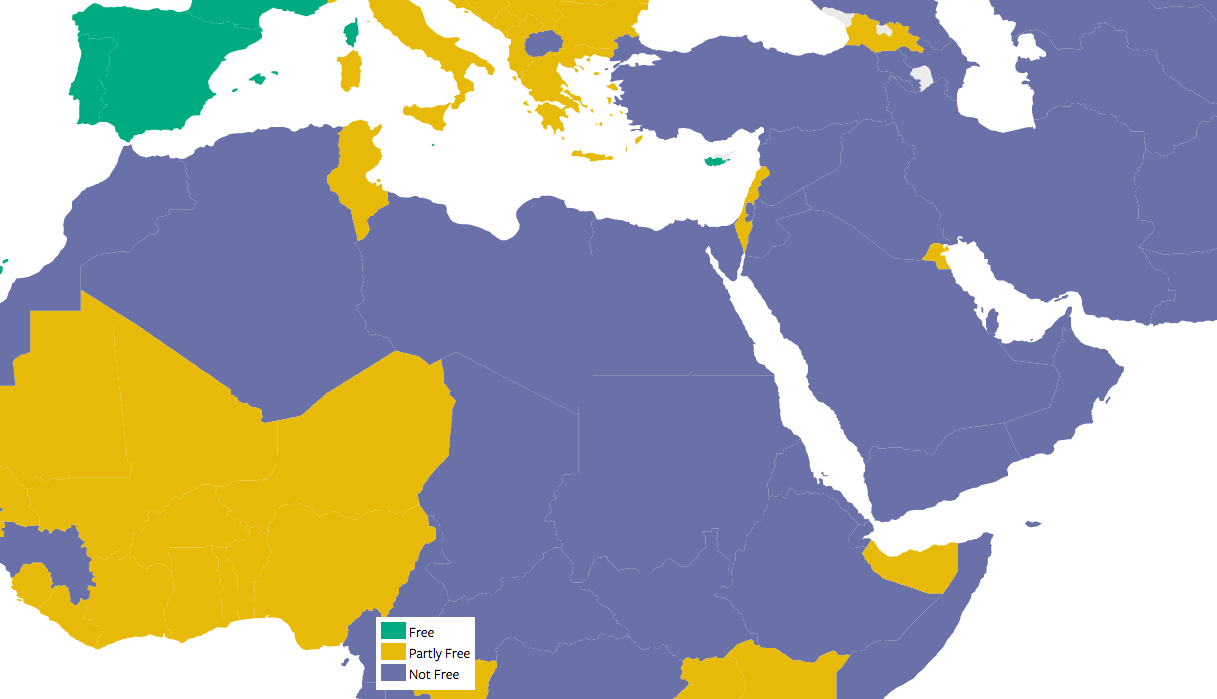 At first, the headline read: “Netanyahu’s Promises of Calm Replaced by Cheerleading.”

But soon after the story ran in Israel’s Walla News earlier this year, one word was removed: “Netanyahu.”

Why the change? The rationale is unclear, but critics worry about escalating editorial pressure from the prime minister’s office. And they wonder: What is happening to freedom of the press in Israel?

“An atmosphere of intimidation,” Ruth Margalit writes in The New York Times, “has begun to take hold in many, if not most, of the country’s newsrooms.”

For Margalit, an Israeli writer who detailed the headline debacle in a recent op-ed, such decisions point to an erosion of editorial freedom — all stemming from Prime Minister Benjamin Netanyahu. She describes a leader who paints himself as a victim of liberal media bias, even as he strengthens his hold on Israeli outlets’ independence.

Earlier this year, Freedom House, an American advocacy group, demoted Israel from “free” to “partly free” in its annual freedom of the press rankings. Sarah Repucci, who oversees the freedom of the press project, says that the country’s problems aren’t new, but they’re getting worse.

“Israel has hung on the threshold of ‘free’ and ‘partly free’ for nearly 10 years,” she says in a phone interview. “This year, we really felt that a balance had been tipped.” While Israel scored higher than surrounding countries, its Freedom House ranking was lowered to ‘partly free’ in 2016. Credit: Freedom House

One of the worries tipping the scale: Yisrael Hayom, a newspaper owned and subsidized by American businessman Sheldon Adelson. Available for free, the paper is considered to strongly favor Netanyahu’s views. As Robert Slater wrote in Moment’s 2014 story on Adelson, “Yisrael Hayom is seen as supporting Prime Minister Benjamin Netanyahu so unabashedly that political wags dubbed the paper ‘Bibiton’ — blending Netanyahu’s nickname, ‘Bibi,’ with iton, the Hebrew word for newspaper.”

Now, Yisrael Hayom captures 40 percent of the market, according to Freedom House’s report. And as the newspaper’s popularity grows, other outlets struggle.

“It has been able to dominate the newspaper market in a way that has pushed other news sources out,” says Repucci. “Meanwhile, it is a paper that seems to have a political agenda.”

Freedom House is also worried about the proliferation of paid content, which often goes unlabeled in Israeli media. Some of that content comes from government ministries and state agencies, which “pay millions of shekels to websites, newspapers, and commercial television channels to get their messages out,” according to Freedom House’s report.

From a historical standpoint, Netanyahu’s approach to the press is undoubtedly unique. For over a year, he has served as Israel’s communications minister himself — in addition to his duties as prime minister — an unusual decision that critics argue gives him too much regulatory control over the market.

Still, Freedom House didn’t consider Netanyahu’s dual roles in its rankings. While the group is concerned about Netanyahu’s decision to assume the role of communications minister, it determined that — so far — the prime minister hasn’t abused his authority.

“In order for that to impact our scores, we’d wait for a real conflict of interest,” says Repucci. “It is something that we’re watching very closely — and we’ll see whether it impacts our scores for 2016.”