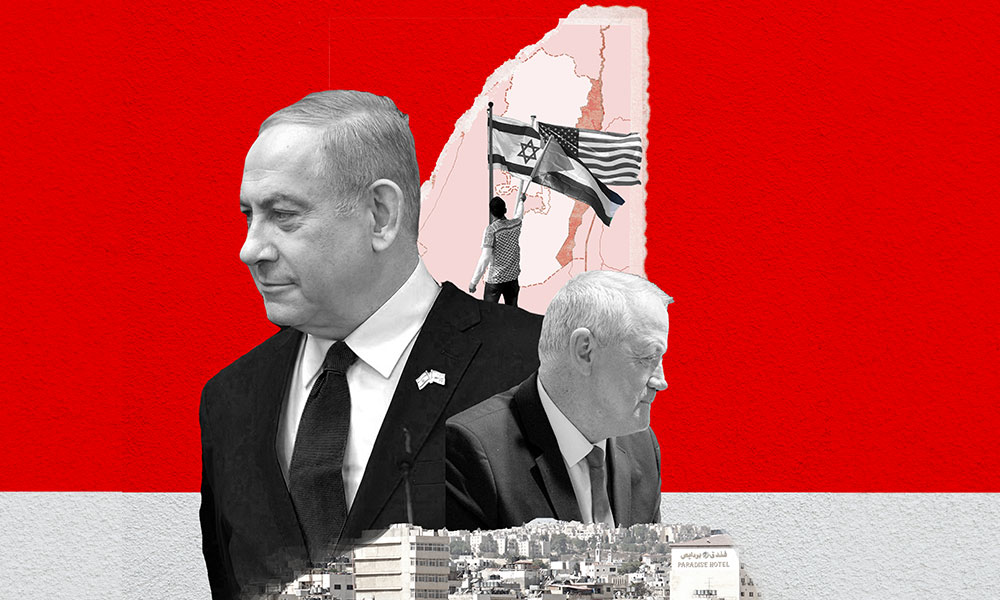 Sign up here to get Politics & Power delivered to your inbox every Monday.

It’s not easy being a pro-Israeli advocacy group these days.

After a year and a half of political stalemate, Israel’s self-proclaimed “emergency government,” led by Benjamin Netanyahu and shared by his former rival Benny Gantz, is now speeding up its efforts toward implementing what could be the nation’s most consequential move in decades: annexing parts of the West Bank which include the Jordan Valley and all Jewish settlements.

The issue has been of deep concern to pro-Israel American Jews. Most oppose it, and some favor it, but none are indifferent.

Those who see their political and ideological home in the center and left think that Israeli annexation would spell the end of the two-state solution. They fear it would put Israel on a path they’ve been warning against for years, one which would force Israel to decide between remaining democratic or maintaining its Jewish character.

Members of the American Jewish community who are supportive of Netanyahu, of the settler movement or of Trump (and in many cases these areas of support overlap) view the annexation as a historic opportunity to put an end to the notion that Israel’s presence in the West Bank is temporary and illegal.

But regardless of the view voiced by these pro-Israel American Jews, Israel doesn’t really care.

For all the tightrope walking, the carefully formulated nuanced comments, and the impossible straddling between wishing to allow Israel to make its own decisions while providing cautionary input from abroad, American Jews and their views don’t really move the needle in Netanyahu and Gantz’s decision-making process.

Past Israeli leaders made an effort to explain or convince (or at least pretend to) American Jews of their positions, fearful of losing support.

Netanyahu however, according to a couple of communal activists close to the leadership of major groups, has not made an effort to reach out. Communication with Jerusalem on the issue has been limited, and pro-Israeli Americans were left with the feeling that their concerns don’t factor into Israel’s set of political calculations.

To put it bluntly: Who cares whether the American Jewish community likes the idea of annexation or sees it as a dangerous move, as long as Israel has the blessing of Donald Trump, a president elected with very little Jewish support?

2. AIPAC’s middle road that satisfies none

True to its unofficial role as the responsible adult in the pro-Israel advocacy world, AIPAC tried to come up with a solution. The lobby’s idea was to sit on the fence when it comes to the issue itself—supporting or opposing the annexation—but at the same time to allow room for dissent among those who feel uneasy with the move.

AIPAC, as reported by Ron Kampeas at JTA, basically told lawmakers that it’s okay to oppose the Israeli move and to criticize Israel over it if they so wish. In other words, the powerful lobby sent a clear message that there will be no retribution for opposing Israel’s move. (It’s important to note once again that AIPAC does not endorse candidates, nor does it contribute to political campaigns, but a sign from the lobby that a certain lawmaker is insufficiently pro-Israel could signal to the group’s members, many of whom are major political donors, that they should put their money elsewhere.)

This message reflects the type of savviness that has made AIPAC such an important player in the American political system. It acknowledges that at times, the Israeli government will make moves that are so out of touch with Americans, or at least with those on the Democratic side, that there’s no sense fighting to get lawmakers on board with Israel on these issues. Still, AIPAC drew a clear red line: Criticizing an Israeli move to annex parts of the West Bank is legit, but threatening to cut or condition U.S. aid to Israel because of this move is not cool.

In doing so, AIPAC tried to provide centrist supporters of Israel with a way to stay true to their beliefs and let out some steam, while casting aside the pro-aid-cut progressives, such as Bernie Sanders, Elizabeth Warren and Rashida Tlaib.

But the lobby’s message to lawmakers (and, for that matter, to all who see themselves as pro-Israel Democrats who care about a two-state solution) is also indicative of the current state of affairs in relations between Israel and American Democrats.

By giving an illicit “green light” to criticize Israel’s government, mainstream pro-Israel activists are basically acknowledging that the era of fighting for “no daylight” between Israel and the U.S. is over. They seem to accept that there is a real chasm separating Democrats and the current Israeli government and its policies and that the best pro-Israel Jews can hope for is a polite disagreement that doesn’t endanger the most valuable product of this relationship: U.S. military aid to Israel.

Could this be the new rule for maintaining Israel’s relations with half of the American political system?

Perhaps. It just might be the most they can do right now, in an era defined by the Israeli government’s alliance with Trump and the Republicans, and by the growing discontent among progressive Democrats with the notion that Israel deserves a special place in their Middle East viewpoint.

As AIPAC and centrists in the pro-Israel community struggle to find their voice on Israel’s upcoming annexation, and while J Street and others on the pro-Israel left are launching a war against the move, Republican Jews have chosen to support—clearly and vocally—Israel’s decision to annex parts of the West Bank.

“We will be making a major lobbying effort to encourage Republicans in the Senate and House to express their support for the government of Israel and to support Israel’s extending sovereignty over parts of Judea, Samaria, and the Jordan Valley in order to promote the security of its citizens and the stability of the region,” the Republican Jewish Coalition (RJC) announced last week.

On one hand, this is par for the course. RJC has supported the idea of annexation and has warmly embraced Trump’s peace plan, which enables the move.

But on the other hand, this lobbying campaign in favor of annexation could be a bit premature, or at least not fully in line with the thinking in Jerusalem and in Washington.

Netanyahu and the Israeli government, while clearly interested in implementing the move, are also considering some sort of compromise, given the staunch opposition from Europe and from moderate Arab countries, including Jordan and the Gulf states. The annexation may be delayed, or could end up being partial and gradual, in order to deflect some of the criticism.

And as for Trump and his administration: It is unclear how committed they are to the idea by now, and how enthusiastic they still are about allowing Israel to move forward with annexing the territories.

The upcoming month could prove to be among the most significant in the history of Israel and of its relations with the U.S. and the world. Annexation will entail long term consequences and, on a political level, could deliver a blow to the already fraught relationship between Israel and liberal Americans, including Jewish liberals.

But it also comes with the worst timing.

America’s attention is set elsewhere, as is the political and communal focus of Jewish Americans.

International affairs, even those close to the hearts of Jewish Americans, cannot compete with the bigger issues tearing America apart: the fight for racial justice waging in the streets of every city in the country, and the struggle to overcome the worst pandemic in decades and its debilitating effects on the American economy.

Jewish groups and activists are working to build coalitions with African-American groups, to advance legislation that would curb police violence and to show up in person for protests and interfaith events. At the same time, Jewish organizations are struggling with a funding stream that has all but dried up and with the need to lay off staff and cut programming. Their own ability to take on major advocacy drives on annexation is limited and could be seen as not in tune with the community’s needs right now.

Which is to say that the voice of Jewish Americans may not be the loudest or the most impactful in this debate. Israel’s annexation will either go forward or stall, but it won’t be for the efforts launched by the Jewish community.