Introducing ‘This Moment in Art’

This Moment in Art

We are excited to introduce our new publication featuring the creative arts, current exhibitions, events and happenings, as well as occasional interviews and stories that we think will be of interest to you. We’ll also keep you updated on the newest additions to The Moment Gallery—our nonprofit arts showcase dedicated to expanding today’s conversations through art—and let you know about related MomentLive! Zoominars and other activities. Please email us at arts@momentmag.com with suggestions for exhibitions and art to include. 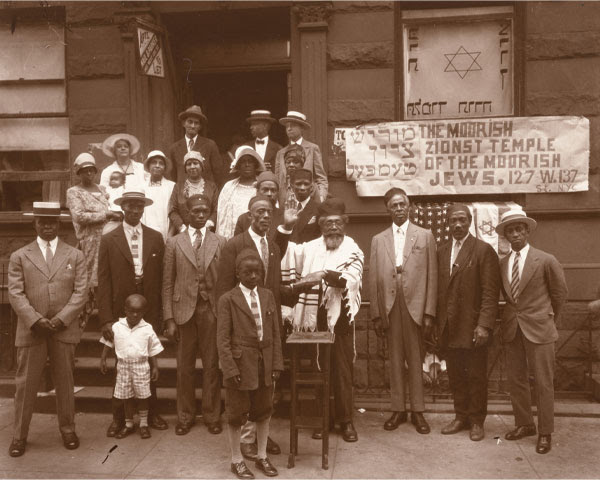 The above photograph is included in “James Van Der Zee’s Photographs: A Portrait of Harlem” on view at the National Gallery of Art in Washington, D.C. through May 30. The exhibition constitutes a remarkable chronicle of life in New York City’s Harlem, a majority Black neighborhood, during the 1920s, 1930s and beyond. Van Der Zee’s carefully composed photographs convey the personalities, aspirations and spirit of his sitters. Some 40 works from the National Gallery’s collection feature Van Der Zee’s studio portraits, along with his images of Harlem nightclubs and storefronts, as well as religious, social, athletic and political community groups. Together they provide insight into Harlem’s rich social life as it became an influential center of American culture during the Harlem Renaissance. 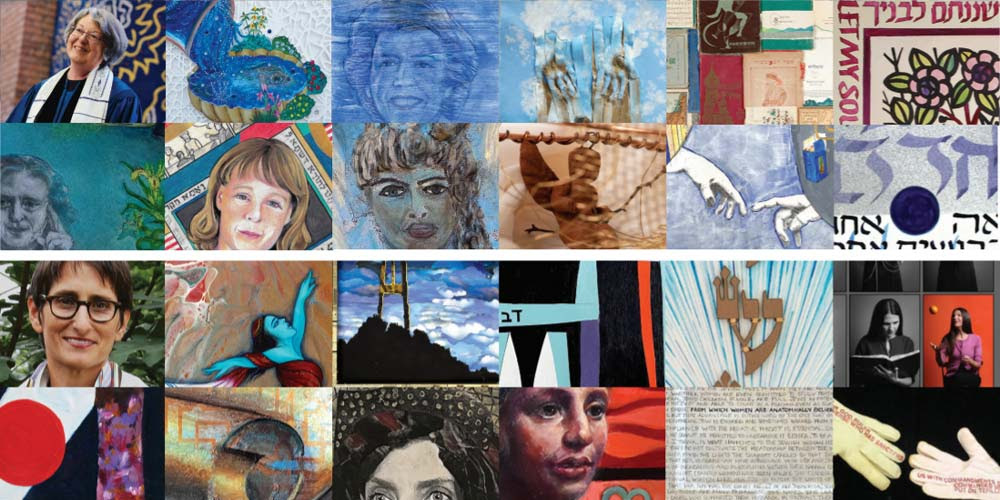 The new exhibition “Holy Sparks: Celebrating 50 Years of Women in the Rabbinate” marks the 50th anniversary of Rabbi Sally J. Priesand’s ordination in 1972 at Hebrew Union College-Jewish Institute of Religion in Cincinnati as America’s first female rabbi. On display at the Hebrew Union College’s New York City branch’s Dr. Bernard Heller Museum, 1 West 4th Street, through May 22, the show pairs 24 female rabbis—all “firsts” of some kind—with 24 female Jewish artists who were asked to portray the individual rabbis’ stories. A collaboration between HUC and The Braid (formerly Jewish Women’s Theatre), a California-based company, the exhibit examines the shifts in Judaism over the past five decades through the inclusion and rising influence of women rabbis. The artworks portray the women’s often-difficult journey to the rabbinate and their efforts to build a better Judaism. The exhibition will move on to the HUC-Jewish Institute of Religion in Cincinnati, May 19 to September 4. 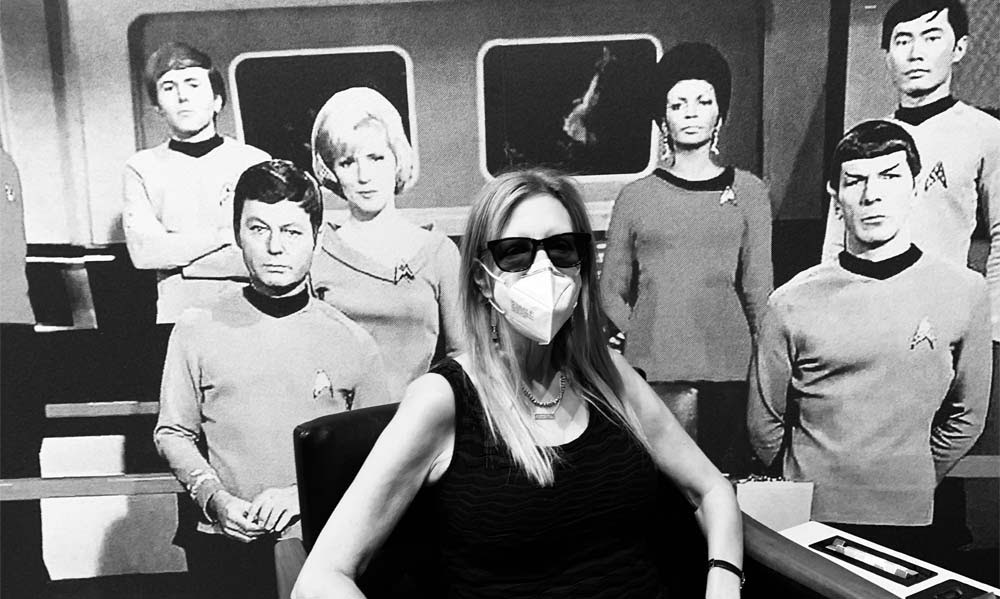 Moment’s editor-in-chief, Nadine Epstein, takes a turn in the captain’s chair in the Star Trek exhibition. Courtesy of Nadine Epstein.

A West Coast must-see is “Star Trek: Exploring New Worlds,” on view through February 20 at the Skirball Cultural Center in Los Angeles. Travel by “transporter,” sit in the Captain’s chair or see the actual costumes the actors wore in this hands-on, participatory exhibition. “Star Trek is art with lasting influence,” says our editor-in-chief, Nadine Epstein, who saw the exhibit and was thrilled to try out the captain’s chair. “Its themes of heroism, optimism, equality and humanity at its best portray a future that has inspired millions and continues to do so. Plus the props that the show’s creators envisioned and designed anticipated technology such as mobile phones and more.” The exhibit showcases more than a half-century of this enduring pop-culture marvel. Some 100 rare artifacts, props and photo and video interactives bring Star Trek’s impact on culture, art and technology to life. 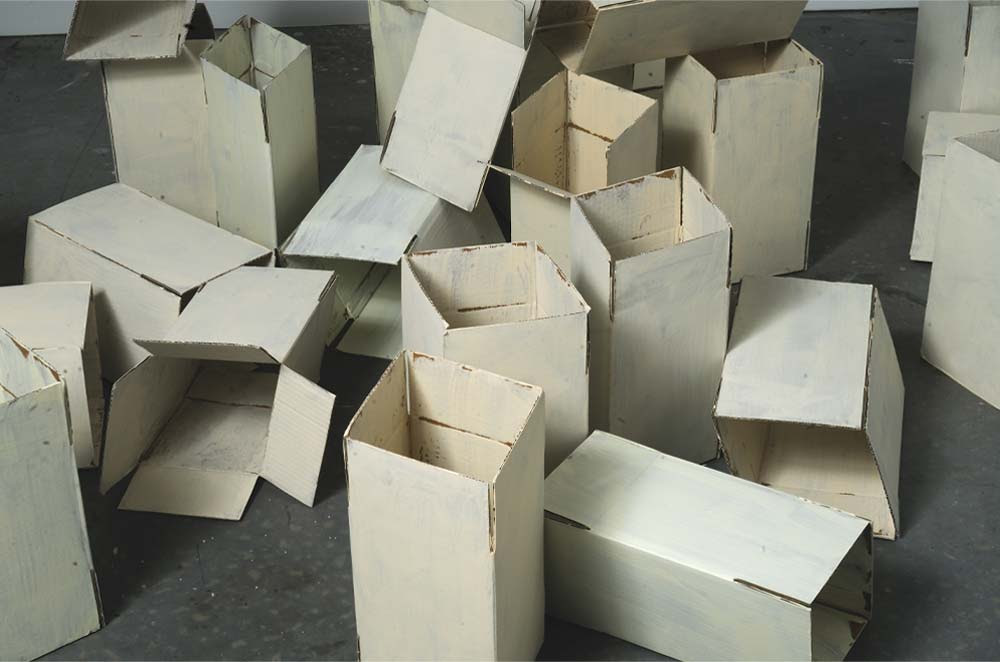 “Untitled,” cardboard and acrylic: These painted boxes are meant to evoke the disposable cardboard urns in which the ashes of women, children and men were stored at the Terezin concentration camp. ©2019 Miriam Mörsel Nathan

“Creative Quest: Art from the Holocaust’s Second Generation” will be on display at Howard Community College’s Horowitz Center for Visual & Performing Arts in Columbia, Maryland from March 1 through April 28, 2022. The participating artists are Trudy Babchak, Coos Hamburger, Micheline Klagsbrun, Margot S. Neuhaus, Chaya Schapiro, Mindy Weisel and Miriam Morsel Nathan, whose installation captures part of her mother’s story, from her time in Prague in 1942 through her subsequent imprisonment in the Terezin concentration camp.

“The Hare with Amber Eyes” tells the story of the Ephrussi banking and oil dynasty, originally from Odessa, that was the focus of the bestselling 2010 memoir of the same name by English artist, master potter and author Edmund de Waal. The exhibition, on view at the Jewish Museum, New York through May 15, 2022, explores the family’s rise to prominence in the first half of the 19th century, profiles the prolific collector Charles Ephrussi, and traces the dynasty through World War II, when the family lost its fortune and collection to Nazi looting. The exhibit features artifacts, memorabilia and works by such artists as Claude Monet and Auguste Renoir, along with a show-stopping 168 netsukes from de Waal’s renowned collection, including the compelling white hare with amber eyes. 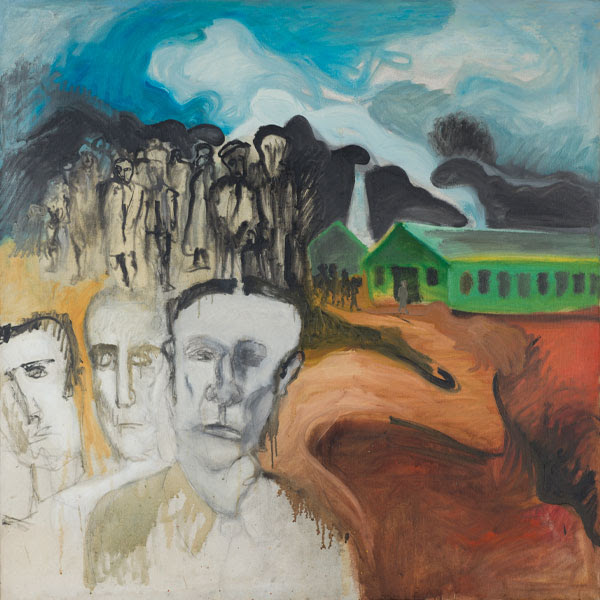 The Museum of Jewish Heritage in New York City is presenting works by the 20th-century artist and Holocaust survivor Boris Lurie. The show, “Boris Lurie: Nothing To Do But To Try,” features the artist’s so-called “War Series,” along with never-before-exhibited objects and ephemera from his personal archive. What emerges is a portrait of an artist dealing with trauma, haunting memories and an elusive quest for freedom. On view through April 29. 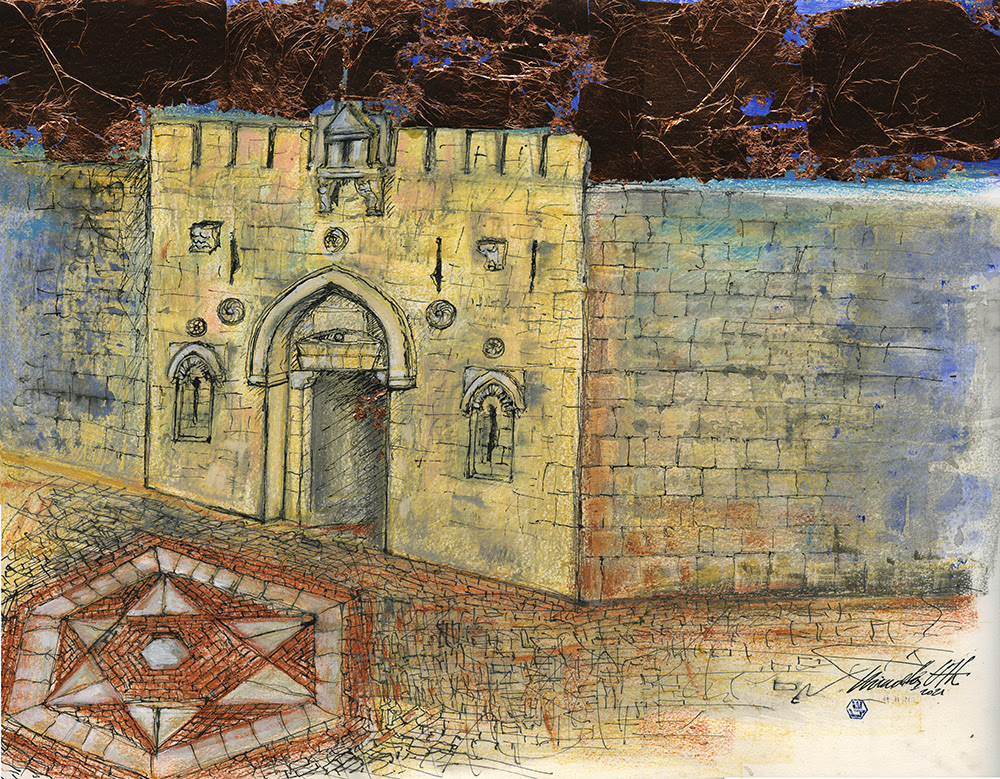 This month we highlight Simonida Perica Uth’s  “Zion Gate,” created on Arches paper with oil pastel, Chinese ink and copper leaf. The 18” x 24” painting is available for purchase at momentmag.com/simonida-uth/ or by calling Johnna Raskin at 202-363-6422. 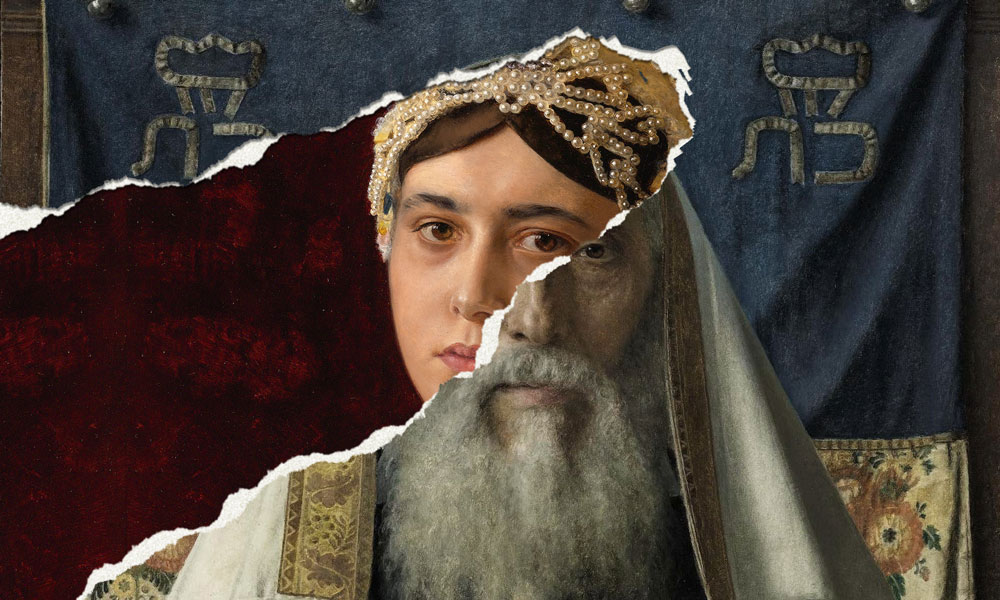 HOW HAVE FEMALE CLERGY TRANSFORMED JEWISH LIFE, RITUAL AND PRACTICE?