How Do You Teach Human Rights? 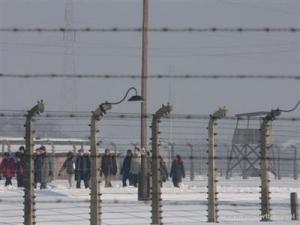 On International Holocaust Memorial Day (January 27) this year, a report from the European Union Agency for Fundamental Rights (FRA) was released outlining the current Holocaust education curriculum in EU secondary schools.  The report advocates linking the study of that era with more contemporary instances of human rights crimes As the authors of the report ask, “Is education about the history of the Holocaust an end in itself? How can knowledge about the past be used for mastering the present? Is there a natural link between Holocaust education and human rights education? How can young people be encouraged to reflect self-critically on their role in society?”

The FRA report brings to light deficiencies in the classroom that may have led to the recent embrace of right-wing ideology. (Exhibit A: Switzerland and the Netherlands).  It is not enough, the authors’ believe, to teach about the Holocaust and to assume that broader lessons of acceptance and tolerance will be learned.  Maybe I’m cynical, but I don’t think greater concentration on making the lessons of the Holocaust relevant for today’s students, through a hazily-defined “human rights education,” is the best way forward either.

First of all, I am uneasy with using the Holocaust as a pedagogical morality tool.  While it is important for every generation to understand its country’s role during that period, it is equally important for them to understand the historical framework which allowed it to occur.  Racism, xenophobia, and anti-Semitism come in all forms and from various sources.  To paraphrase a French-Jewish journalist, anti-Semitism is not only about hearing the jackboots marching down the street or Nazi flags flying.

Secondly, yes.  Human rights is an important issue.  It is the cornerstone of many European countries’ constitutions.  And yet, those rights are diminished time and again.  When politicians liken the Koran to Mein Kampf (as Geert Wilders, the leader of the Dutch ‘Party for Freedom’ did) with no political repercussions and when the construction of religious buildings is made illegal, citizens’ rights are being violated.  Recommending greater human rights education as a way to combat these trends is a sound abstract idea. But this report offers few suggestions on how to translate that lofty goal into a concrete reality.

Insisting that all graduating students should know about Universal Declaration of Human Rights–as one member of an FRA focus group suggested—is not enough.  Human rights education should include weaving information into the school day about the various religious and ethnic groups that live in Europe.  Accompanying lessons on the Holocaust should be discussions of contemporary Jewish life in the Netherlands.  Discussions about the headscarf or the minaret controversy (if this is even broached in the classroom) should involve a larger discussion about Muslim traditions.  The report acknowledges that the past needs to be linked to the present to have a real effect.  But instead of relying primarily on pedagogically successful visits to concentration camp or museums of tolerance to make a difference, it should also be linked to issues in their students’, and their own, backyards.

Otherwise, it will be one more thing to forget after graduation and will result in little change at the polls.

Symi Rom-Rymer writes and blogs about Jewish and Muslim communities in the US and Europe. She has been published in JTA, The Christian Science Monitor and Jewcy.

END_OF_DOCUMENT_TOKEN_TO_BE_REPLACED

One thought on “How Do You Teach Human Rights?”