How Bad is Israel’s Wave of Violence?

Home / Latest / How Bad is Israel’s Wave of Violence? 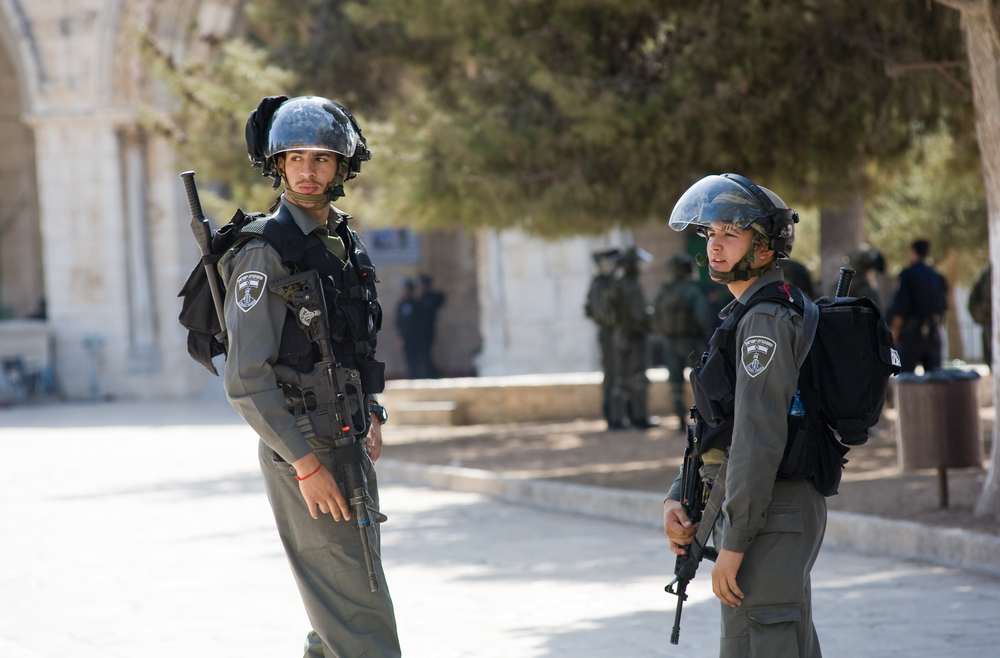 How Bad is Israel’s Wave of Violence?

“This is the worst situation Israel has faced in decades,” said a worried and angry friend, repeating an assessment he’d heard. That was a few hours after I arrived in Baltimore on Oct. 21, straight from the “front” in Israel, about three weeks after Palestinians began attacking Israelis, mostly in stabbings.

While there must be no dismissal or flippancy about the killing of Israelis, there is a need to put this series of attacks into its proper perspective.

A few days before flying to the U.S., I was on an Israeli TV news program talking about media coverage, and the two anchors did what I have done so often that my wife covers her ears—they compared the death toll from the terrorist attacks to the death toll on Israel’s highways during the same period. At that time, they said, it was terrorists: 12, highways: 19.

Local Israeli reporting has gone off the deep end. After the first two attacks in quick succession—the shooting deaths of a couple in the West Bank in front of their children and the fatal stabbing of two men in the Old City of Jerusalem—Israeli TV channels quickly labeled the affair a “wave of terror” and started expanded newscasts, reporting every attack in breathless and intimate detail.

That’s totally predictable in Israel, which is a bipolar society in many ways. As a whole, people believe that the situation is either wonderful or awful, with little middle ground. Historical perspective is not found often in day-to-day discourse in Israel. It comes, if at all, only later.

Such overblown rhetoric is not justified—at least, not yet. The sad fact is that attacks like these are not uncommon in normal times, if there is such a thing. Palestinians throw rocks at Israeli vehicles in the West Bank practically every day. Firebombs are not uncommon. Palestinians are often caught with knives or pipe bombs in their bags at checkpoints, and there are frequent attempted stabbings of soldiers and police.

There are two differences this time: Palestinians are targeting civilians along with soldiers and police, and—just as important—the incidents are being reported. In those so-called normal times, such attacks don’t make the news, even local news, unless someone is seriously injured or killed. The reporting itself has blown this wave of violence out of proportion.

Let’s be clear. This is far from the worst wave of violence Israel has had to deal with, even in this century. It’s not a “third intifada.” References to the past are the standard human way of dealing with troubling events of the present. That said, a wave of stabbing attacks amounts to much, much less than the two Palestinian uprisings, which were actual “waves of terror.”

As a radio correspondent, I was on the scene of the Palestinian atrocities of those two uprisings. I walked through the rubble of blown-up restaurants. I picked my way through the smoking skeletons of Jerusalem buses hit by suicide bombers. Thousands died in those two conflicts.

What’s happening now, painful as it might be, is not a threat to the existence of the Jewish state. It’s not a reason for people to cancel trips to Israel, and it’s not a reason for Israelis to stay off the streets or stop riding buses. Though some Israelis are showing that level of fear, most are just stepping up their vigilance while going about their regular daily lives—the right response under the circumstances, despite the hysterical local media treatment.

Coverage in Western media, by contrast, has come under criticism in pro-Israel circles on two counts—the perception that Palestinian suffering his played up, while Palestinian attacks and Israeli victims are underplayed.

These are elements of a decades-long Western media over-emphasis of Israel and the Palestinians, far beyond the actual importance of their story. Three dozen fatalities in a month barely go noticed by general media anywhere else. As an illustration, here in Baltimore, 213 people were murdered in the first eight months of 2015. I haven’t seen any front-page articles about that outside Baltimore itself. So while one can ask why Western media coverage of Israeli-Palestinian violence is one-sided—depending on one’s point of view—one can also ask why there’s much coverage at all.

There is less overall coverage of this wave of violence than there has been in the past. That is easily explainable by the fact that there is a much larger and more important story developing in the Mideast—Syria, with its millions of refugees, hundreds of thousands of dead and active Russian involvement—not to mention that there’s a presidential campaign underway in the U.S., soaking up much media attention.

That leaves less room in the media for the usual out-of-proportion obsession with Israel and the Palestinians—and that’s a good thing.

Mark Lavie has covered the Middle East as a foreign correspondent for more than 40 years. He is the author of Broken Spring.