Five Jewish Fathers to Think About This Father’s Day

The fifth of the Ten Commandments is “honor thy father and thy mother,” and in the Jewish tradition, fatherly responsibilities are certainly honorable. Fathers are given the bulk of parenting responsibilities in the Talmud, mainly in relation to their sons. Though mothers are often given equal responsibilities in providing their sons with mitzvot, fathers are charged with circumcising their son, teaching him Torah and a trade, as well as “acquiring” him a wife. Through a more modern lens, the rules for being a good Jewish father are the same rules for being a good Jew: Practice kindness, honesty and acceptance.

However, when these duties aren’t fulfilled—especially by the Jewish fathers many of us look up to—how do we reconcile our notions of what it means to be a Jewish father with the realities of parenthood? Perhaps, ironically enough, Ethics of the Fathers—a compilation of ethical teachings—offers an answer: “You are not obligated to complete the work, but neither are you free to desist from it” (2:21). On Father’s Day, we can recognize the shortcomings of the fathers that came before us and improve upon the strides they made. Fathers of today must look to the intentions put forth by the Jewish doctrine and continue the work that was too-long desisted from.

On that note, we’ve decided to put together a list of five famous historical Jewish fathers to make you consider what it means to be a good Jewish father today. All of them—despite their defects—made headway in providing their children with a better world than the one they inherited. Listed from most recent to most historical, these five Jewish fathers changed the world; now it’s up to the Jewish fathers of today to do the same. 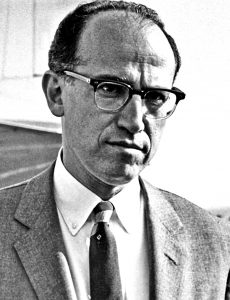 Jonas Salk, a 20th century American scientist, is best remembered for his successful invention of the polio vaccine. Made available to the public in 1955, Salk’s vaccine saved the lives of countless children and adults who may have otherwise been struck by the deadly disease.

Before the vaccine could be released to the public after its animal testing, however, it had to be tested on human subjects. Salk inoculated various children in the Pittsburgh area, but also “injected himself, his wife and his three sons in his kitchen after boiling the needles and syringes on his stovetop,” making his family one of the first to be protected against the disease.

Salk took the massive risk of using his own children as test subjects because he trusted that it would lead to the greater good of humanity—a double-edged sword of Jewish fatherhood. Was Salk noble for risking his children to save millions, or was he cruel for putting them in any harm’s way? One imperative part of being a good Jewish father is sacrifice—and Salk made perhaps the biggest sacrifice of all to guarantee the long-term safety of his children. It is up to you to determine whether this sacrifice was worthwhile. 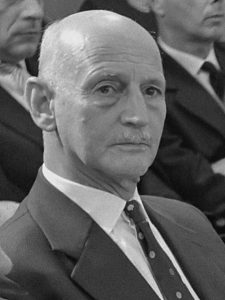 Perhaps the most revered Jewish father of the 20th century, Otto Frank ensured the legacy of his daughter, Anne, by publishing the diary she’d kept while the family was hiding in the now-infamous annex in Amsterdam before they were found and sent to labor camps. After Frank was freed but learned his wife and daughters had perished, he found and published the diary.

Frank’s fatherly commitment didn’t stop there. When contacted with fan mail, the end of Frank’s responses would often be: “I hope that Anne’s book will impact the rest of your life so that insofar as it is possible in your own circumstances, you will work for unity and peace.” To this day, the proceeds from the book go to causes that Frank chose, such as “paying medical bills for people who helped Jews during the war.”

In every step of his life after liberation, from Anne’s diary publication to the preservation of the annex, Otto Frank devoted himself to honoring and protecting Anne’s legacy. When Anne’s fate made it impossible for her to honor her mother and father, Frank took it upon himself to honor her. Though it could be argued that the publication of the diary was a violation of Anne’s privacy, preserving her memory allowed Frank to bring hope to others in dire circumstances. Though he couldn’t save Anne, if being a good Jewish father is about providing your children the most promising future possible, then Otto Frank was able to fulfill this duty against all odds. 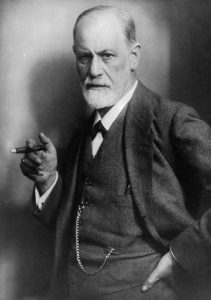 Sigmund Freud, considered the father of psychoanalysis, is one of the most complex Jewish fathers of the modern era. Freud developed countless tools and concepts still used in the field of psychology, including talk therapy, free association, dream analysis, transference and more.

However, many of his more outlandish ideas have been scrutinized for being misogynistic, and Freud’s frequent use of cocaine has been used to negate his legitimacy. In particular, his concept of psychosexual development severely complicated the family dynamic, as he put forth the concept of the Oedipal and Electra complexes. In this way, Freud shattered the innocence of fatherhood through his now generally discredited theory.

Freud’s most famous child—the youngest of eight—was his daughter Anna, who shared a special connection with her father due to her interest in his psychological work. After Freud’s death, Anna continued his work in the field of child psychoanalysis and made a prominent name for herself in the field.

Freud paved the way for a world in which both children and adults could address their mental health issues in healthy ways, and he supported his daughter to prosper in her own psychology career. Freud, both through his own work and his daughter’s continuations, taught the world how to be more introspective, communicative, and unashamed in their struggles. One of the most prominent Talmudic pillars is compassion for others, but Freud—despite the flaws and limitations of his theory—went even further than that; his work encouraged compassion for the self. 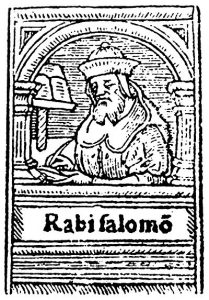 Rashi, an 11th-century biblical commentator, is still studied well into the 21st century. Rashi’s work in interpreting the Bible and Talmud continues to assist those learning the text, and Rashi’s analytic style is often said to be “intended for the masses,” allowing Jewish knowledge to be shared widely and made less exclusive.

Rashi’s most revolutionary action as a father, according to legend, was to teach his daughters the Torah and the Talmud, a practice which was explicitly outlawed at the time. Although his daughters’ knowledge of these texts is speculative, there is evidence (including letters) that indicate that his daughters could understand and transcribe scholarly Hebrew. In addition, there is also evidence that his daughters continued his legacy by teaching the Torah to other women, practicing radical feminism before the term even existed. This groundbreaking feat was even fictionalized by Maggie Anton in her 2007 trilogy, Rashi’s Daughters.

Though the truth of Rashi’s teachings to his daughters is lost to the ages, Rashi’s contributions to the accessibility of Judaism is indisputable. Rashi was one of the first Jewish fathers to make Judaism more inclusive and understandable—one of the greatest mitzvahs of all. 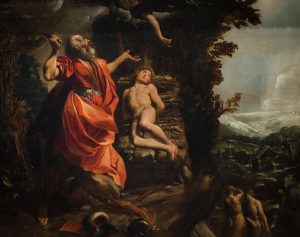 It’s apt that the final father on our list is the the father of the Jewish faith itself. Despite his often horrifying decisions with regard to his paternal behavior, Abraham is first and foremost the father of a nation and a people. He forged the relationship between God and Jews that allows our community to prosper thousands of years later. Abraham was consistently righteous, welcoming angels, compromising in a dispute with his nephew Lot, and fighting to save Sodom and Gomorrah, even going against God in the process.

However, Abraham’s more ruthless actions—pretending Sarah is his sister so the Pharoah will make her one of his wives, nearly murdering son Isaac, and sending son Ishmael into the deadly woods by God’s will—make the integrity of Abraham’s fatherhood questionable at best. In many cases, Abraham was able to practice faith to his religion, God, and his family simultaneously. In other cases, however, he had to make a choice.

This captures the most difficult aspect of modern Jewish fatherhood; the unquestionable fact that no decision is foolproof, intentions do not always equal results, and failure, at times, is possible. However, if Abraham (and the other four Jewish fathers, as well as countless others) have taught us anything, it’s that the decisions must be made. The Jewish fathers of today must endeavor to improve the lives of their children, while acknowledging that no Jewish father will ever be Hallmark-card perfect. The best Jewish fathers are not the ones that make no mistakes. As the Talmud states: “If you are aware of a derogatory matter that is found in you, say it first before others say it about you?” The best Jewish fathers are the ones that understand the faults before them, admit the failings of their own actions, and strive to do better, building a world that lets their children continue their efforts.