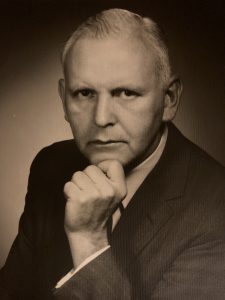 Dr. Seymour Epstein died peacefully on Wednesday, February 3, 2021, a few weeks shy of his 100th birthday, at the home he designed and built for his family in Deal, N.J. Epstein was a civilian research physicist for the Electronics Research and Development Command of the U.S. Department of Defense. A native of Bensonhurst, Brooklyn, he spoke only Yiddish until kindergarten. An excellent student with a prodigious memory, he went on to study French literature at Brooklyn College before transferring to the City College of New York where he earned his BS in mechanical engineering. He later received his MS in Engineering and Ph.D. in Physics from the Polytechnic Institute of Brooklyn, now part of New York University. After a stint at Goodyear in Akron, Ohio, Epstein served in the U.S. Navy during and immediately following World War II, with duties that took him to the Philippines and China. His career, at Camp Evans and Fort Monmouth, earned him many official commendations for theoretical innovations relating to laser emissions and the measurement of elasticity in quartz crystals. In the 1980s he was part of the Hexagon group that conceived of the artificial intelligence that led to the development of the smart bomb. His wide ranging interests included computers, radar and theoretical mathematics. He also taught mathematics as an adjunct professor at Rutgers University and Monmouth College.

Epstein’s professional fascination with piezoelectric waves in quartz led him to the love of his life, the former Ruth Goldberg, who was charmed by a sparkling crystal he carried with him to a dance in New York City. After a courtship in Manhattan, the couple married in 1955 and lived in Red Bank and Asbury Park, before settling into their house in Deal Harbor Estates. Over 57 years of marriage, Epstein helped raise four children, explored six continents by car, ship, train and plane, and was active in the shore community as a volunteer science educator for kids (including demonstrating holograms), and as an elected member of the Deal School Board of Education, where he successfully championed adding algebra to the curriculum. He had an encyclopedic knowledge of music and loved to sing romantic standards in a beautiful tenor voice with his family gathered around the piano, also performing in the Deal Theater summer production of The King and I. He also loved to dance, especially with his beautiful wife. A language perfectionist, he was never at a loss for a pun. He was an inspiring force of nature who was always eager to share his passion for science and his love of learning, which he shared with everyone around him.

Epstein never forgot his Jewish roots and was active in the Jewish community as a long-time member of Temple Beth El, the Monmouth/Jersey Shore JCC and Jewish War Veterans Post 125, as well as an advisor to and supporter of Moment, a national Jewish magazine.

A graveside service was held at Brothers of Israel Cemetery, West Long Branch, NJ. on Feb 4. Please contact the family for shiva links. A public celebration of the life of Seymour Epstein will be scheduled for later this year.