‘The truth by itself does not always bring salvation’
Home / Politics / Debate | Should Jews Support Leaders Who Lie? | Yes 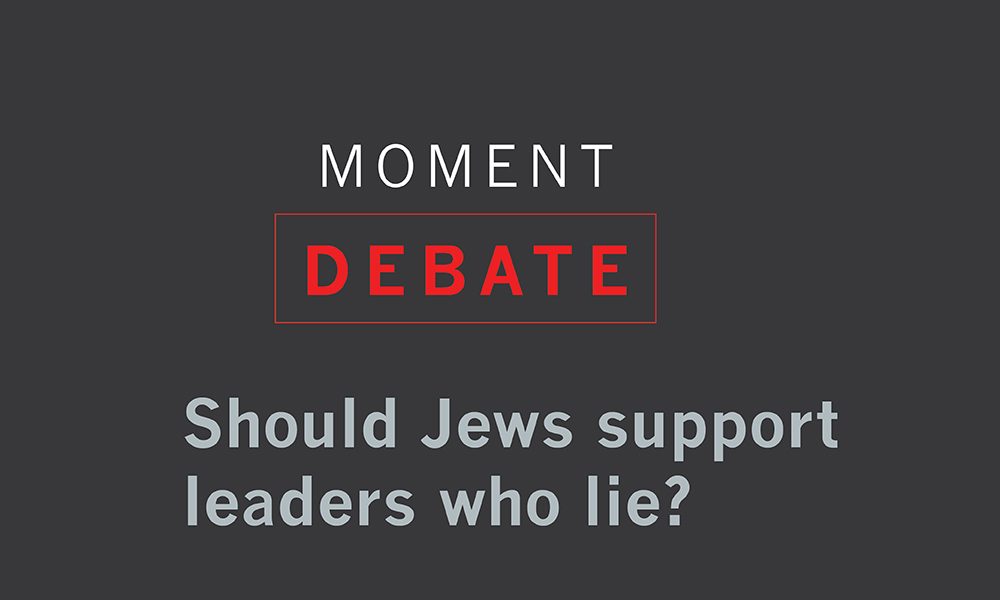 ‘The truth by itself does not always bring salvation’
by Danny Ayalon January 13, 2020 in Politics, Winter Issue 2020
0 Comments
0 Likes

Should Jews support leaders who lie?

Yitzhak Shamir once said that for the safety and security of the State of Israel, one can lie. I agree with that. I don’t support lying or cheating for one’s own benefit, or to harm anybody. That’s wrong; we know it from the Ten Commandments. But just as you may be willing to sacrifice your life for the safety of your country or the security of your people, in some cases you may need to sacrifice your personal morality by lying. We invoke the principle at Yom Kippur that wrongdoing toward your fellow man is worse than wrongdoing toward God. If by lying to your enemy you will save lives, are you allowed to do it? Probably yes. At least, it is something that has to be considered. But it’s a major philosophical question, a very deep question, a step that is not to be taken without thought.

When it comes to leadership or caring for a people, this is a huge, huge responsibility and burden, and that’s why you have to have very able and strong leaders, who at times will not act in a conventional way.

Is respect for truth a central value for democracies?

Absolutely. Truth is one of the cornerstones of any relationship, whether personal or between nations. Truth is a universal commandment. But again, you may come across dilemmas. Should you be truthful with one who wants to kill you? If you tell your killer where you are going to be or where you are most vulnerable, so he can come and kill you, it’s more complex.

The same principle applies to Judaism. Truth is a central value in Judaism, but if you look at the most admired biblical figures—Queen Esther, for instance—of course they always adhere to the truth, but the truth by itself does not always bring them salvation. Sometimes, to get to the truth that brings peace and salvation, they have to outfox their enemies.

Do moral flaws or failings make someone a better leader?

The Talmud says that flawed people can be the greatest leaders. Generally, I would agree. We can look to many great leaders in history, starting with King David, whose personal conduct was flawed. We know even Moses was flawed. Killing the Egyptian slave driver was a flaw, a failure to control himself and also a bad act in itself.

I believe the reasoning behind the teaching is that once you’ve been through difficulties in life and know you’re not perfect, you will be more attuned to the people and the people’s needs. And also, you will try to do better. It’s an issue of humility. If you know you’re flawed, or have been flawed, you will be more humble, and certainly more careful, when you are in a position of leadership.

If a leader does lie, what qualities do you look for instead? Certainly, leadership needs a great vision. Not only vision but courage, because leadership requires a lot of self-sacrifice. These are big things, important qualities, that should overcome those faults that everyone has.

Should leaders be held accountable for lying or other transgressions?

Of course, a leader who does wrong has to be held accountable, maybe to his family, maybe to a court of law. But probably not during his service as a leader. If a person is in command or in charge of his people’s welfare, that must be taken into consideration. If he is taking good care of their interests, maybe we can split hairs and say he may have done three bad things, but let him continue with his leadership because through it he is doing good for his nation or his people. The French understand this—according to the French constitution, a president cannot be tried in office. Also, the French understand about personal failings.

From the moral, theological point of view, again, you can look at history.  Moses was punished. David was punished. This is also part of the risk leaders run, that they may be called on to do things for which they will be punished.

Danny Ayalon was Israeli ambassador to the United States from 2002 to 2006. From  2009 to 2013, he served as a member of the Knesset for the Yisrael Beiteinu party and as Israel’s deputy foreign minister.