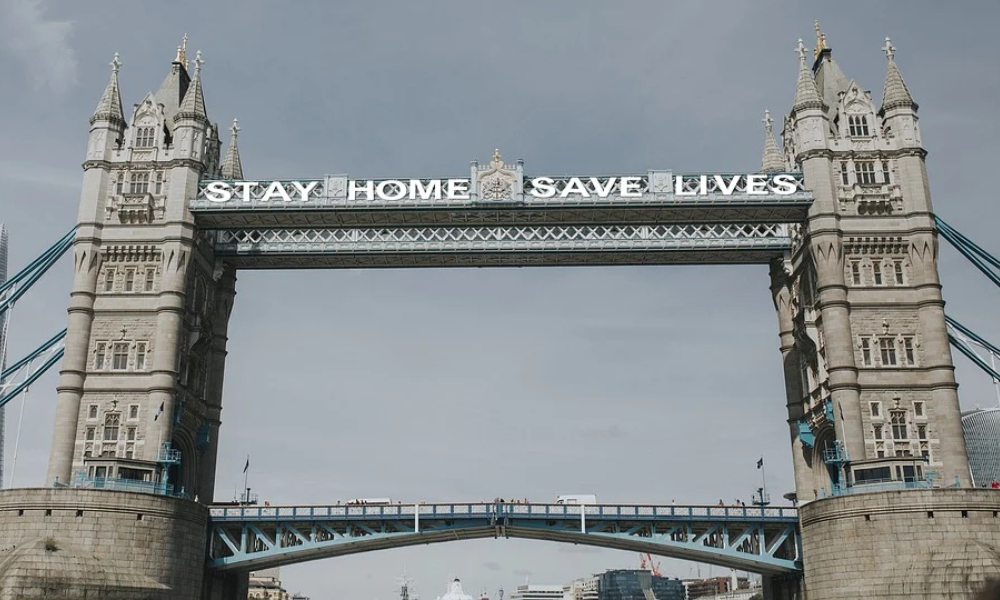 On April 1, Hetty Berg took over a shuttered museum. Her directorship of the Jewish Museum Berlin was meant to mark a turning point for the troubled institution. Its last director, Peter Schäfer, resigned in June 2019 having come into conflict with the country’s Central Council of Jews. Community leaders had come to believe the museum had begun taking too political of a stance on issues surrounding BDS and the Israeli-Palestinian conflict.

But the museum’s rebirth will have to wait. For now, Berlin’s Jewish Museum exists only online, having been closed to the public since March 14 in response to the coronavirus outbreak. Jewish museums today being the space in which the rest of Europe interacts with Jewish history and culture, the continent’s network of museums and houses of Jewish culture have scrambled to adapt to social distancing measures, uploading interactive resources and hosting virtual tours of exhibitions and galleries.

Shuttered Jewish museums are one part of the temporary normal for Jewish life in Europe. The coronavirus outbreak and social-distancing measures imposed by national governments have closed synagogues, schools and JCCs from London to Rome, Paris to Warsaw. Community life, including prayer services and cultural events, has to a large extent moved online as well—London’s Jewish community center’s new JewishOnline portal being one example—but not all boundaries can be broken by the internet.

The Jewish community in Bratislava, Slovakia, was concerned, for example, that their supplies of kosher food from Vienna and Budapest might be cut off as states re-imposed border checks, leading to long lines at crossings. The link to Israel—which for years, thanks to the Open Skies agreement between Israel and the EU and the budget airline boom that followed, has been but a short, cheap flight away—has also been severed.

It must be said, however, that in contrast to the devolved, diffuse and privatized way American Jewish life is organized, the European model of Jewish life has proved itself to be particularly effective in coordinating a specific Jewish response to the coronavirus outbreak. With their centralized administrations, clear leadership structures, dues-paying memberships, and direct lines of communication with the state, European Jewish leaders know whom they have to reach and how best to reach them.

Organizations such as the Central Council of Jews in Germany have, with a remarkable swiftness, mobilized welfare institutions and student unions to deliver groceries, including Pesach supplies to elderly and vulnerable Jews. La Benevolencija, the charitable arm of the Jewish community in Bosnia and Herzegovina, organized deliveries of more than 200 meals and 24 packages of groceries in the two weeks before Passover. Other measures include emergency hotlines, financial aid, psychological counseling and information about social-distancing measures provided in both Hebrew and Russian.

Still, two concerns remain for Europe’s Jews. The first is the potential for existing conspiracy theories surrounding the coronavirus to mutate into anti-Semitic ones. The representative organization of French Jews, the Crif, notes that supporters of the far-right National Rally are far more likely to believe that the coronavirus was created in a lab than most French people: 40 percent versus 17 percent in the country-at-large.

The other and far more immediate concern is that Jews appear to be overrepresented both among those infected with the coronavirus and among those who have died as a consequence. According to projections obtained by Jewish Telegraphic Agency, 85 percent of Jews in Antwerp—a major center of ultra-Orthodox Jewish life in Europe—will become infected. Meanwhile, as of and including April 7, there have been 152 Jewish funerals in Britain due to COVID-19.

There have been reports of people congregating in the open in Stamford Hill, the heart of London’s ultra-Orthodox community, but dunderheaded, errant minyanim (group prayers) are not enough to explain any overrepresentation. The Board of Deputies of British Jews has been gathering data on coronavirus deaths from a cross-section of denominational burial boards, and as a spokesperson for the Board told me, their data shows that “COVID-19 is sadly affecting all parts of the [Jewish] community.” Viral transmission is simply more likely among interconnected, community-oriented people.

Demographics are also a plausible factor. Though the number of Jewish births in the UK has outpaced the number of deaths since 2006, the community continues to skew older. Those over 60 are at a far higher risk of becoming sick or dying from the coronavirus. In addition, the majority of British Jews live in and around London, where the outbreak in Britain has been most pronounced. The city remains weeks away, reports suggest, from the coronavirus’s peak.

The organizing principle behind European Jewish responses to the coronavirus is clear: pikuach nefesh, the preservation of human—and communal—life. Synagogues and schools, museums and JCCs will reopen—but that future is for another day. “I would hope that we emerge from this long dark night with an enhanced sense of ‘we,’” Britain’s former chief rabbi, Jonathan Sacks, has recently written—a sense of solidarity and togetherness Europe’s Jewish communities are already demonstrating. “Out of the bad, comes good, out of the curse comes blessing,” Sacks writes. “Out of the coronavirus pandemic will come a new sense of collective responsibility, and we will all feel renewed.”