COVID-19 Causes Israelis to Play by the Rules

Home / Coronavirus / COVID-19 Causes Israelis to Play by the Rules 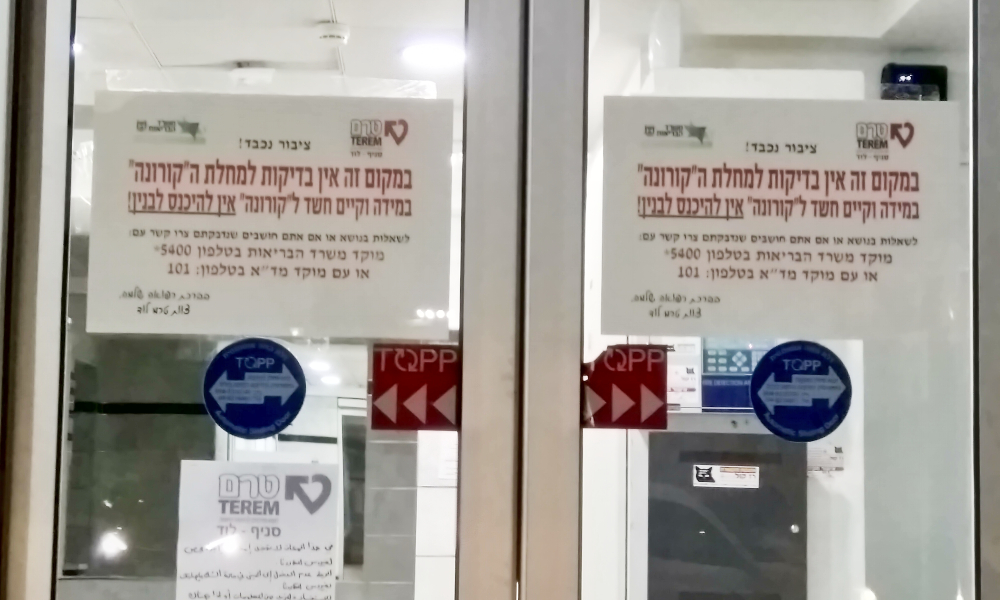 COVID-19 Causes Israelis to Play by the Rules

You might not know it from the way they stand in line (or, to be more precise, don’t stand in lines) but as the response to the coronavirus crisis shows, Israeli society is overall quite disciplined. The culture may be argumentative, rowdy and extremely noisy, but when called upon, Israelis exhibit social responsibility. And while academics and PR gurus warn about Israelis’ generally cavalier attitude toward the law—from traffic violations to political extremism—in a pinch, Israelis are a remarkably obedient bunch.

Domestically, Israel was one of the first countries to limit public gatherings (from 5,000 initially to 100 last week, to 10 on Sunday, to none as of Tuesday). Those who return from abroad are instructed to self-quarantine for 14 days. Israelis of all ages and vulnerabilities are supposed to stay in their homes and not even visit with family members; they are allowed out only to walk their dogs, go to the supermarket or pharmacy, or take a short walk, alone, in a secluded area. No more than one person is supposed to be in a car, except in an emergency, and most taxis, if they are picking up passengers at all, will take only one. Schools for all ages, including special education (which is usually kept operating), and all universities are closed. Public transportation has been reduced, limited to daytime, and soon may be shut down all together. All places of leisure and unnecessary commerce—from nature preserves to event halls to the malls, restaurants, bars and pubs, and even Israelis’ beloved coffee shops—are shuttered.

It has been reported that the government intends to enlist soldiers and even call up the reserves to enforce the “self-quarantine.” At this point, it doesn’t seem necessary: The streets are startlingly quiet and almost apocalyptically empty.

The measures taken by Israel against the coronavirus pandemic are among the most stringent in the world. So why are usually-unruly Israelis behaving?

First, despite globalism and the increasingly neoliberal policies that have largely replaced Israel’s once-socialist economy, and the growth of western-style individualism, Israel remains a highly communal society. From nursery schools through university through the army, Israelis are taught to be tightly bound to each other and social responsibility is inculcated as a primary value. It is interesting to note that Israelis refer to what they are doing as “self-quarantine” rather than as “shelter in place”—the former term seeming to place the responsibility on the individual to care for the greater good. State institutions have largely shown themselves responsive to the needs of the society and the individual. Civil service professionals have shown themselves to be remarkably forceful, overriding the politicians when they thought it necessary. Israelis were encouraged when health ministry officials over rode Netanyahu’s decision, based apparently on political considerations, to exempt U.S. citizens from the entry ban. Furthermore, the National Security Institute is paying the salaries of workers who have been sent home without pay, at least for the next few weeks. It won’t cover the losses of people who are self-employed, and it’s not clear how long it will last, but for now, at least some of the people have been taken care of.

Second, thanks to the wide military conscription, we are used to being given orders—and we know how and when to take them seriously.

Third, through wars, terrorist attacks and missile barrages, we are used to crises and emergency situations. It’s not that we make light of the traumatic experiences they bring, or don’t pay emotional prices, but as a society, we are used to having our lives disrupted, sometimes violently.

Finally, we are an immigrant society and so we trust our leaders and our institutions. From the time of Israel’s first Prime Minister, David Ben-Gurion through to today, politicians often fashion themselves as father (or in the case of Golda Meir, mother) figures who take care of us. And so it didn’t seem too strange to watch Prime Minister Benjamin Netanyahu, in a prime time press conference, show us how to wash our hands, how to sneeze and how to give an elbow bump instead of an embrace or a high-five.

There’s a down side, of course, to all of this. Because of this culture, Israelis tolerate a high level of government intervention in their individual lives. Even the decision to use cyber-surveillance to monitor infected individuals hasn’t met with much opposition. On most issues, from military censorship over the free press to the imposition of emergency legislations, in poll after poll and in their daily behavior, Israelis usually attach more importance to the collective good than they do to individual liberties.

Moreover, much of the ability to “self-quarantine” is based on privilege. Not everyone has a heated home, internet access, plenty of food and cash-flow (or credit) to tide them over. This crisis, like all crises, highlights social inequality and while there are both governmental and civil-society initiatives, we can assume that people who have been suffering—the poor, the elderly (especially Holocaust survivors), those living on the geographic and social periphery—are going to suffer more.

How long will the collectivist, communal, crises-adaptive culture keep obediently self-quarantined? It is hard to predict. But for now, at least, the streets are empty.

Top photo: Signs in an entrance to a clinic in the Israeli city of Lod warn that they do not have coronavirus tests and that those with suspected symptoms of coronavirus should not enter.