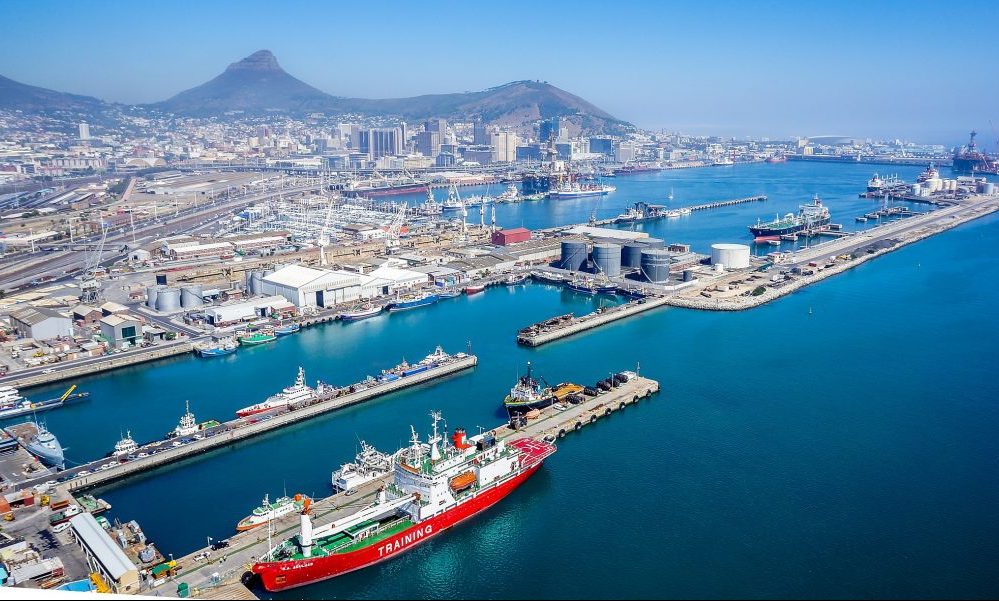 The average American showers for eight minutes each morning. Cutting that down in half would still use more water than a Capetonian is legally allowed to use in a day. While the average American enjoys about 88 gallons of water every day, in Cape Town, the daily limit per person is 13.2 gallons—that is, if it wants to avoid “Day Zero,” when the taps run dry.

In the midst of its worst drought in more than a century, Cape Town is on par to become the first major global city to run out of water. If the dreaded day comes, the taps will be turned off, and each resident will be able to collect daily rations of 6.6 gallons from one of 200 stations around the city, averaging about 18,880 people per station.

In crisis, the city ignored assistance from the other end of Africa: Israel. The Middle Eastern country—a desert in its own right—has faced similar issues in the past. With the help of TV ads, the country was able not only to eradicate the issue of low water supply, but to turn deficit into surplus.

Now, however, the dire state of the Cape Town—whose management wanted nothing to do with Israel—has reshaped its residents’ lifestyles. Restaurants are no longer serving everyone tap water. Gyms, residents and clubs are largely unable to sustain their pools. Hotels, which are staying open after having millions of international and domestic guests cancel their bookings, have had to make huge compromises, such as removing bath plugs, issuing hand sanitizer to guests, putting suppressors on showers and either draining pools completely or filling them with saltwater.

Cape Town native Denver Burgess has felt the impact. “It’s been basically like camping in a remote area, but not,” he says. “The way I shower and many others do is firstly quickly rinse the body, then turn down the tap. Secondly, use soap, lather and scrub, etc., then turn the tap back on to rinse.”

Residents’ showers are limited to 90 seconds to two minutes—and you’d be in a stark minority not to use a basin or bucket to collect the grey water, which the government encourages residents to use to flush the toilet, water plants and wash windows. Other local government- and workplace-backed initiatives include flushing only when necessary—“if it’s yellow, let it mellow. If it’s brown, flush it down”—and using a cup instead of running the tap for shaving, drinking and brushing teeth.

For Burgess, the reasons to follow these proposals transcend his household. “[I’m] anxious, concerned and scared, not simply just for myself but how negatively it’s going to impact people who are not as privileged as I am and what the repercussions of that may be,” he says. “South African crime is influenced by a lack of resources and opportunity; I can only imagine what may come about because of a lack of such a vital resource.”

To exacerbate matters yet, the price of water in Cape Town will double in the next two years, due to budget changes and tariff increases, set to initiate July 1. A rapidly changing climate, a growing population and an increase in affluence are among the factors blamed for the crisis. The South African government, however, is far from exonerated. Concerned residents have gathered in the city center on a number of occasions to protest the city’s alleged mismanagement of the situation and the logistical threat Day Zero poses, especially for the poor.

Many worry that frequent forest fires would be able to rip through the city easily, spreading disease to helpless townships throughout. Helen Zille, Western Cape Premier and former mayor of Cape Town, asked then-President Jacob Zuma to declare a state of emergency to help with the managerial efforts of the crisis. She noted the dwindling number of jobs in the agricultural and soon the tourism sector, and cited the potential logistical and public health nightmare of the queues. Finally, after years of the drought’s havoc, the South African government declared it a state of disaster on Feb. 13.

Due to the mitigation of water usage in the agricultural field and a city-wide effort to lessen overall usage, Day Zero was recently pushed back from July to an unnamed date in 2019, but if residents do not comply with the established civic policies, which have proven difficult for some, the historically rainy season won’t arrive in time.

The operative word being historically.

For the past three years, there has been an expanding area of high pressure in the South Atlantic, driving the familiar rain-heavy winter cold fronts southward, missing the coast. According to CNN’s Derek Van Dam, Cape Town is undergoing long-term desertification. By the end of this century, there could be a 2- to 6-degree Celsius warming trend.

The city’s dam levels, at an all-time low, have taken a huge hit, too. According to Cape Town’s official site, the city’s overall dam levels were 21.5 percent last week and 20.9 percent this week—Day Zero will come if they stoop to 13.5 percent. Theewaterskloof Dam has provided more than half of the city’s water supply for a few decades, but it’s at a dangerously low level of 10.4 percent.

In February 2016, well into the drought, renowned University of Pretoria professor Lorenzo Fioramonti withdrew from a water conference hosted by local newspaper Mail & Guardian—to which he was invited as a keynote speaker—only because the then-Israeli ambassador to South Africa was to attend. The conference, which was centered on “equitable and sustainable water management for poverty alleviation,” was canceled soon thereafter due to further criticism of Arthur Lenk’s inclusion. “There is enough evidence to show how Israel’s policies have taken water away from Palestinian communities,” Fioramonti said at the time. “Hiding this through a pseudo-technical debate about water technology would be unacceptable.” South Africa’s Boycott, Divestment and Sanctions (BDS) movement praised the decision, as well as the undertaking by some sponsors and organizers to exclude Lenk from future events.

South Africa could learn a lot from Israel’s aquatic practices, though. The Middle Eastern country, in one of the driest regions on Earth, leads the world in recycling its wastewater, at 90 percent, more than four times as much second-place Spain. Among advanced irrigation methods, sewage treatment and fixing leaky pipes, Israel has it covered.

The trick, though, is desalination—a process that turns saltwater drinkable and irrigation-ready. The water is first filtered to remove particles such as algae and sand and is then subjected to a high-pressure membrane that removes salt and other minerals, in a process called reverse osmosis. For every two liters of the resulting water, one takes all the salt while the other becomes demineralized. Minerals are added to the latter, which is then distributed to the taps, turning seawater into drinking water in 45 minutes.

Israel has five desalination plants in the country, which account for 60 percent of its water, a figure that is constantly rising. The innovative process has been so successful, the arid desert country has enough water to share, which it does with adjacent nations and wants to do with South Africa.

South Africa’s ruling party, however, wants nothing to do with Israel. The African National Congress (ANC)—run by Zuma until February, a sympathizer of the Palestinian cause—has strong ties with Gaza-based Hamas, a group considered a terrorist organization by the United States, the EU, Israel and many more. Its charter cites justification for killing Jews—not just in Israel. In December, after South Africa’s endorsement, Hamas partook in the ANC’s 54th National Conference in Johannesburg, during which the hosts decided to pass a resolution that immediately downgraded the embassy in Ramat Gan.

It is too late for Israeli intervention, according to Jack Gilron, head of the Department of Desalination and Water Treatment at Ben-Gurion University of the Negev. “In order for large-scale desalination plants to have been available in 2018 to drought-proof Cape Town,” he says, “they would have had to have a tender already awarded at beginning of 2016.” He claims that Israeli consulting companies that helped frame the tenders for Israeli plants could have salvaged the crisis if they’d been approached in time. Even if they were to reach out now,“that means that Cape Town is starting at least three years too late.”

Zuma, known for his vast record of corruption and state capture, is not a popular figure in South Africa, and his snubbing of Israel’s assistance tarnished his reputation there too. Noam Weisbrod, director of the Zuckerberg Institute for Water Research at Ben-Gurion University of the Negev, was unimpressed with South Africa’s handling of Israeli offers of support. “I definitely do not justify this approach,” he says. “Nevertheless, history tells us that in many cases, governments put politics ahead of the general well-being of some of its citizens. Unfortunately, I guess that this was the case for South Africa and the water crisis as well.”

For Elisa Galgut, a senior philosophy lecturer at the University of Cape Town, the whole situation could have been averted. “I clearly don’t think that the government has handled the water crisis well at all,” she says. “There is evidence to suggest that the government—both local and national—were warned about a looming crisis over a decade ago and did not plan accordingly.”

This colossal disregard for domestic livelihood is merely one example of governmental culpability in this calamity. While the provincial government of the Western Cape—the only province run by the Democratic Alliance—is by no means irreproachable, a majority of the blame has to go to the national government. Gross mismanagement of funds, over-allocation of water to agriculture and a lack of response to frequent funding requests stopped the Department of Water and Sanitation from preventing the lack of water.

According to a report by the South African Water Caucus, soaring debt and corruption ran rampant in the department, which is possibly why it failed to accept Western Cape’s R35 million ($3 million) request to increase water supplies and infrastructure in 2015. Even after the dams started noticeably depleting, the Department of Water and Sanitation took no steps to curb agricultural water usage. “There has been serious dereliction of duty, in my opinion, all round,” Galgut says. “Even the local government implemented water restrictions too late, without a proper plan, and essentially blamed citizens.”

According to Gilron, the city now has to look to a combination of options: conservation, direct potable reuse, elimination of leaks and waste in the water distribution system and longer-term large-scale seawater desalination. Cooperative Governance Minister Des Van Rooyen said more than R70 million ($6 million) has been put aside to deal with the drought. That’s R70 million wasted.

The deteriorating relations between the two nations are irrelevant to South African-born Lord Peter Hain. “The best desalination construction companies are Israeli and regardless of their Government policies they should be used in my view,” he tweeted in January. “This is Cape Town withering or remaining the most beautiful city in world.”