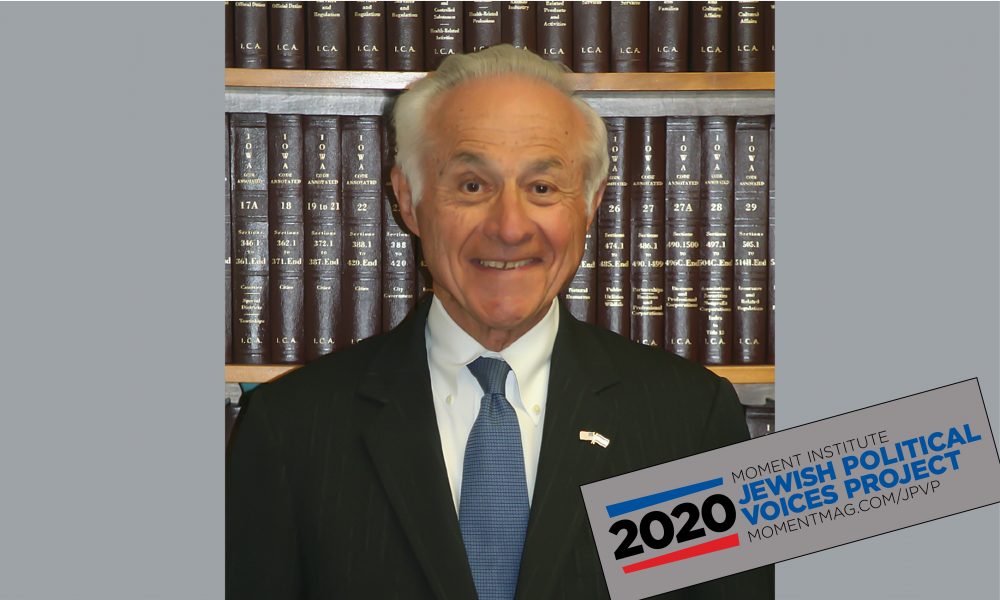 Bud Hockenberg (92), a Republican from Des Moines IA, is the former president of the Des Moines Jewish Federation and a founding member of what is now the Republican Jewish Coalition, as well as of Iowans Supporting Israel, a bipartisan group. He is a fourth-generation Des Moines resident and former president of the Conservative synagogue Tifereth Israel. He is still a “very active” attorney and recently attended his 52nd consecutive AIPAC conference.

Yes. He has fulfilled campaign promises. A blessing for America.

Do you Donald Trump has a chance of winning the election in November?

Yes, he will be re-elected.

Contact Obama, the real candidate. Joe Biden has no chance of winning in a fair election.

Emphasize the 9th Amendment to the U.S. Constitution (all rights not delegated to the federal government are reserved for the states and individual citizens).

As a defeated candidate, he should manage Obama’s Chicago library.

I have a preference for in-person voting. There is a danger of invalid absentee ballots.

The normal 55% eligible votes will be exceeded by the silent Trump majority vote.

No. The June 2020 Iowa primary vote was high because of Republican opposition to the ANTIFA revolution.

Systemic racism is fiction. The compelling evidence is the election and re-election of a black president (Obama 2008 and 2012).  Systemic anti-Semitism is the heart of ANTIFA.