Back to the Future: 21st-Century Zionism via the Negev 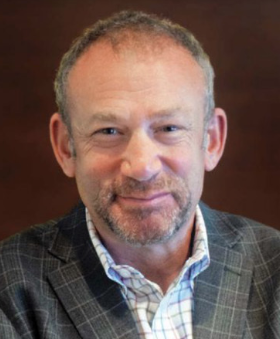 Moment conducted an interview with Doug Seserman, who became the chief executive officer of American Associates, Ben-Gurion University of the Negev last year. He has a new vision of what the American organization means to Israel and to American Jewry.

Ben-Gurion University of the Negev (BGU) is located in Beer-Sheva and is one of Israel’s leading research universities. It has a diverse student body of 20,000 students on three campuses, with six national and multi-disciplinary research institutes. The university was established in 1969 and named after David Ben-Gurion, Israel’s first prime minister, after his death in 1973. Ben-Gurion believed that education and science were crucial for the Jewish state to survive and to be a light among nations. Because of the Negev’s vast landmass and undisputed territory, Ben-Gurion viewed the area as the future of Israel. He lived on a kibbutz in Sde Boqer, about 30 miles south of Beer-Sheva, to demonstrate his commitment. “It is in the Negev that the creativity and pioneer vigor of Israel shall be tested,” he famously said.

I think of Ben-Gurion as the Yoda of the Jews, small in size but wise and powerful. He really had the ideas way ahead of their time, and his voice is missing from the current dialogue. I’m on a mission to pursue his vision because I think that’s what is needed today.

Why should American Jews care about the Negev?

Ben-Gurion understood from the very beginning that the man-made human act of creation as it relates to Israel would best be manifested in the Negev. There was nothing there so there is nothing to argue about. Even today, the Negev comprises 60 percent of the country’s land, yet has less than ten percent of its population.

Whatever the solution is for the future of Israel, the Negev is key to it. Ben-Gurion knew the Negev needed a first-class university that could serve as the scientific research vehicle and the economic engine that could drive growth. I think Ben-Gurion University represents the best of Israel in the least contested place. 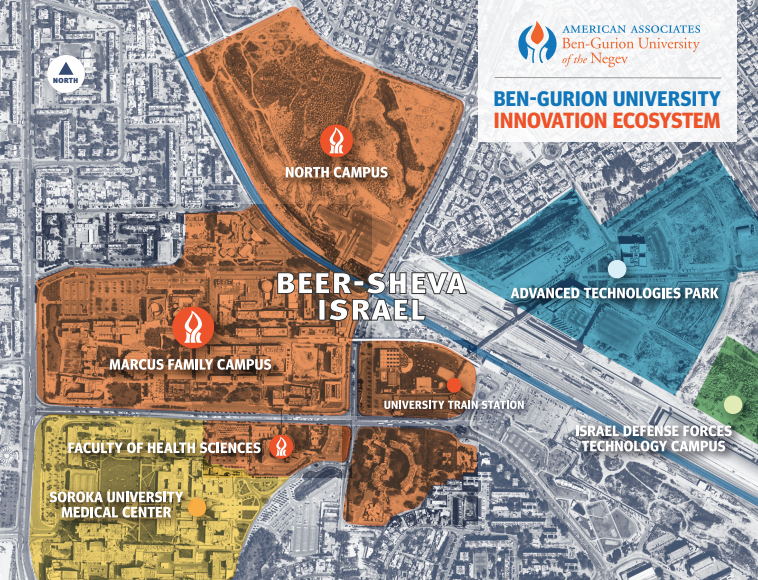 How is BGU helping to fulfill Ben-Gurion’s vision?

We’re the Negev’s largest employer. We have 6,500 people working at the university. Our science contributions make the desert bloom. We solved Israel’s water problems, and we export intellectual water know-how to the United States and worldwide. Thanks to BGU’s work, Israel is the only country in the world with a desert that’s shrinking.

What is your vision for BGU?

My vision is for BGU to be a beacon of light unto the Jewish people, something that we can all rally around in a really positive way.

That rallying has two pieces to it. There is the physical part, which is the university itself and its amazing work educating Israel’s youth, doing world-leading research in science, medicine, agriculture, energy, cyber, robotics and AI. The second component is conceptual. We need to reclaim Ben-Gurion’s vision for the 21st century.

In what ways can BGU strengthen Israel’s relationship with Jews in the United States and the diaspora?

I think Ben-Gurion’s vision can be a clarion call, especially for young people. There’s way too much focus today on what’s wrong in Israel. People on the left telling the right they’re wrong, people on the right telling the left they’re wrong. Neither side appreciates the other’s narrative. We seem to have lost our ability to have civil discourse. We’re never going to solve anything by arguing.

The old thinking is that Israel needs to exist because Jews need an insurance policy against the Holocaust. While there is truth in that, and the Pittsburgh massacre is an obvious result of growing anti-Semitism, we need new thinking. The new thinking is simply that the world is a better place with Israel in it. If we focus on the positive contributions that Israel makes, those positive contributions will transcend over time the negative realities of the seemingly unanswerable conflict with the Palestinians.

What is happening in the Negev today?
You see a very diverse society with Jews from all over the world and the Bedouin Arabs who live and work there and attend BGU. Beer-Sheva itself has become the cyber capital of Israel and to some degree the cyber capital of the world. That’s because of the research BGU does, its relationship with the Israel Defense Forces and commercial partnerships like the one BGU has with the German telecommunications giant, Deutsche Telekom. It’s becoming more and more popular for multinational companies to acquire Israeli companies for R&D.

BGU is part of a larger innovation ecosystem that includes Soroka University Medical Center, the Advanced Technologies Park, and adjacent to it, the IDF campus which is the current and future home of the communications and elite units, including the prestigious 8200 unit. Soon, there will be 5,000 soldiers interacting with BGU students. I call this the most important real estate project for the future of Israel.

What do you tell young people?

We can still make Israel what we want it to be. The highest standards possible should be applied to the Jewish state. Israel is also still a young country, a work in progress. I say get involved, get your hands dirty, get involved in the desert, the Negev. Connect with your past and see your future.