In mid-March, Joshua Furman, the founder and curator of the Houston Jewish History Archive at Rice University, was working from home but kept thinking about how this period would be remembered. “As historians, we document change over time and it became clear we are living in a time of dramatic change we needed to document,” says Furman, who at the time was mostly archiving Jewish life in Houston and South Texas in the World War II era. “Almost overnight I shifted my priorities from the 1930s and 1940s to what was going to happen this week.” He and two student interns began gathering and cataloging local synagogue newsletters, screenshots of Zoom Shabbat services, and even ads from a Jewish deli. Anything that shows “the new normal” for Houston’s Jews, says Furman. Many of the 700 files he has collected so far—including recordings of sermons and photos of synagogues’ face masks—were sent to him by members of the Houston Jewish community after he put out a call out for submissions. 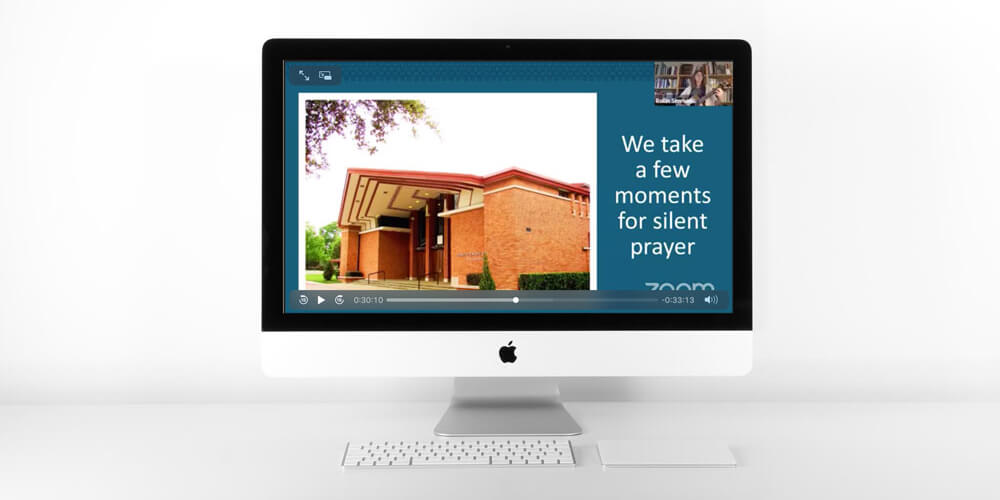 “We Take a Few Moments for Silent Prayer” during Friday night Kabbalat Shabbat services via Zoom and Facebook Live for Congregation Emanu El in Houston. Courtesy of the Houston Jewish Archive.

Crowdsourcing has become a vital tool for many of the Jewish universities, institutions and archives attempting to record and preserve the community’s response to COVID-19. By collecting materials, objects and stories in real-time, these groups have been able to amass a wide range of documentation for future scholars. Their efforts have also raised questions of who sends in information, what material gets saved and ultimately whose stories will be remembered.

YIVO, an organization dedicated to the preservation of Jewish culture, has been collecting first-person stories relating to coronavirus since April. “We knew we needed to appeal directly to the Jewish community to tell us how the pandemic is affecting their lives,” says Stefanie Halpern, director of the YIVO Archive in New York. So “we did it in a way true to our roots—via a questionnaire.” Originally founded in 1925, YIVO would send amateur zamlers (Yiddish for “collectors”) to villages, towns and cities, to ask questions and record the answers on subjects including holiday observance, folklore and language usage for ethnographic study. Today the questionnaire is a Google form and its distribution channel are listservs and social media. Each form asks questions about how the pandemic has affected an individual’s Jewish communal, religious or ritual practices. The responses—130 so far—have come from all walks of Jewish life, including a Hasidic Jew in New York describing what it’s like to not to pray in a minyan three times a day for the first time in his life and a self-described Ashkenazi Jewish anarchist, heretic and Yiddishist in Glasgow who is starting to livestream a weekly Havdalah service. “We have a lot of responses from people turning to Jewishness in ways they had never done so before,” says Halpern. “One respondent said she was now living her life according to Jewish time as a way to give it structure.”

In addition to first-person narratives, the detritus of daily life tells its own story. The National Library of Israel had been collecting physical material from European Jewish communities for the past six years but discovered archiving COVID-19 would require a different direction. “We realized a lot of material was being produced in formats that were more ephemeral—jokes, memes, online lecture series, responses from schools and synagogues,” says Yoel Finkelman, curator of the library’s Judaica Collection. To capture this, the library decided to venture somewhere it hadn’t before: online. “Digital material is really complicated from a librarian collections perspective,” says Finkelman. “Despite what they tell all middle school children, everything you put online will not be there forever.”

There are also questions once digital material is collected of how it can be catalogued. “It opens a whole technical area. How do you keep it? How do you preserve long term digital information? How do you organize it? And also copyright issues,” says Caron Sethill, who is in charge of a program that links the library to European Jewish communities and institutions. The library hopes to eventually create a searchable database with all the submissions. Among the collection is a letter giving the person bearing it permission to leave their neighborhood despite lockdown in Italy in order to shop for Passover, as well as a synagogue waiver for congregants to sign to remove any liability if they attend services and get COVID-19. 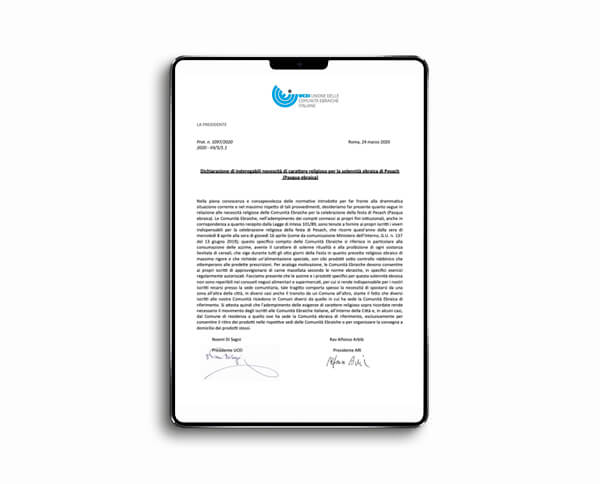 Finkelman has been struck by the creativity in all the material he received. “It is a snapshot into the incredible dynamism of people dedicated to do their ‘Jewish’ best in changing circumstances,” he says. In particular, he notes the hundreds of rabbinic responses—Jewish legal rulings—on issues that have emerged because of the pandemic. Topics include whether it is permissible to say Kaddish over Zoom, how to balance the biblical commandment to respect your parents when they refuse to adhere to COVID-19 guidelines and how to navigate the obligation to immerse in the mikvah, or ritual bath. “These are real-time halachic responses to a halachic reality where they have no time to react,” says Finkelman.

Yeshiva University has also been collecting halachic responsas as part of their COVID-19 archives along with synagogue emails, selected news articles and other paraphernalia connected to the North American Jewish response to the pandemic. David Selis, a masters student at Yeshiva University’s Bernard Revel Graduate School of Jewish studies, has been procuring materials—in tandem with the official Yeshiva University archivists—mostly through social media and word of mouth. Much of what he has received is through his own personal network, and while he has been flooded with submissions, he is also cognizant of what he is not getting. “Hasidic material is both the hardest to get and the most interesting,” he says. By studying announcements in Hasidic communities such as Borough Park, Kiryas Joel and Lakewood, Selis says, researchers can see how information about the virus spread in areas where internet and internet news is not as widely available. 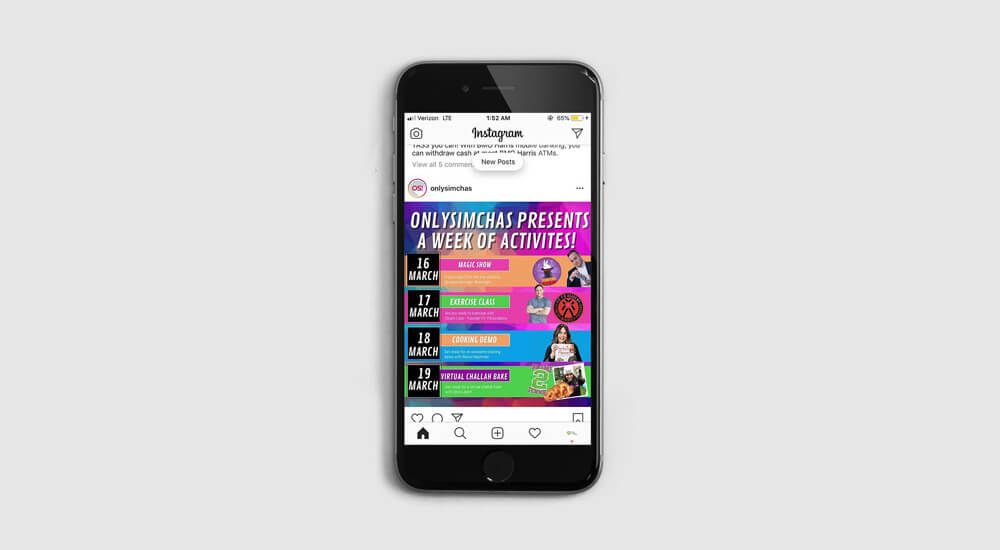 Selis also sees that many of the liveliest theological discussions are happening on social media sites, which are difficult to archive. “Facebook is a legal nightmare,” he says. If Selis wants to save a comment thread, he contacts the original posters as well as all the subsequent commentators for permission. Selis says he is doing that for a few influential religious thinkers but acknowledges he only has so much bandwidth. He fears this will lead to a “top-heavy” archive where what is being recorded is from influential scholars and institutions. “By deciding whose materials are worth the time to go through the legal requirements, we are deciding who is and who isn’t going to be of interest” to future scholars, says Selis. 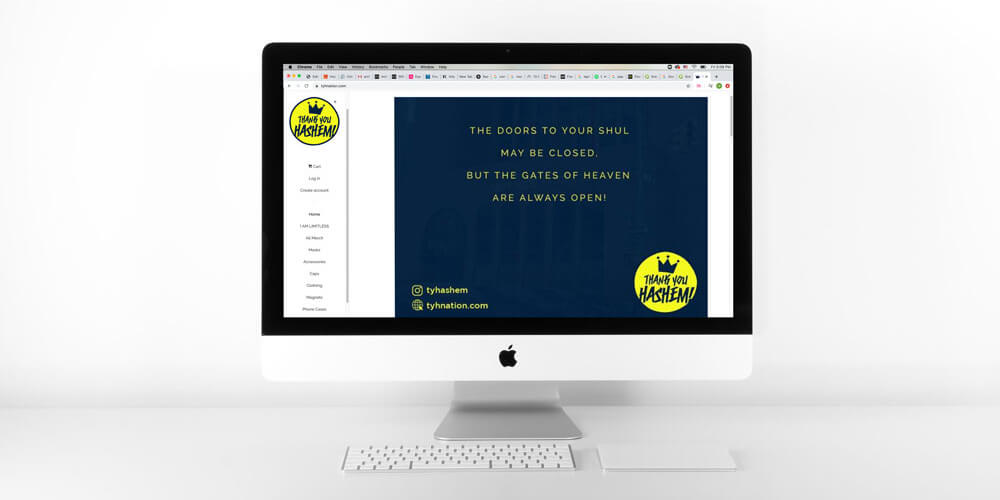 A message from the website Thank You Hashem. Courtesy of David Selis.

For now, institutions are just trying to amass as much material as possible. “We don’t try to distinguish what’s important,” says Finkelman. “Some scholars in the future might be studying learned rabbinic responsa, some might be researching the development of internet humor and be interested in memes.” Furman agrees: “At the moment we’re more concerned with collecting than processing. The analyzing will come later.”

But it’s hard to know when later will be. As the pandemic continues, archivists are realizing this project may be longer-term than originally conceived. “We don’t know whether we will be collecting Yom Kippur or Rosh Hashanah COVID ephemera” in the fall, says Sethill. They have also veered into other subjects; the not yet open Capital Jewish Museum in Washington, DC was gathering pandemic related material but has also begun collecting protest signs, photographs and artifacts. “We realized we need to document this historical moment as well,” says Rebekah Sobel, Director of Interpretation at the museum, whose donations include signs saying “Racism is also a pandemic” and a tallit worn at a protest. Without an end date, the question becomes how long do you keep collecting. For Selis, “The answer probably is as long as you possibly can.”

From the Newsletter, In the News

Yeshivas in the News

Yeshivas are in the news, raising questions about what we should teach our children and why.

END_OF_DOCUMENT_TOKEN_TO_BE_REPLACED

Jonathan D. Sarna, Professor of American Jewish History at Brandeis University and Chief Historian of the National Museum of American Jewish History and Lauren B. Strauss, Scholar in Residence in the Jewish Studies Program at American University and Senior Historical Consultant for the forthcoming Capital Jewish Museum, in conversation with Moment’s opinion and book editor Amy E. Schwartz.

END_OF_DOCUMENT_TOKEN_TO_BE_REPLACED

One thought on “Archiving COVID-19 As it Happens”