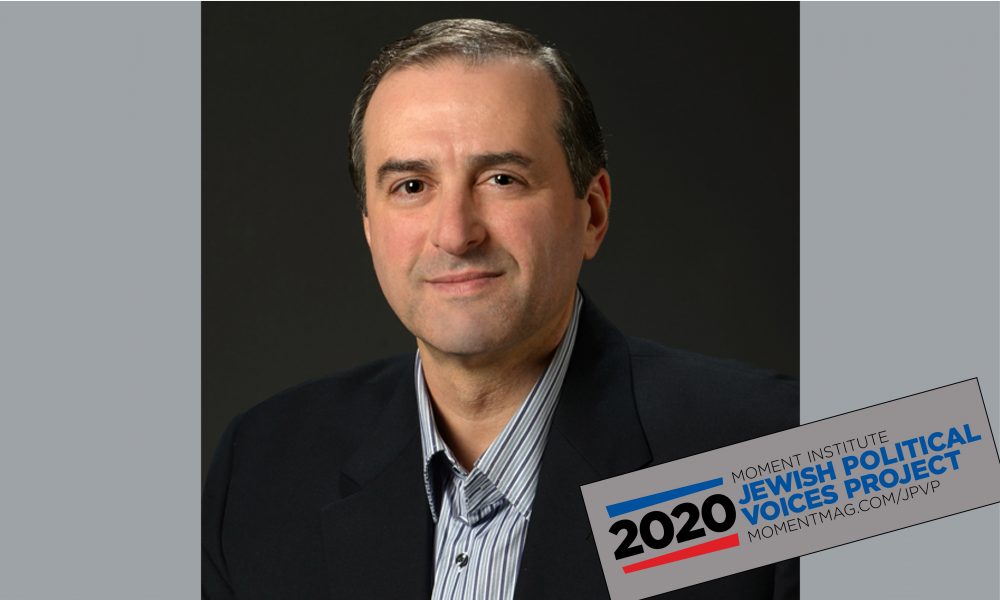 Andrew Smith (57), a Republican from Columbus, OH, grew up in Maine where he was raised Conservative, “because that’s pretty much all we had up there.” He is a long-time Republican who can’t stand Trump, and he voted for Hillary Clinton in 2016. When he married Lavea Brachman, a Democrat, who is also being interviewed for this project, he went to work in his in-laws’ paint and resin business in Columbus. He is now CEO.

Not at all what I expected. I didn’t realize how undisciplined and unprincipled he would be, expecting him to grow in office and learn the craft of politics. That said, many outcomes were better than I expected until COVID, and much worse since.

I think his promises have been fulfilled at about the same rate as those by most other people running or elected to public office. Much of his policy agenda that I supported remains unfulfilled.

He’s a bit less vigorous than I had hoped, and a bit more solicitous of his party’s left-wing than I would like.

Trump still does have a chance to be re-elected, but sitting here three months from the election, “miracle” isn’t too strong a description for what it will take. Acting more statesmanlike, the coronavirus disappearing abruptly, the economy recovering sharply, and Biden unmistakably exhibiting senility, together might be enough.

Biden just needs to smile, keep quiet, and not die if he wants to win. He is the frontrunner by a mile.

Trump is temperamentally unable to act as a unifier, in part because he is so hostile toward those who disagree with him. This invites constant attacks on him that reinforce this divisive cycle. His opponents are not blameless.

Ideally, not much. The best presidents have generally gotten out of the way of the American people and let them go about their business undisturbed by their government. Unless there remains a palpable crisis, I hope he resists the urge to do anything big.

Other than ballot harvesting in California, where it won’t make a difference at the top, no meaningful worries here.

No, it should not be required. However, there is no need not to have reasonable rules about voting such as cutoffs for registration, fixed duration of absentee voting, valid identification, etc. This includes special rules to reduce the risk of fraud from large numbers of mail-in ballots

Yes to both. Trump has been a poor leader during the pandemic, and that will hurt him. People want a strong-seeming leader in a crisis, not necessarily an effective one. Andrew Cuomo is a great example: probably the worst actual state-level COVID performance in the country, but among the most admired for his handling of it (go figure). On the BLM protests, because they have devolved into violence and disorder, this will hurt Biden, who has not effectively distanced himself from the rioters and those who have enabled them.

This is complicated by the ability to cast votes by mail. If you have an anything-goes absentee process as we have in Ohio, it’s easy to avoid voting in person. I think people will be less inclined to vote in person because of the virus, and mail-in voting requires planning ahead, which may suppress actual voting among some groups.

Yes. Having fewer locations makes it harder to vote, so fewer people will do so.

I’ll probably vote absentee because it is easy.

I am very disappointed that the incidence of active virus cases, their serious health consequences, and the negative economic impact of state-level control measures all have remained so significant. The public health infrastructure was unprepared and slow to react; and public leadership in some cases actually made things worse. Our country also must contend with a significant portion of the public that resists restrictions on their liberties and does not follow reasonable control measures. Ohio has done relatively well, but the recent trend has been worrisome. The only hopefulness comes from the news about vaccine trials.

Local schools ought to do everything they can to get kids back in the classrooms to the extent possible. It will be bad for most children not to be in school, and also bad for most families. I think remote learning will be harder to manage for people who have fewer resources, so not opening schools is an economically regressive policy. I think the physical health risks to adults can be managed, but the mental health damage to the kids cannot be.