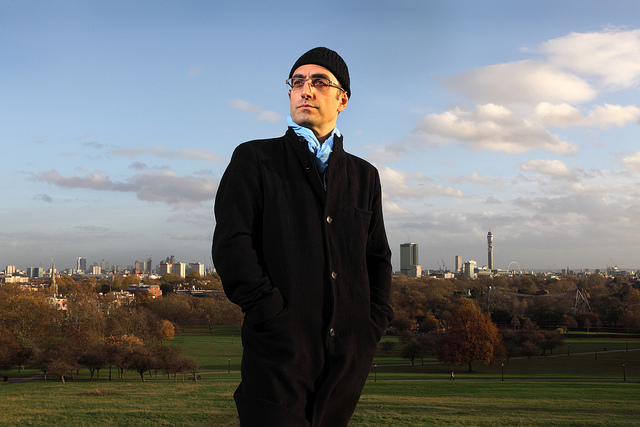 Iranian journalist and filmmaker Maziar Bahari was always fascinated by Jewish history and culture. His torturers made him pay for it.

That Maziar Bahari was the first Muslim to make a film about the Holocaust came back to haunt him while he was held in Iran’s infamous Evin Prison. The Iranian-born, London-based journalist and filmmaker was imprisoned for 118 days while on assignment for Newsweek to cover the June 2009 elections and the subsequent protests that rocked the Islamic regime. During his months in prison, Bahari was kept in solitary confinement, blindfolded and beaten, most often by one official whom he called “Rosewater.”

Bahari is one of the lucky ones. While many Iranian journalists waste away in prison, his wife, Paola Gourley—pregnant at the time with the couple’s first child—led a campaign to free him, with the support of Newsweek and other media outlets including The Daily Show with Jon Stewart. (Before his arrest, Bahari had been interviewed by the comedy show’s Jason Jones, who Iranian officials later claimed was a spy since he was dressed like one as part of the skit.) The international pressure on the Iranian government to release Bahari ultimately gained the public support of Secretary of State Hillary Clinton and Canadian Prime Minister Stephen Harper, and he was freed on October 17, 2009, days before the birth of his daughter. He was later convicted in absentia of spying for the West and plotting to overthrow the Iranian government.

Bahari’s recently published memoir, Then They Came For Me: A Family’s Story of Love, Captivity and Survival, chronicles his arrest and detention, interweaving his family’s and country’s narratives with his own ordeal. Moment editor Nadine Epstein speaks with Bahari about the future of Iran’s Khamenei regime, Iranian attitudes toward Jews and Israel and his favorite musician—Leonard Cohen.