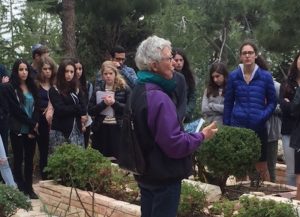 Singer was executive editor from 1987 to 2004 and was instrumental in shaping the magazine’s editorial voice during this period along with editor and publisher Hershel Shanks. Traveling Israel and the world extensively, she wrote stories, book reviews and incisive columns on topics ranging from Judaism to Jewish life to Israel, and generously nurtured new generations of writers. Singer was also passionate about biblical archeology and worked alongside Shanks at the Biblical Archeology Review, where she held a variety of editorial positions from Jerusalem correspondent to executive editor from 1977 to 1988.

“Sue came to Moment in 1987 when Hershel Shanks bought the magazine and incorporated it into the Biblical Archeology Society,” says Moment editor-in-chief and CEO Nadine Epstein. “That was the same year that her son Alex was killed in battle in Lebanon while serving in the IDF on his 25th birthday. Beginning with her moving columns about Alex, her beautifully written pieces chronicle her life and that of the Jewish people and their relationship to Israel. She was an intellectual with a unique voice—observant of details, sensible yet idealistic, calm and never angry.”

Singer also founded the Alex Singer Project with the goal to help and inspire young Jews to create meaningful Jewish lives. She helped gather his art, letters, journals and other writings into a 1996 book “Alex: Building a Life – the Story of an American Who Fell Defending Israel,”which was later translated into Hebrew.

Singer and her husband Max Singer, co-founder of the Hudson Institute, followed their sons to Israel and made aliyah to Israel in 1998. Their home became a center of Jerusalem’s Anglo-Jewish community, earning her the nickname “the Grand Dame of Baka” for her well known salons and Shabbat dinners. In 2004, Singer became a contributing editor to Moment, where she continued to write columns about Israel for many years. She was working on her memoir, “From Dvinsk to Jerusalem,” during the last year of her life.

Her husband Max died in 2020. Singer leaves behind 3 sons and their wives—Saul, Daniel and Benjamin, 11 grandchildren and two great-grandchildren.

A selection of Suzanne Singer’s writing