If you've never seen Marin Scorsese' epic “Casino” movie starring none other than Robert De Niro playing a now iconic Jewish mobster, here is a more in-depth analysis of this character, along with some insightful ideas on some additional Jewish mobsters who are part of the same Hollywood masterpiece.

Before getting into the story of Casino's main protagonist who also happens to be Jewish, we thought it might be of interest to first discuss the official stance that Judaism has adopted in relation to gambling?

Now that we have laid down the right context for discussing a Jewish character in a movie called “Casino”, let's begin the descent into the thrilling story presenting the ways mobsters used to control Las Vegas in the sixties and seventies.

Sam “Ace” Rothstein Was Based On A Real Jewish Gambling Pro 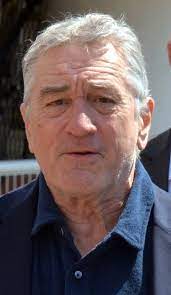 “Casino” is one of the most memorable movies created by Martin Scorsese and it is a crime drama with Robert De Niro at the center. The movie was released in 1995 and introduced viewers to a rather peculiar image they weren't very used to seeing: Jews taking part in an American gangster movie.

Scorsese beautifully displayed the way Vegas was under the strict control of mobsters in the 1960s and the 70s, while also presenting one of the best crime movies revolving around a Jewish protagonist: Sam “Ace” Rothstein played by De Niro. In real life, the actor is known for being an outspoken supporter of Eretz Yisrael, oftentimes lending his name and making an appearance at pro-Israel fundraisers around the globe.

Ace is crayoned as a Jewish associate of a bookmaker and sports handicapper company asked to go to Las Vegas and manage one of the most successful casinos in Sin City, the Tangiers. Ace's character was inspired by Frank Rosenthal, a genuine Jewish gambling pro with origins in Chicago who was also connected to the Chicago Outfit, the name of the sportsbook in the movie. Real-life Rosenthal followed the exact path and went to Vegas to run various casinos for the sportsbook.

He was also the first person to introduce the idea of sportsbooks inside casinos and he managed to survive an attempt of assassination. Ace is depicted as a gangster who is associated with the mafia, while not truly being part of it, given his Jewish heritage. While never directly addressing his ethnicity and leading an apparently secular lifestyle, there are a few pejorative lines addressed by Joe Pesci's character to Ace as the action further unfolds.

The movie also has a supporting cast with numerous Jewish comedians, such as Alan King, Don Rickles, Alan King or Kevin Pollak.

Ace became the symbol of Jews finding success in the middle of the twentieth century in a crime-led world while still remaining outsiders.