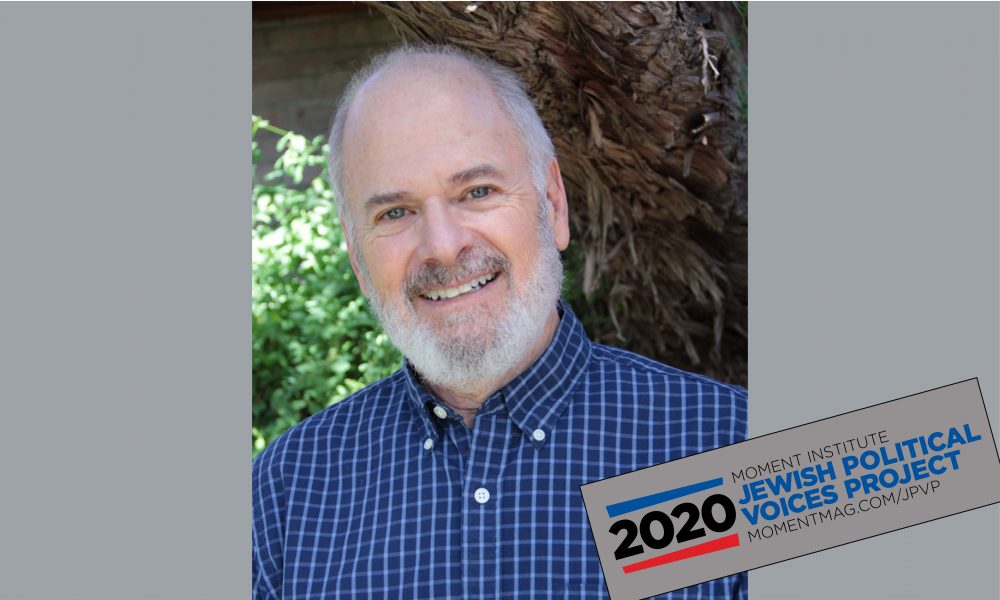 Robert Schwebel (71), a Democrat from Tucson, AZ, is a clinical psychologist specializing in drug abuse. He had his bar mitzvah in Hungary, where his parents were on teaching sabbaticals. He created a drug counseling program focusing on the reasons behind addiction and recently published Leap of Power: Take Control of Alcohol, Drugs, and Your Life. Schwebel is also a human rights activist and has volunteered his time doing intake interviews for immigrants seeking asylum.

Worse. The extent of his overt racism, hateful speech, anti-science positions, greed regarding his businesses and policy-making that benefits him personally, and lawlessness all exceeded what I expected. I didn’t think he could undermine the justice department in the way he has. I underestimated his ignorance, vanity, self-dealing, and narcissism. His selfish needs were beyond what I ever imagined.

He has succeeded in undermining the justice system.

Yes. Bland, not well articulated. However, acceptable to me because our constitution and the rule of law is at risk and I support his election.

Yes, he has a chance. He is working hard to suppress voting. He is still trying to make Biden seem corrupt because of his son in Ukraine and he will use this as a weapon. I think he is trying to incite riots so he can be the “law and order guy.” I think he might win.

Be a dignified presence and learn to explain what he learned from past mistakes (supporting Iraq War and the crime law he engineered) and reassure progressive people that he is open to progressive ideas.

Resign because he is incapable of bringing the country together.

Controlling COVID with national policy; supporting families in need from COVID; signing on to the Paris Climate Agreement.

I’m frightened Trump will repress voting and incite riots and win people over as a “law and order” person; and that progressive Democrats might not come out to vote and then Trump will win.

Absolutely not. First of all, because of the coronavirus. Also, we should facilitate more voter participation, not less.

Do you think COVID-19 will affect voter turnout?

Fortunately, we have a well-developed system for voting by mail. But in a recent election, Republicans closed voting sites (before COVID) to reducing voting participation.

At this point, what is your preferred method of voting in November?

It will be by mail and has been for years now.

It is mismanaged with no national strategy, reckless decision-making and the promotion of anti-science positions.

Unless the science of prevention is applied, it will be disastrous.